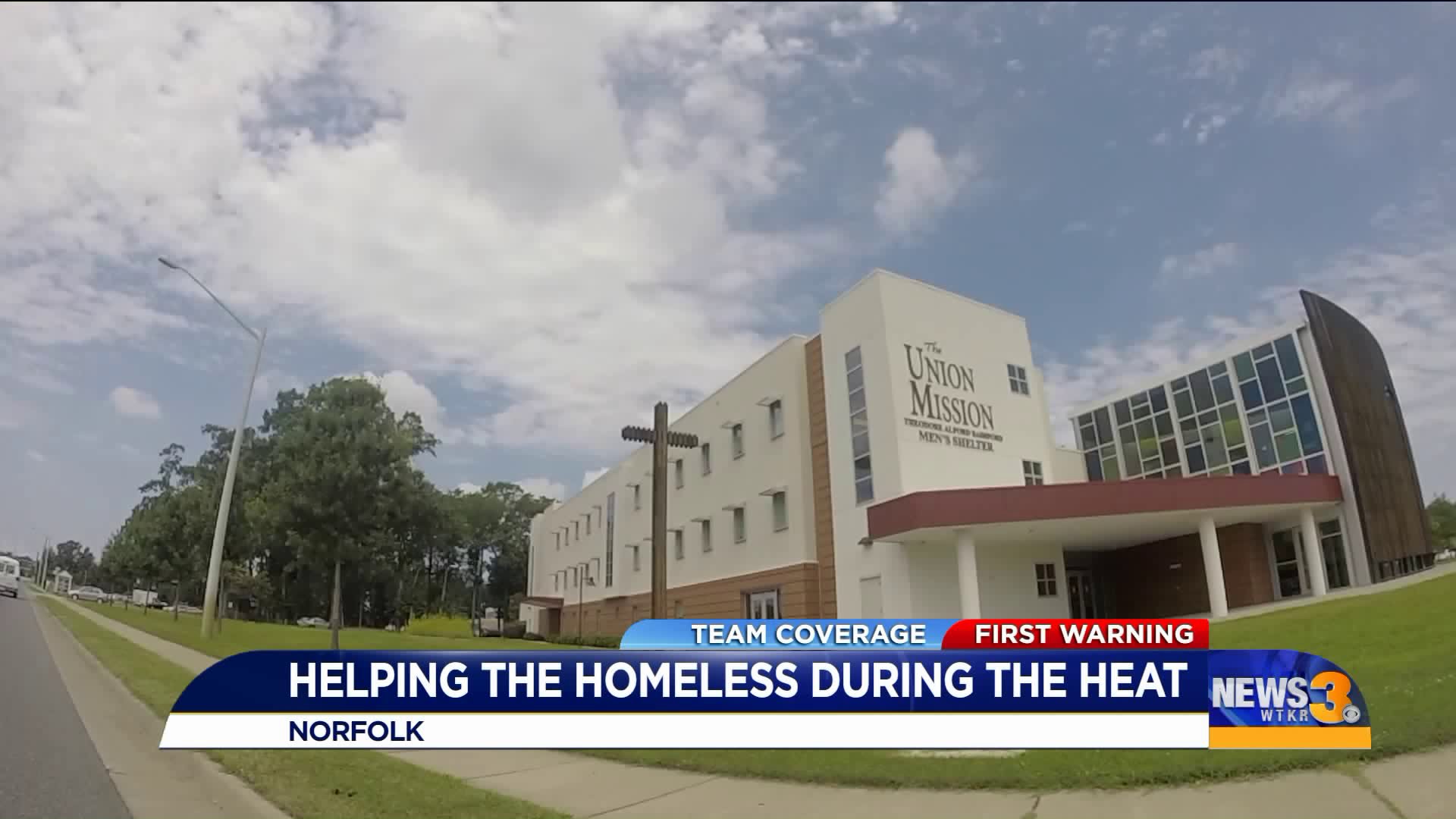 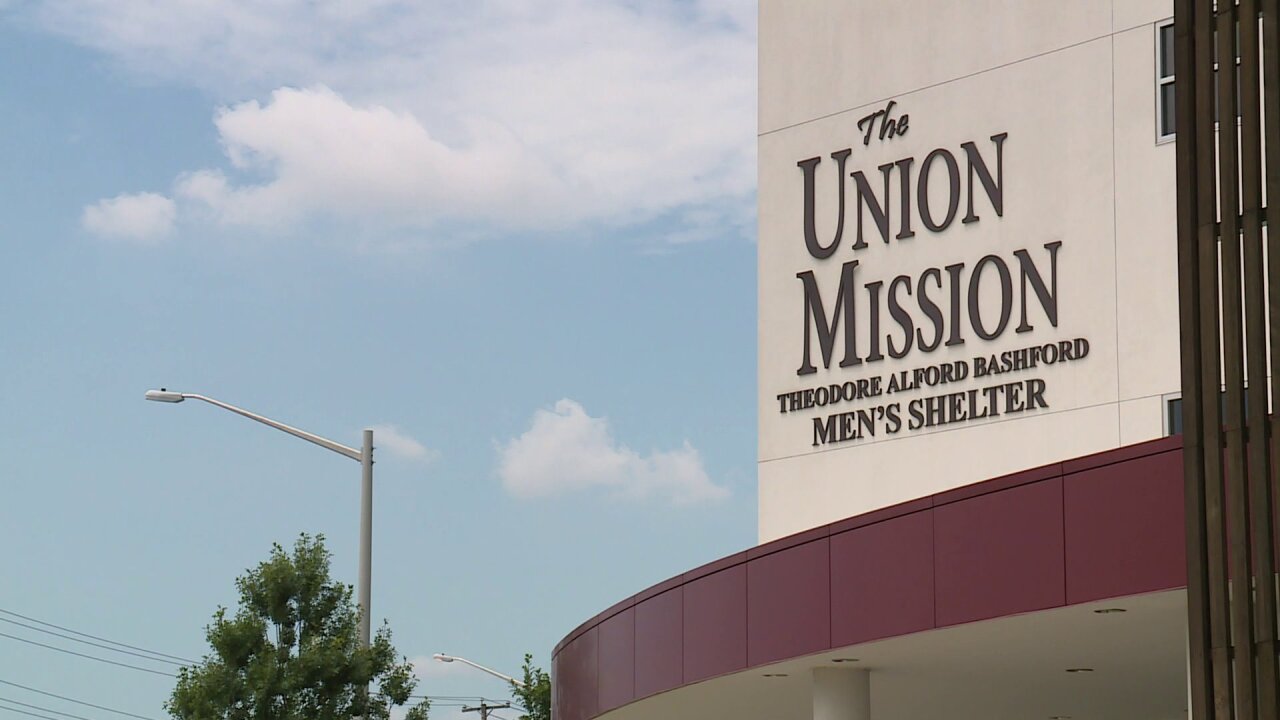 NORFOLK, Va. - A glimmer of hope is what Jeffrey Mullin and his friend spotted three weeks ago.

"We were just driving from the beach and he spotted it out of the corner of his eye," Mullin said.

Before the duo landed at the Union Mission in Norfolk, they were sleeping on the beach.

"We had to find any shade we could, try to go on the beach to cool down," Mullin said. "At night it gets cooler, but during the day we were all red from the sunburn."

Now, they and dozens of others are getting three square meals a day, ice-cold water and a spot in air-conditioned dorm rooms.

"The homeless living out on the street right now are subject to heat exposure, dehydration, spoiled food and no clean water," said Linda Jones, the Union Mission's public relations director.

Jones says the mission is stepping up during the heat wave by handing out additional food, fruit and water, as well as opening a day cooling center, leaving their dorms open for those who need it to come in off the street and take a rest.

Related: Your guide to getting out of the heat in Hampton Roads

"It's really been a blessing and a gift, especially with the temperatures getting so hot," said new shelter resident Andrew Richardson.

Their shelters, already serving more than 400 people a night, are seeing an uptick this week.

"We are getting way more calls, a lot more people calling and looking for a place to go, coming to our doors," Jones explained.

Many of those calls are coming from those less fortunate, accustomed to sleeping under overpasses or in their cars during this crippling heat.

"In this kind of heat, if you run out of money for gas, you can't run the air conditioning in your car -- you can't live in your car; it's impossible," Jones said.

Jones also said the irony for the mission is that when the temperature rises, donations drop. And now is the time they need it most with this influx.

The mission is looking for donations of bottled water, fruit and clothing. To learn more, click here.