ACC Football Kickoff: With six champs in six years, the Coastal’s not clear 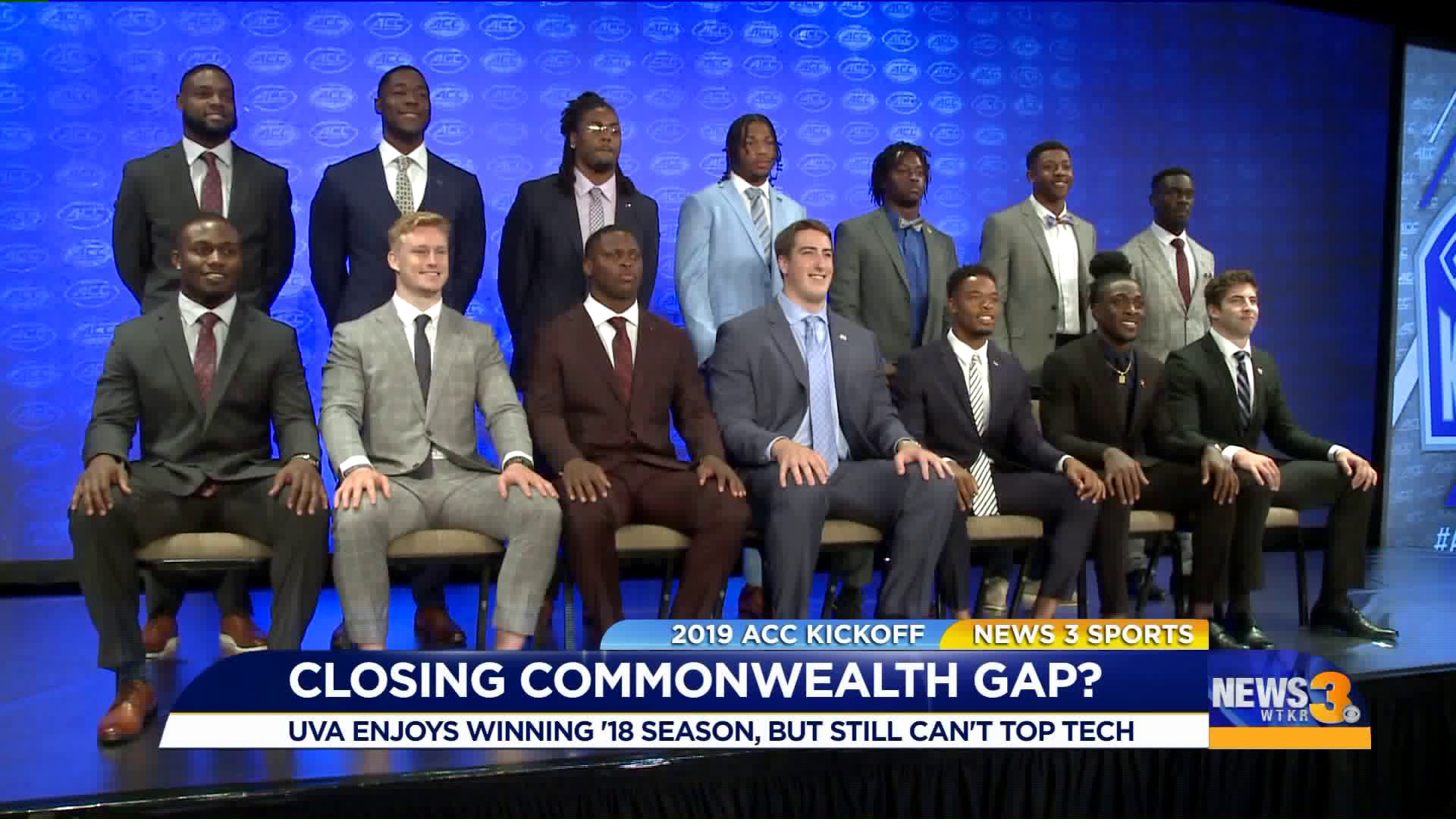 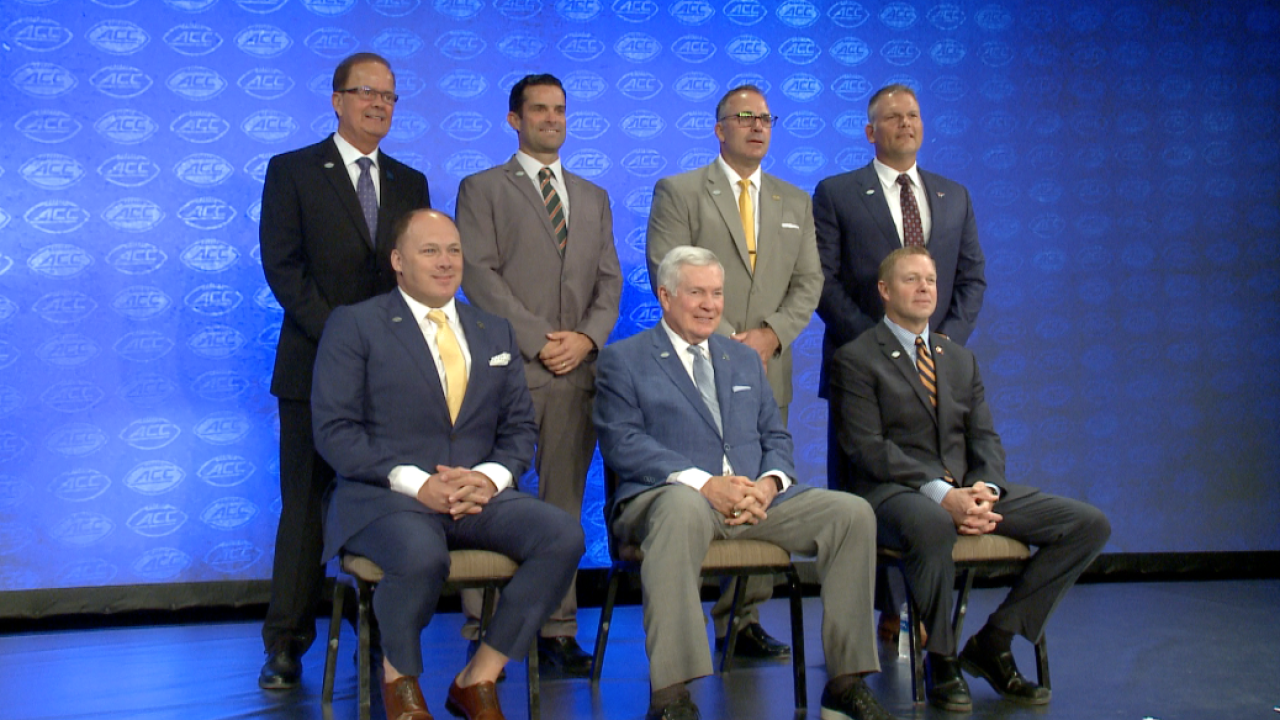 CHARLOTTE, NC - The sharpest fashion statement of day two at the ACC Football Kickoff in Charlotte was delivered by Pittsburgh receiver Maurice Ffrench and his spiked shoes.

And the other teams in the ACC's Coastal division hope to follow in Pitt's footsteps - with or without the fancy shoes. That's because a year ago, the Panthers become the sixth different team in six years to win the Coastal and represent the division in the ACC Championship. UVA is the only team without a title game appearance during that stretch.

"I'm not sure who has a better chance than us," Virginia head football coach Bronco Mendenhall said of his team's opportunity to win the Coastal division. "That would be realistic talk, not pretend talk. With a returning quarterback and a strong defense, we have as good of a chance as anyone."

"His expectation for us, that only gives us confidence," admitted UVA preseason All-American cornerback Bryce Hall.

Virginia Tech and defensive leader Reggie Floyd tote more than just the program's famed lunch pail around the Westin Charlotte. The Hokies are carrying the weight of last year's 6-and-7 record, Tech's first losing season since 1992.

"The media and everyone sees [Virginia Tech head football] Coach [Justin] Fuente as a happy face, but behind closed doors or when we're on that field, you can see he's a true competitor and he's ready to fight," Floyd, the Hokies safety, revealed.

"He felt like it was all on him, but we know a lot was on us," Tech tight end Dalton Keene said of Coach Fuente's reaction to last season's 6-and-7 mark.

"It wasn't good enough," Fuente, entering his fourth season as Tech's bench boss, admitted. "We know that. We can blame it on anything we want. But the bottom line is we have an expectation we need to live up to."

Despite the down year, Virginia Tech still manages to knock-off UVA for the Hokies' 15th straight victory against their arch rival. And in the biggest game of the season, the lack of wins is not lost on the Wahoos.

"We didn't beat them, so we still haven't achieved that goal - it's still one of our goals," explained UVA quarterback Bryce Perkins.

"The goal of beating Virginia Tech is still in place - that hasn't changed," Mendenhall added.

"That's always going to be a rivalry game," Floyd admitted. "We're both teams in Virginia and we're trying to show which one is the best."

The Hokies are in pursuit of a bounce-back season. UVA is chasing its rival and a division title. Sounds like everyone needs to have on the proper footwear for the 2019 campaign.