Virginia couple saves neighbor who was unconscious inside burning home 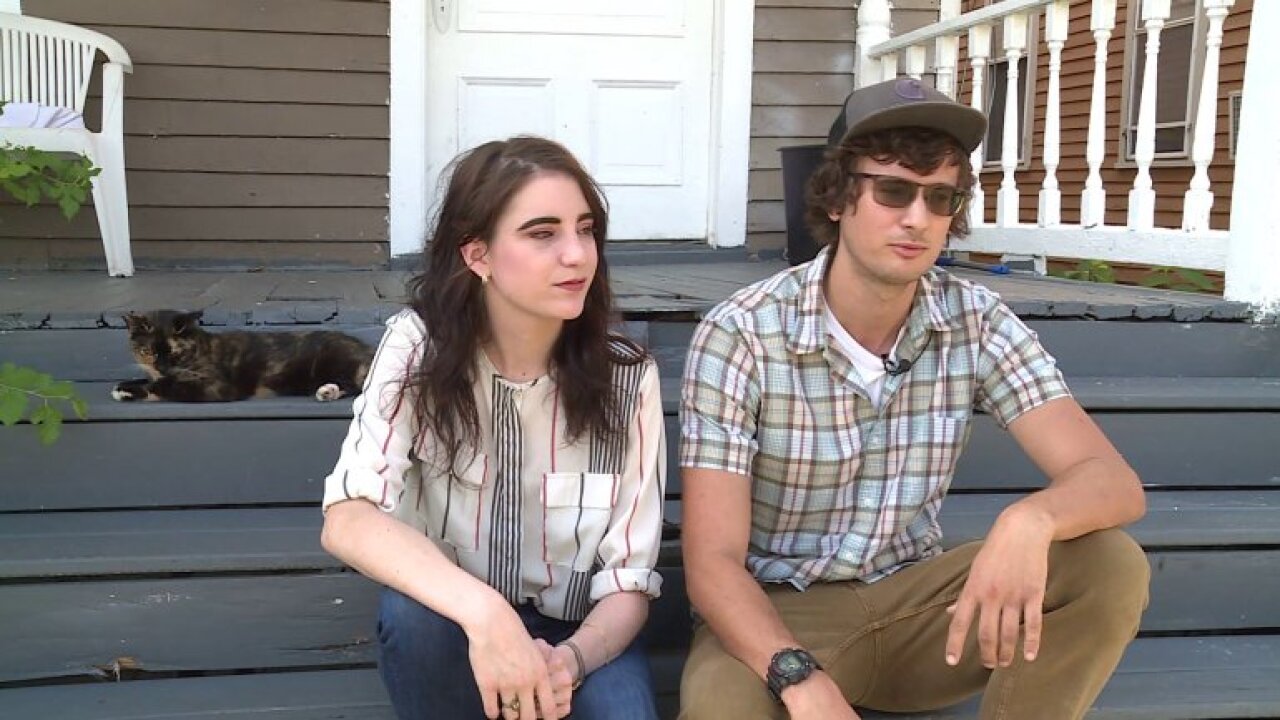 PETERSBURG, Va. — A young couple is being called heroes after a daring rescue to save a neighbor inside a burning home Saturday morning in Petersburg, Virginia, according to WTVR.

Sarah Gray woke up to the smell of something burning. When she asked her boyfriend Rob Turner if he smelled something he said no.

But then the smell of smoke filled the air. After looking outside, they knew something was wrong so she called 911.

Turner and Gray then walked outside, down the sidewalk to the house next door on Filmore Street.

Gray says one of the women who live there said her apartment was on fire and her fiancée was still upstairs. She says she knew they couldn’t just stand by and do nothing.

“Rob and I looked at each other and were, ok, and I think almost immediately we tried to run up there,” said Gray.

The pair made it to the top of the stairs on the second floor and saw a man lying on the floor unconscious. The couple says the smoke drove them back outside for fresh air.

“Someone said there was no point to it because it was too bad,” said Gray but she and Turner weren’t giving up so easily.

This time though they have a plan.

“We knew what it was like up there, we felt we could go back in and come out quickly enough,” said Turner.

The pair rushed back inside the burning home a second time.

“We went up together and one of us holding the phone for a light… we saw him, grabbed his legs and we kind of shimmied him down the stairs… then at that point just carried him out to the grass here,” said the couple.

The pair says they don’t consider themselves heroes, believing anyone in their positions would have done the same thing.

The victim is listed in Stable Condition at VCU’s Burn Center. The cause of the fire is undetermined but not considered suspicious.