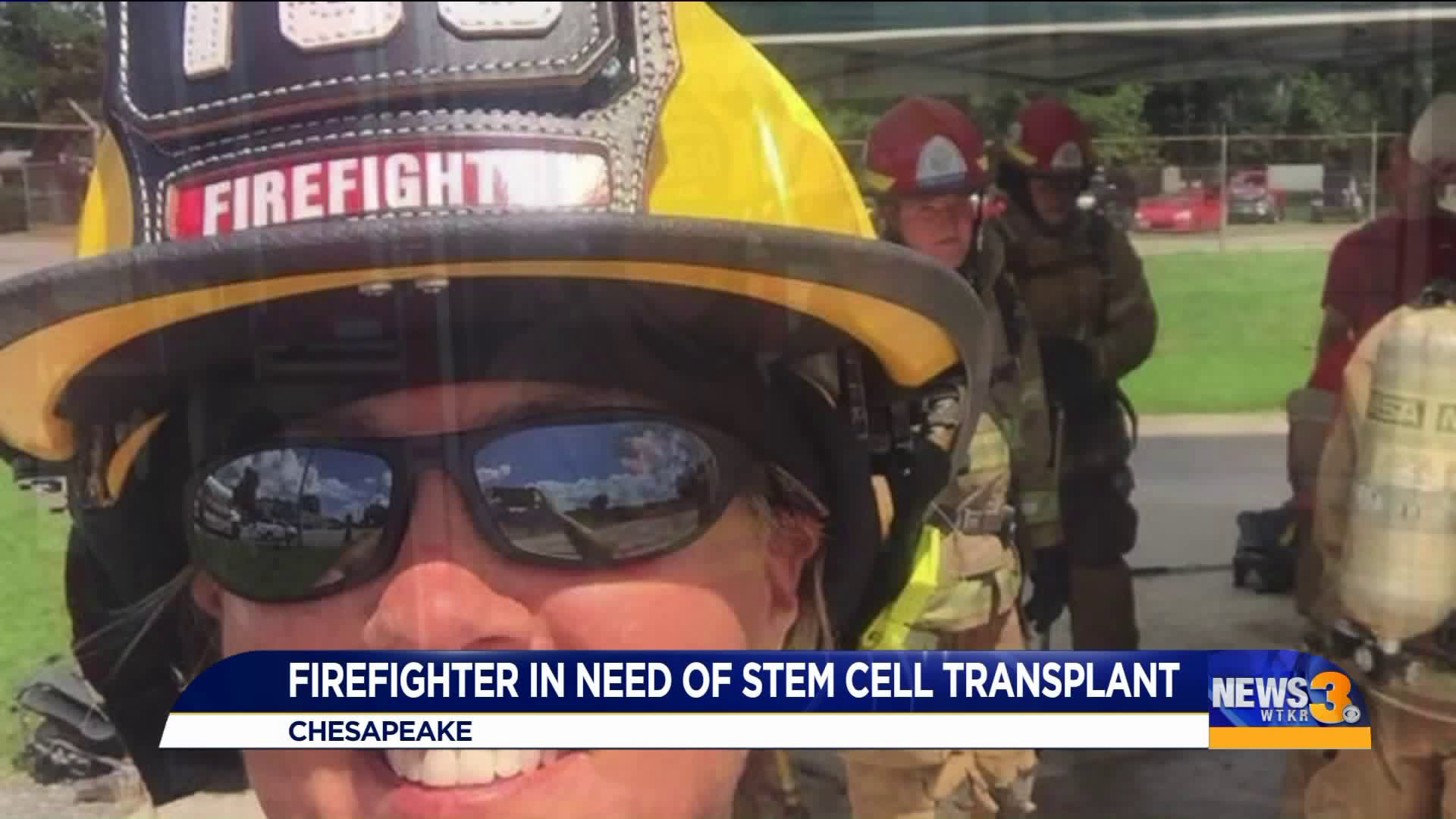 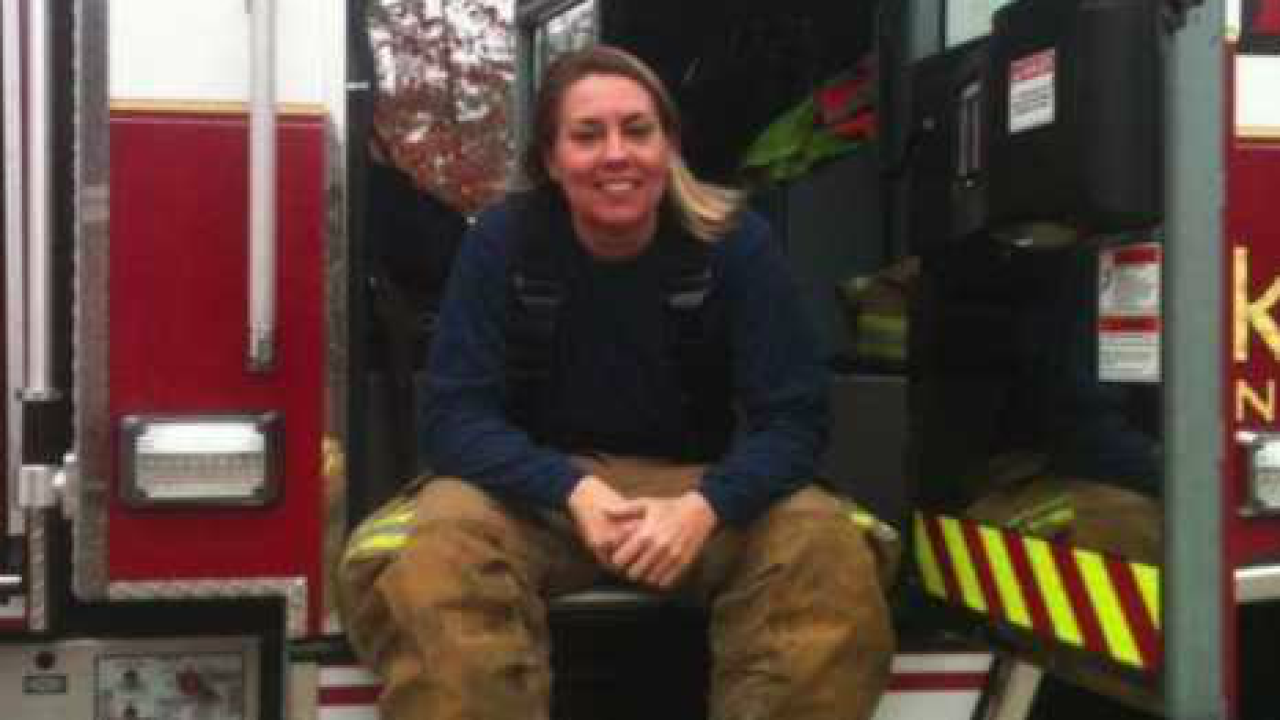 CHESAPEAKE, Va. - 52-year-old Lisa Brandt has been working as a Chesapeake firefighter for 18 years now. But, up until recently, she hasn’t been putting out any flames because she’s trying to extinguish a personal battle of her own.

Although she looks healthy on the outside, she is struggling internally.

“If I push myself way too much for the certain activities, I get completely out of breath. I’ll start feeling a chest pain," says Brandt.

Three years ago, Lisa had colon cancer and beat it – leaving her to need a check up every six months. This past March, she did just that – but this time she found something was wrong, yet again.

“They did blood work and my blood work was really low, but my scans showed everything normal – that I wasn’t growing a tumor. So, this became a mystery. It’s been a mystery up until June 25," says Brandt.

A mystery not quite figured out until she gets a match for a stem cell transplant.

What she does every single day without thought – like putting on her fire gear or exercising in a CrossFit class – is now completely wearing her out. She says her kidneys sometimes ache and feel like heavy rocks sitting inside of her abdomen. She’s been on light duty at the fire house since April.

“A friend of mine sent me a post that stated, ‘When God puts a Goliath in front of you, He must believe there is a David inside of you.' I read that daily," says Brandt.

A message of hope – giving her strength everyday. While she’s battling her own Goliath, Lisa is desperately waiting to hear some good news from Be The Match, a registry geared toward saving lives by providing transplants.

“This is something where each person [can help]; all they have to do is make the decision and commitment to join the registry and be a potential match for someone. Once you receive your kit, it takes less than a minute to swab your cheeks and turn it right back in. You can do it at your mailbox," explains Amy Schatz with Be The Match.

A free process taking minutes to complete. More than 80% of the time, the process of donating is the same process as donating platelets or plasma.

But, finding matches has been difficult because not everyone registers - especially those of African American, Asian and Hispanic descent.

There are 14 million people registered on Be The Match, and out of the 14 million Lisa has not matched with one.

Lisa says she knows she’s not alone in this, but she wants to bring awareness. And, of course, she wants more people to register so she and everyone else on the list can have a fighting chance.

For more information on how to get involved and register for Be The Match, click here. You can also text "LisaStrong" to 61474.