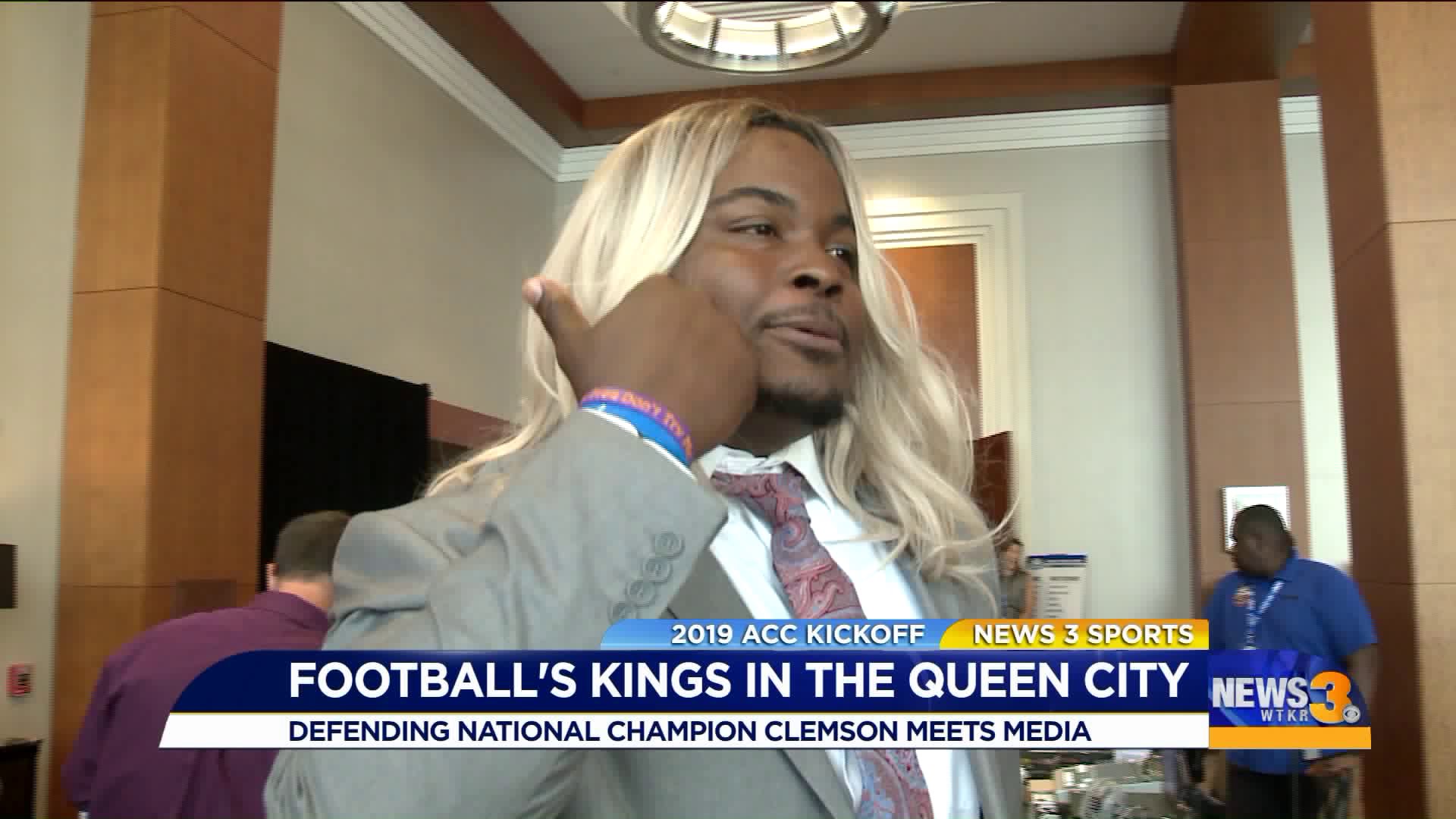 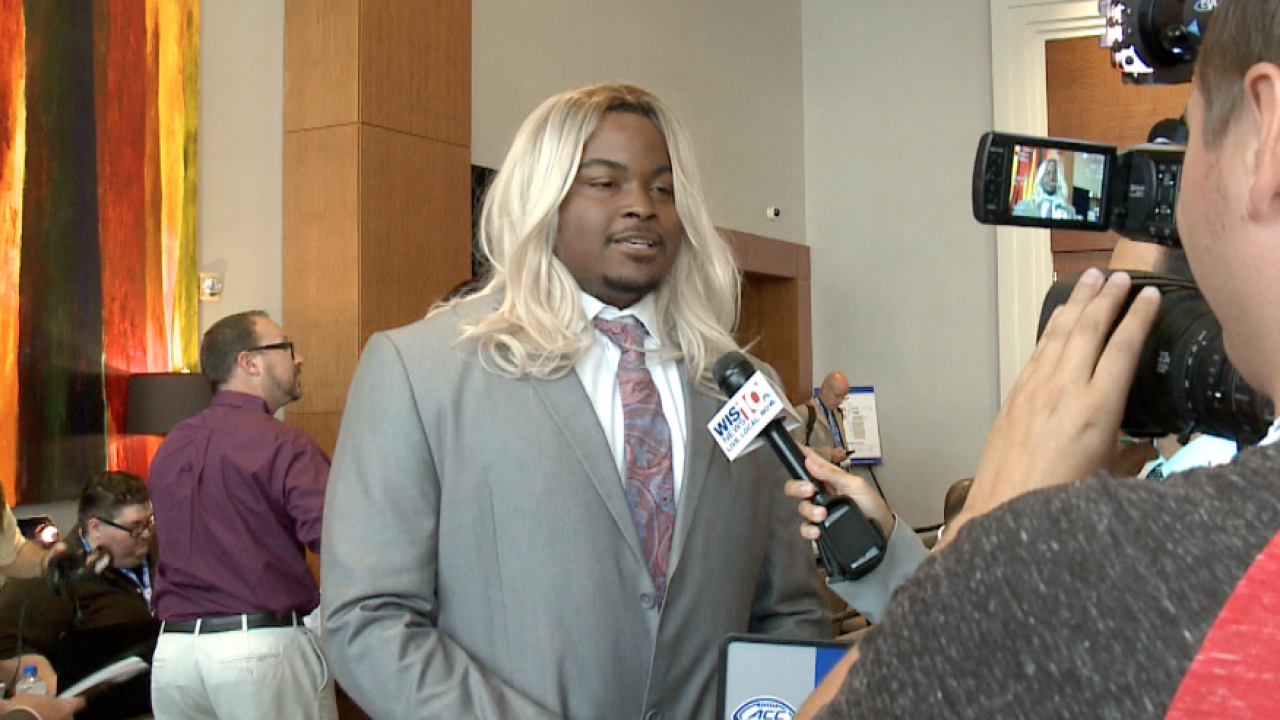 CHARLOTTE, NC - As a conference than can claim three of the last six college football national champions, the ACC is hot. Apparently, too hot.

A fire alarm briefly disrupts day one of the ACC Football Kickoff at the Westin Charlotte Wednesday. However, it was just an alarm. Nobody was running around with their hair on fire - not even Clemson's John Simpson.

Simpson, the senior offensive lineman for the four-time defending ACC champions and reigning national champs, wears a blonde wig during several interviews Wednesday. It was more than just a fashion statement.

The wig's hairdo mimics the hair of Clemson's star quarterback, Trevor Lawrence. Tigers head coach Dabo Sweeney does not bring Lawrence, currently the odds-on favorite to win the 2019 Heisman Trophy, to represent Clemson at the conference's media days. Therefore, by Simpson wearing a blonde wig, the Tigers' quarterback is 'hair' in spirit.

"I was like, 'You sure coach?," Simpson explained. "He said it wasn't really up for debate. So, I just ran with it. And I've got some clout now."

Simpson may have been wearing a wig, but he was not wearing a ring. In fact, nobody - including Sweeney, from the defending national champions, the Tigers' second title in three years, wore their title rings Wednesday in Charlotte. They tell us, it's a rare fashion statement.

"I had my buddy's wedding the other day, and I couldn't wear [the rings]," admitted Clemson safety Tanner Muse. "I didn't want to steal their thunder. I really don't ever wear them. If I wore them today, they'd brighten up this whole room."

That actually has a nice ring to it. It's much better than lighting up the ring courtesy of the fire alarm.