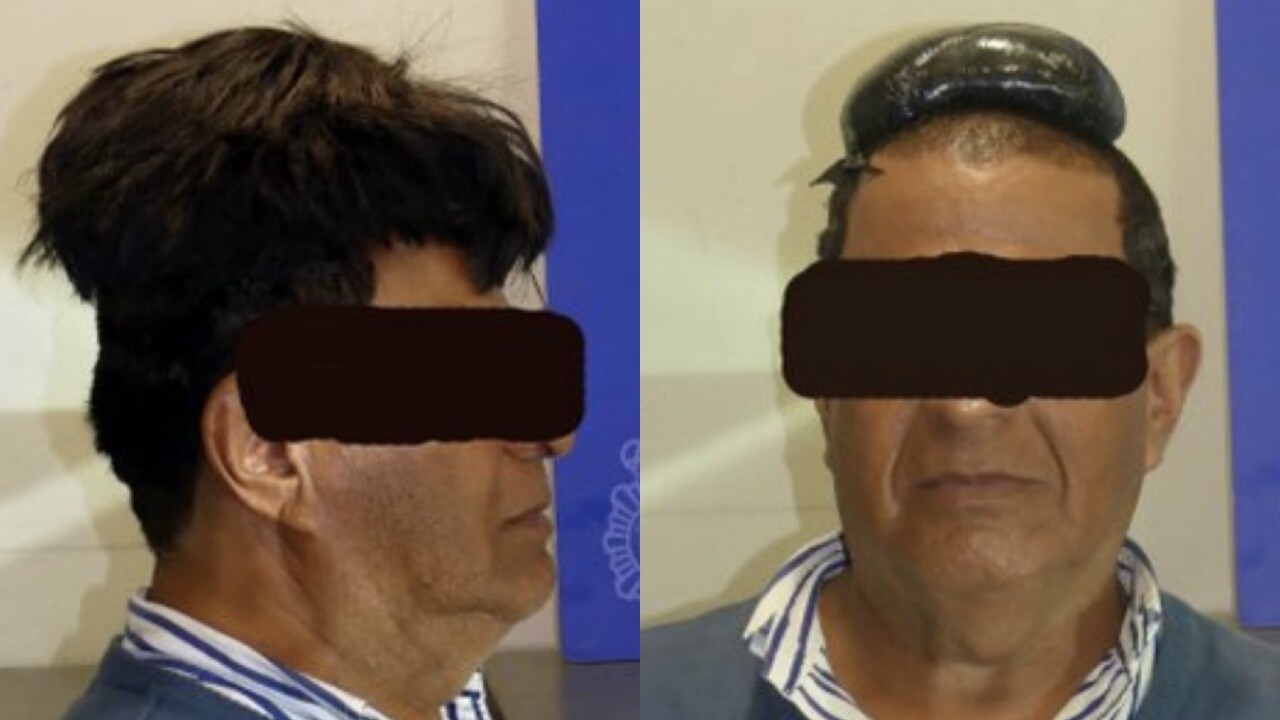 BARCELONA – Drug smugglers have come up with some novel ways of moving their goods around the world undetected, but a recent incident at Barcelona airport involved a surprisingly low-tech approach.

A man was arrested after drugs were found underneath his hair piece, according to Spain’s national police.

The Colombian national had hidden half a kilogram of cocaine, worth around 30,000 euros ($34,000), under an oversized wig. He was stopped by police officers who noticed him looking nervous as he passed through security after flying in from Bogotá, Reuters reported.

Police released photos of the man — one with the wig on, and the other showing the package of drugs stuck to his head — but did not identify him. “His hair is going to fall off!” they jibed.

He was arrested at the end of June, according to Reuters.

In May, Spanish police arrested 12 members of a crime ring which smuggled cocaine-infused plastic products from Colombia before extracting the drug at three specialized laboratories.

Related: Florida woman pulls gator from pants after cop asks if she has ‘anything else’

The gang, led by grandparents and parents of the same family, was capable of producing more than 600 kilograms of cocaine each month, the national police force said in a statement.

In June, a Brazilian Air Force officer traveling with Brazilian President Jair Bolsonaro was arrested after he was caught with 39 kilograms (roughly 86 lbs.) of cocaine in the city of Seville, southern Spain.