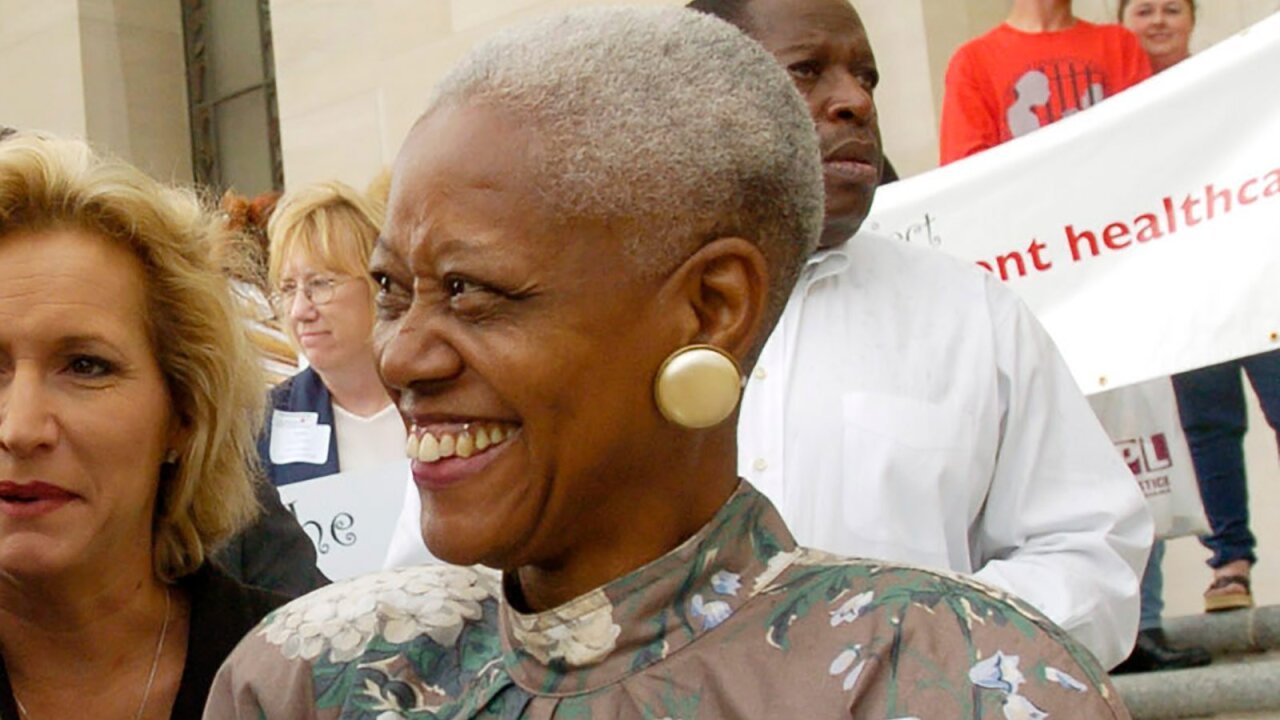 A beloved activist and founder of an African-American museum in Baton Rouge was found dead in the trunk of a car, according to police.

Activist Sadie Roberts-Joseph’s alleged killer was likely a tenant in one of her rental homes and behind about $1,200 on his rent, Baton Rouge Police Chief Murphy Paul said Tuesday.

A beloved activist and founder of an African-American museum in Baton Rouge was found dead in the trunk of a car, according to police.

The chief emphasized that this is investigators’ belief, but they have yet to establish “a complete, solid motive at this time.”

He was the subject of a warrant for failing to register as a sex offender, East Baton Rouge Parish Sheriff Sid Gautreaux said. Online records indicate he was booked into the jail on that charge Tuesday.

The arrest came after Paul expressed confidence that an arrest would be made in the case of the community stalwart and museum founder who was found dead in the trunk of her car last week.

Following an autopsy on Monday, the East Baton Rouge Parish Coroner’s Office determined the preliminary cause of death was “traumatic asphyxia, including suffocation.”

Roberts-Joseph, 75, did not die by strangulation, coroner Beau Clark told CNN, adding without elaboration that her nose and mouth were blocked. No other details were released. A toxicology report will be available in three weeks, Clark said.

Her family saw her earlier that day

Her body was recovered about 3:45 p.m. Friday after an anonymous caller reported finding her, according to Baton Rouge police spokesman Sgt. Don Coppola.

The car was located behind a vacant home, Paul said. Two residents who reported the body in the car have been cleared as suspects, the chief said.

Her family had seen her earlier that day, Coppola said. She had been making cornbread with her sister, according to her niece, Pat LeDuff.

Her life should not have ended that way, her son, Jason Roberts, said in an interview with CNN affiliate WBRZ.

His message to her killer: “You stole light. You stole a warm, loving, giving and caring woman. And it wasn’t just for her family. She cared for the city. She cared for you. She would want forgiveness for you.”

‘A jewel in this community,’ police chief says

“Her passion for humanity, for civil rights, for education, for cultural awareness spoke volumes and she was recognized throughout this community for her love for the community and for her activism,” Broome said.

In 2001, she founded the Odell S. Williams Now and Then African American Museum and for years hosted the city’s Juneteenth festivities, which celebrate the last slaves in the Confederate states learning of their independence more than two years after the Emancipation Proclamation was signed.

She also founded Community Against Drugs and Violence, a non-profit organization focused on creating a safer environment for children in north Baton Rouge.