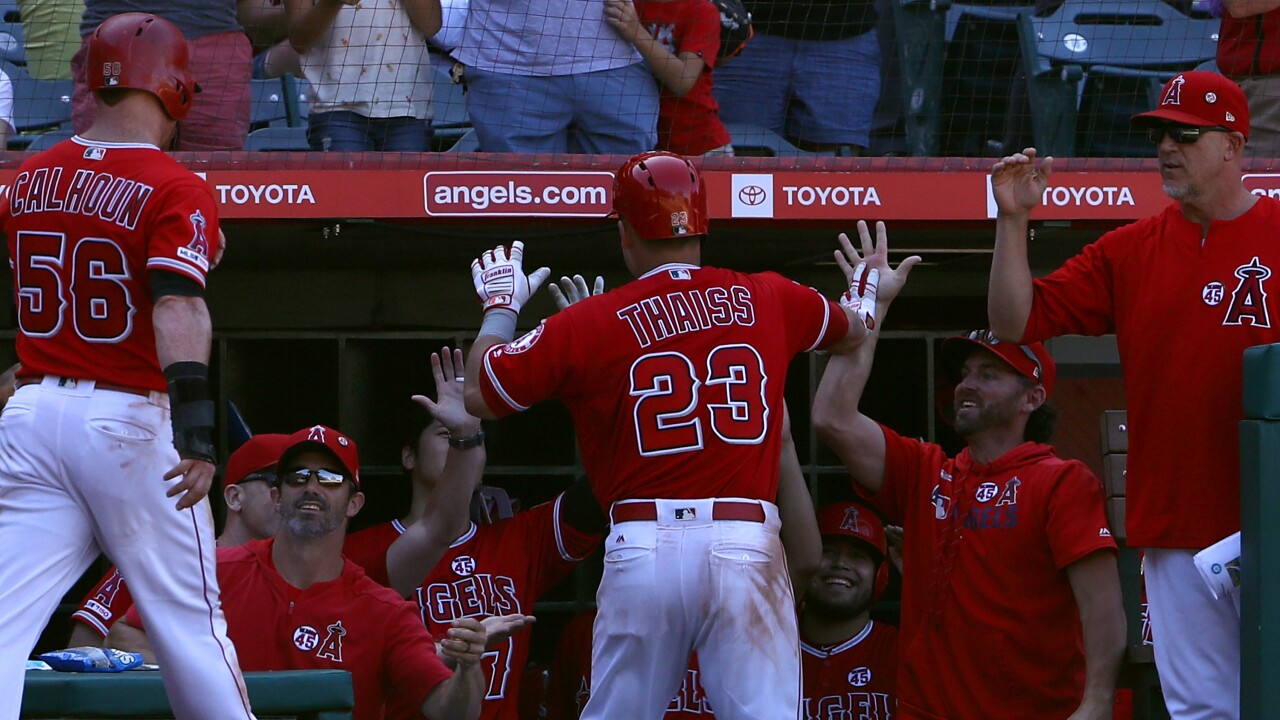 Matt Thaiss #23 of the Los Angeles Angels is congratulated by teammates as he enters the dugout after hitting a three-run home run. (Photo by Victor Decolongon/Getty Images)

ANAHEIM, Calif. – Earlier this month, former University of Virginia catcher Matt Thaiss was called up to the bigs.

In his first MLB at-bat, he doubled and brought in the Angels’ first run in what would be a 6-2 win over the Rangers.

On Sunday, he hit another big milestone. The 24-year old hit a three-run shot to right-center field for his first Major League home run.

Matt Thaiss #23 of the Los Angeles Angels is congratulated by teammates as he enters the dugout after hitting a three-run home run. (Photo by Victor Decolongon/Getty Images)

“It was a great feeling. It’s truly something I’ll never forget and it was awesome to see the smile on Kole [Calhoun’s] face when I crossed home,” Thaiss said in his postgame interview on Fox Sports West.

“It’s been unbelievable how welcoming this clubhouse is and just the teammates that are in there, and how they’ve all come together this week.”

Thaiss was drafted in the first round, 16th overall, out of UVA during the 2016 draft. He was a catcher in college, but the Angels have utilized him as an infielder. During his junior season he led team with a .357 batting average and ranked third in the ACC with 32 RBI.