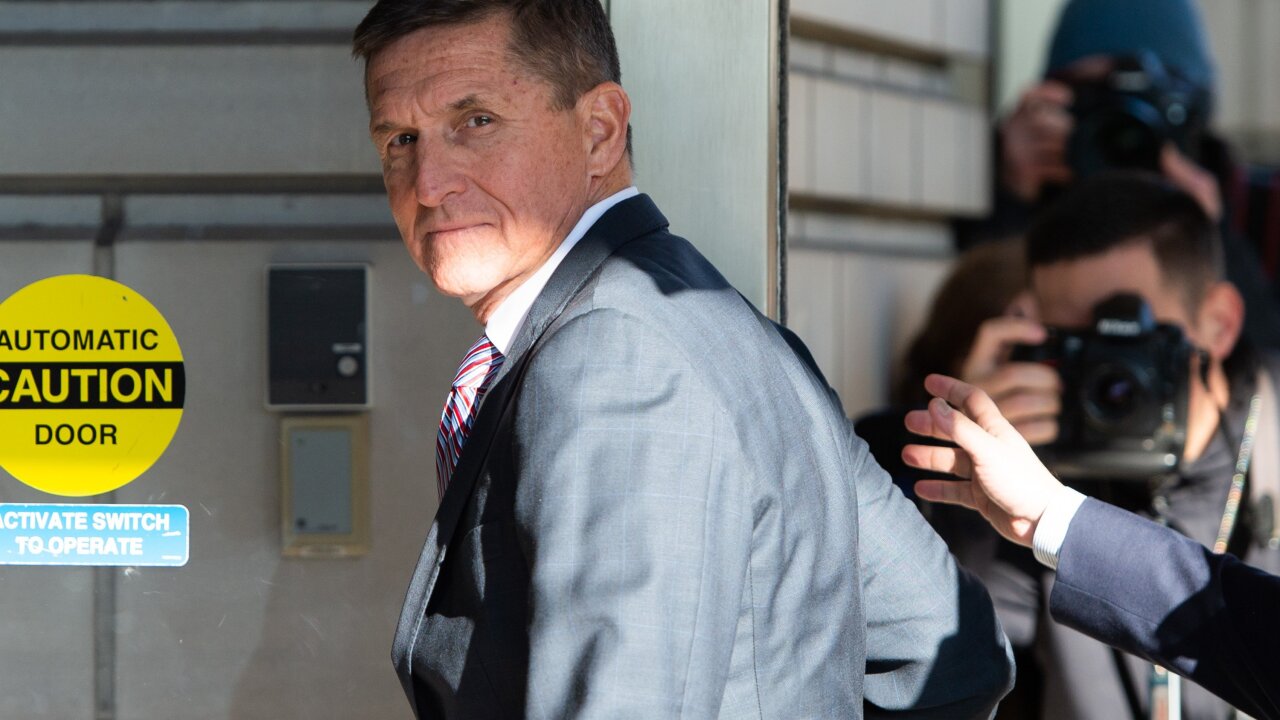 A court hearing on Friday revealed that US authorities have previously unknown information about former national security adviser Michael Flynn doing secret work for the Turkish government “because of (his) relationship with an ongoing presidential campaign.”

A court hearing on Friday revealed that US authorities have previously unknown information about former national security adviser Michael Flynn doing secret work for the Turkish government “because of (his) relationship with an ongoing presidential campaign.”

Flynn has previously only admitted publicly to filing false foreign lobbying disclosure documents regarding work for Turkey done by his lobbying group the Flynn Intel Group in 2016.

Prosecutors wrote to lawyers for Flynn’s ex-lobbying partner Bijan Kian that the US government was “in possession of multiple, independent pieces of information relating to the Turkish government’s efforts to influence United States policy on Turkey and Fethullah Gulen, including information relating to communications, interactions, and a relationship between Ekim Alptekin and Michael Flynn, and Ekim Alptekin’s engagement of Michael Flynn because of Michael Flynn’s relationship with an ongoing presidential campaign, without any reference to the defendant of FIG.”

Kian’s attorney Mark MacDougall read the statement at a court hearing Friday morning. He implied that the newly revealed information about Flynn — which was not part of his admitted crimes in his plea deal with special counsel Robert Mueller — may be classified.

Flynn’s attorney Sidney Powell responded to the new accusation Friday, saying, “We have no idea what the government is talking about. It smacks of desperation.”

Powell continued, “Whatever it is, it cannot be new information to the prosecution, and it was only a few months ago prosecutors recommended probation for him. As we have said in our recent filings, this can only be retalition for his refusal to answer a question the way they wanted.”

Allegedly, Flynn’s lobbying group and Kian had contracted with Alptekim, a Dutch-Turkish citizen who’s been criminally charged in the US but lives in Turkey, in 2016 to smear Gulen while he lived in the US. The Turkish government has wanted to extradite Gulen to Turkey, and Flynn admitted to publishing an op-ed in The Hill newspaper on Election Day 2016 about Gulen and the US-Turkish relationship that was supervised by Turkish officials. Flynn then became Trump’s first national security adviser and a top adviser during the presidential transition.

After Flynn’s guilty plea in late 2017, prosecutors charged his Flynn Intel Group partner, Bijan Kian, with illegally lobbying for Turkey. Kian’s trial is about to start on Monday. Kian’s defense team received the statement Friday morning from prosecutors in the Eastern District of Virginia as part of the pre-trial preparations.

This comes as Flynn’s cooperation deal with prosecutors is in jeopardy, after they accused him of trying to change his story from what he pleaded to, and dropped him as a government witness at the Kian trial.