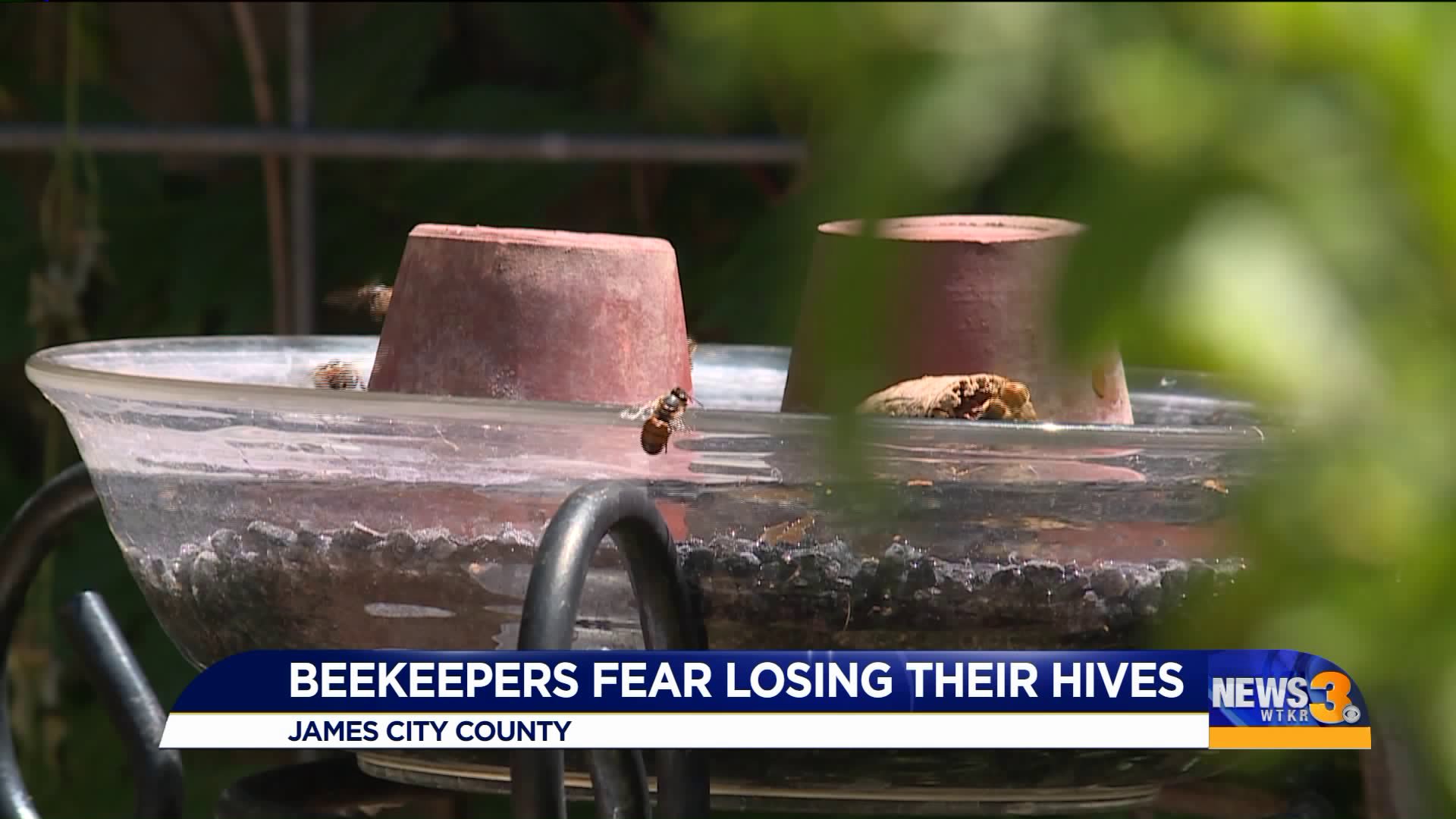 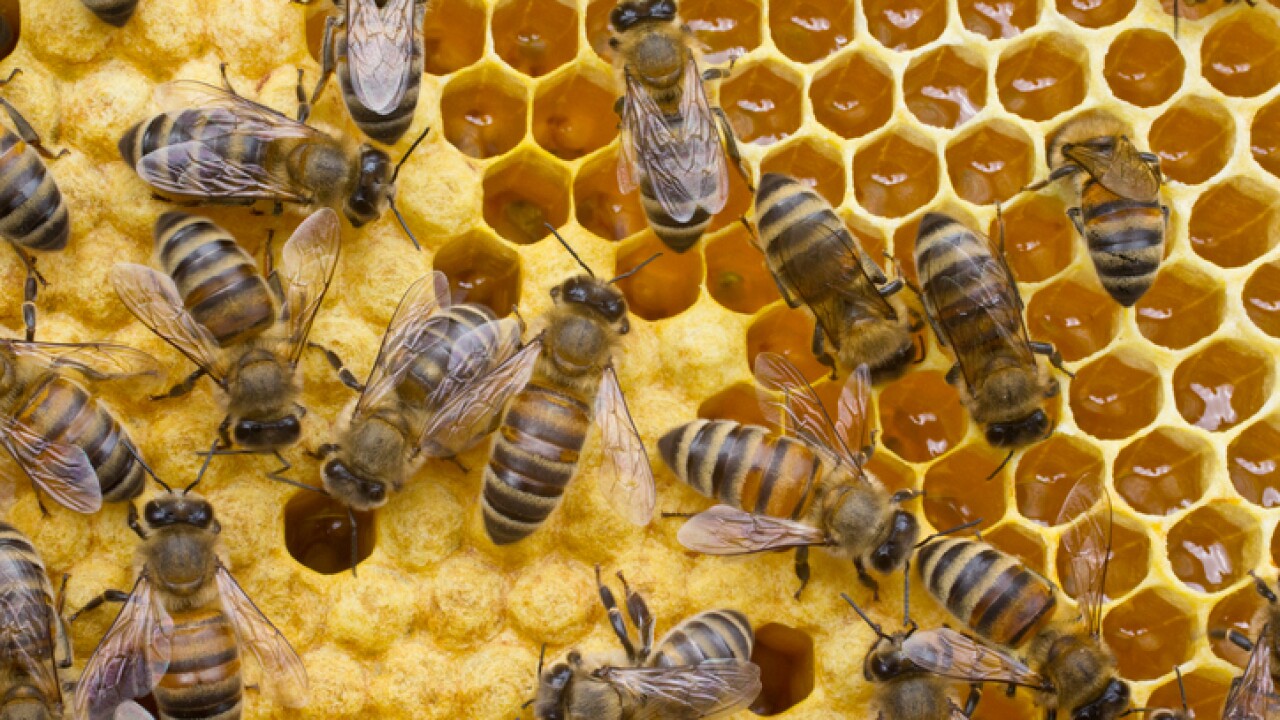 "This is part of my morning routine; it helps my anxiety. I come out and see my ladies and make sure their sugar water is full," said Spruill.

There are more than 150 backyard beekeepers in her county, where the bees represent more than just a humming hobby.

"I do it to help the environment, and honey is a beautiful secondary thing," Spruill stated.

According to Michael Garvin, President of the Williamsburg Area Beekeepers, every third bite of what you eat is made because of the honeybees.

"One third of everything we eat is pollinated by bees, so without them we are without blackberries, avocados, almonds and other fresh produce that relies on pollination," Garvin explained.

Recently, Spruill, Garvin and the rest of the beekeeping community became all "a-buzz" after one of their fellow county keepers was forced to give up her coveted hives that she had nurtured for more than seven years.

"She received a letter saying staff in the county received a complaint about the bees, and she had to get rid of hives with no opportunity for recourse or any accommodations made on her end," Spruill explained to News 3.

James City County Zoning Administrator Christy Parrish was aware of this complaint. She told News 3 by phone Monday that beekeeping is not permitted in residential areas but is allowed in agricultural areas. The frustration from the beekeepers lies in the fact that the ordinance is not spelled out. Parrish stated since it's not listed as permitted, it is known as an exclusion law:

"Clearly, the county is saying, 'What you are doing is technically not allowed, but we aren't gonna crack down on you.' We don't feel like that is safe enough for us," said Spruill.

Parrish says the county will not be cracking down on those with backyard hives; they will only enforce it at this point on a complaint basis.

"We don't want to wait until a complaint is made, and there is no recourse on our end," Spruill explained. "Jamestown is the birthplace of beekeeping; they were brought here in 1622. We think they should capitalize on that, embrace that and work with us."