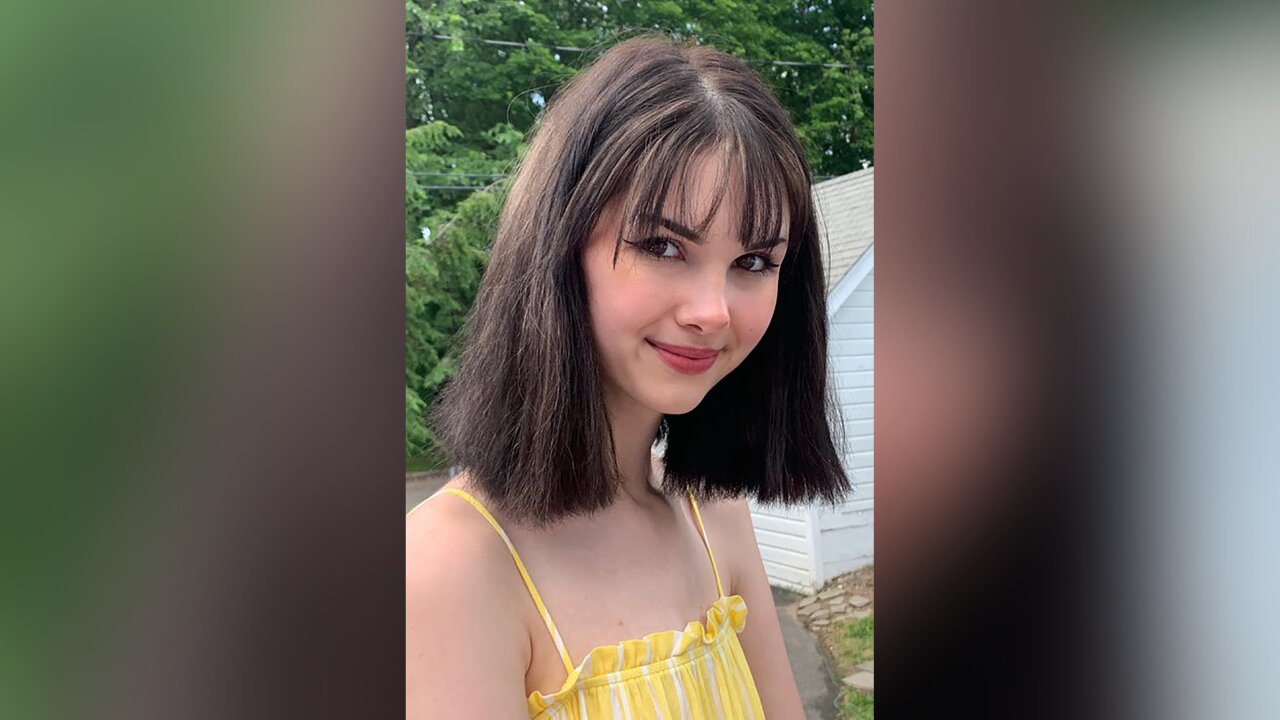 Bianca Devins, 17, was found dead Sunday with extensive injuries to her neck. Police said the suspect in her death shared photos of her body on the gaming chat app Discord.

A recent high school graduate — who cultivated an online following, particularly among gamers, by posting selfies — was killed over the weekend

The suspect then shared graphic photos of her dead body online, the Utica Police Department said.

Bianca Devins, 17, was found dead Sunday with extensive injuries to her neck. Police said the suspect in her death shared photos of her body on the gaming chat app Discord.

Bianca Devins grew her following across several apps where she shared photos and details about her life.

Around 7:20 a.m. Sunday, police responded to several 911 calls in Utica, New York, about a suicidal man who claimed to have killed a woman, the department said.

When officers arrived, the man began to stab his neck with a knife, police said.

The suspect then laid down on a tarp on the ground. Police said the officer saw brown hair protruding from underneath the tarp, and the suspect confirmed it belonged to the woman he said he harmed.

Police identified the victim as Devins. She had extensive injuries to her neck, they said.

Related: ‘It’s a joke’: Man who raped dying teen gets less than 3 years in prison

The pair met two months ago

Police said the pair met on Instagram about two months ago and their relationship grew into a close one.

The couple was driving back from a concert in New York City sometime after 10 p.m. Saturday. Police said an argument between the two precipitated her death.

“It is believed that he took and distributed photographs of the killing on the Discord platform,” police said. Discord is a text and video chat app for gamers.

Members of Discord who viewed the images and posts contacted the Utica Police Department.

“We are shocked and deeply saddened by this terrible situation. We are working closely with law enforcement to provide any assistance we can. In the meantime, our hearts go out to Bianca’s family and loved ones,” a Discord spokesperson told CNN.

The suspect, identified by police as 21-year-old Brandon Clark, underwent emergency surgery and is expected to live, police said.

Charges will come once officials interview him, they said. CNN has not been able to determine if Clark has retained a lawyer.

Devins planned to attend college in the fall

Devins’ family issued a statement through police thanking friends and family for their prayers.

“Bianca, age 17, was a talented artist, a loving sister, daughter, and cousin, and a wonderful young girl, taken from us all too soon. She is now looking down on us, as she joins her cat, Belle, in heaven.”

Devins had planned to attend Mohawk Valley Community College in Utica in the fall, her family said.

“Bianca’s smile brightened our lives. She will always be remembered as our princess.”