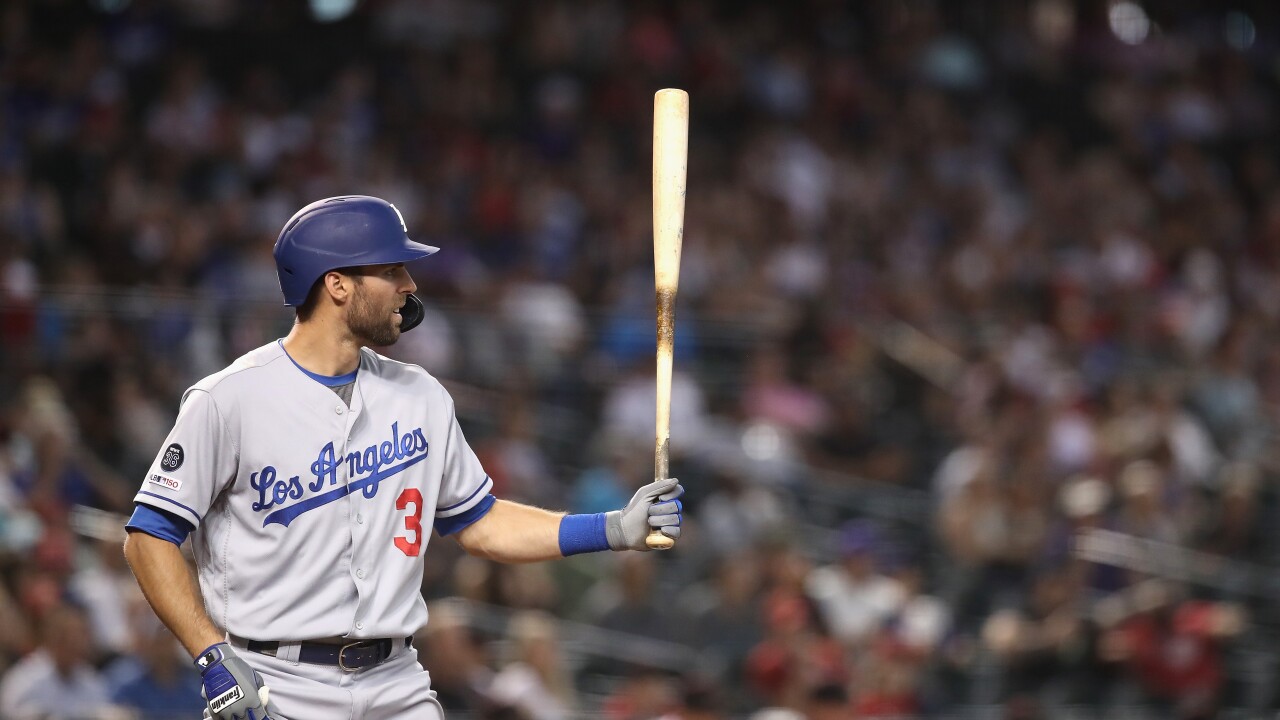 Chris Taylor of the Los Angeles Dodgers reacts after advancing to second base on a overthrow. (Photo by Kevork Djansezian/Getty Images)

Taylor was selected in the fifth round of the 2012 MLB Draft.