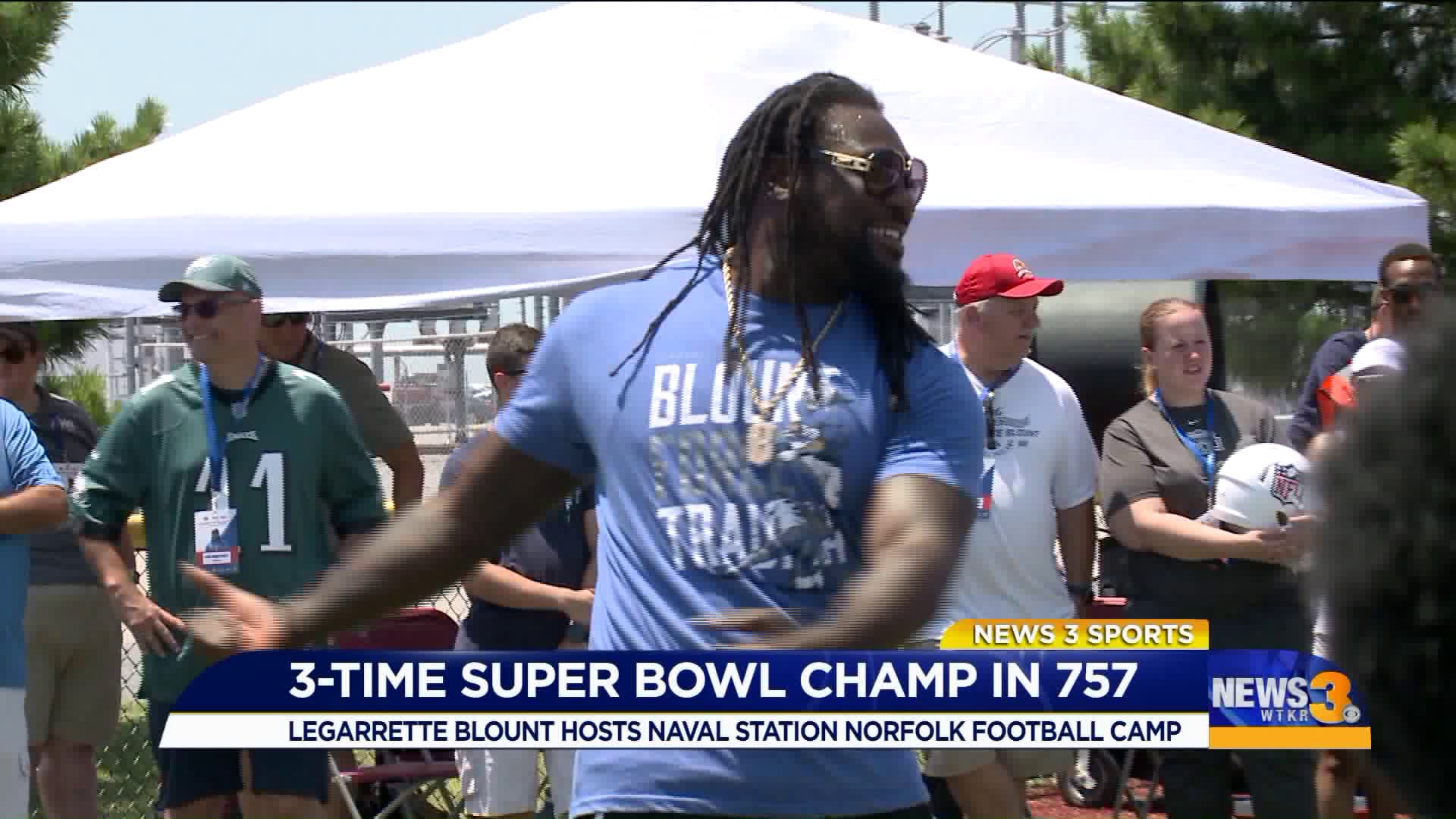 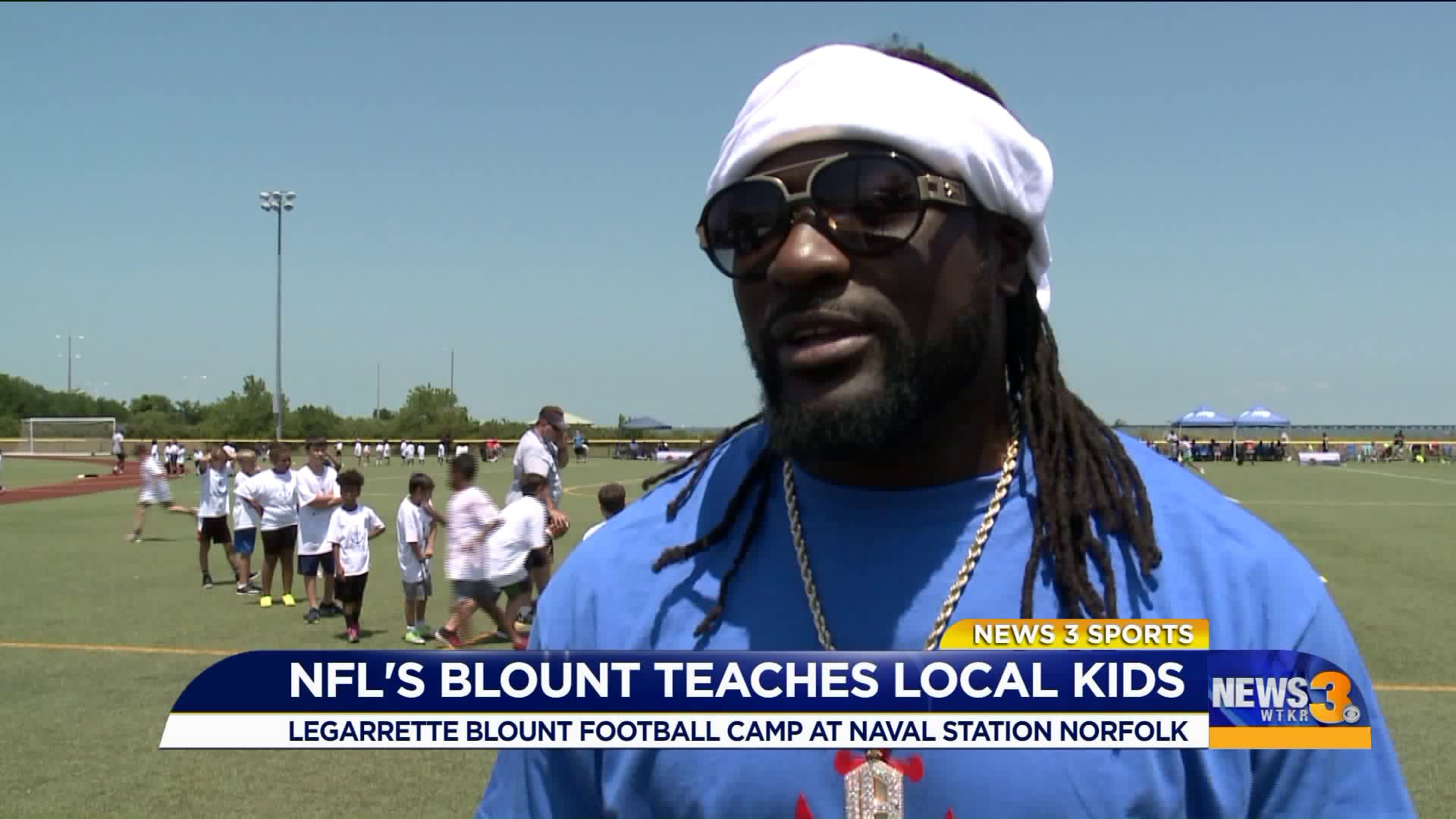 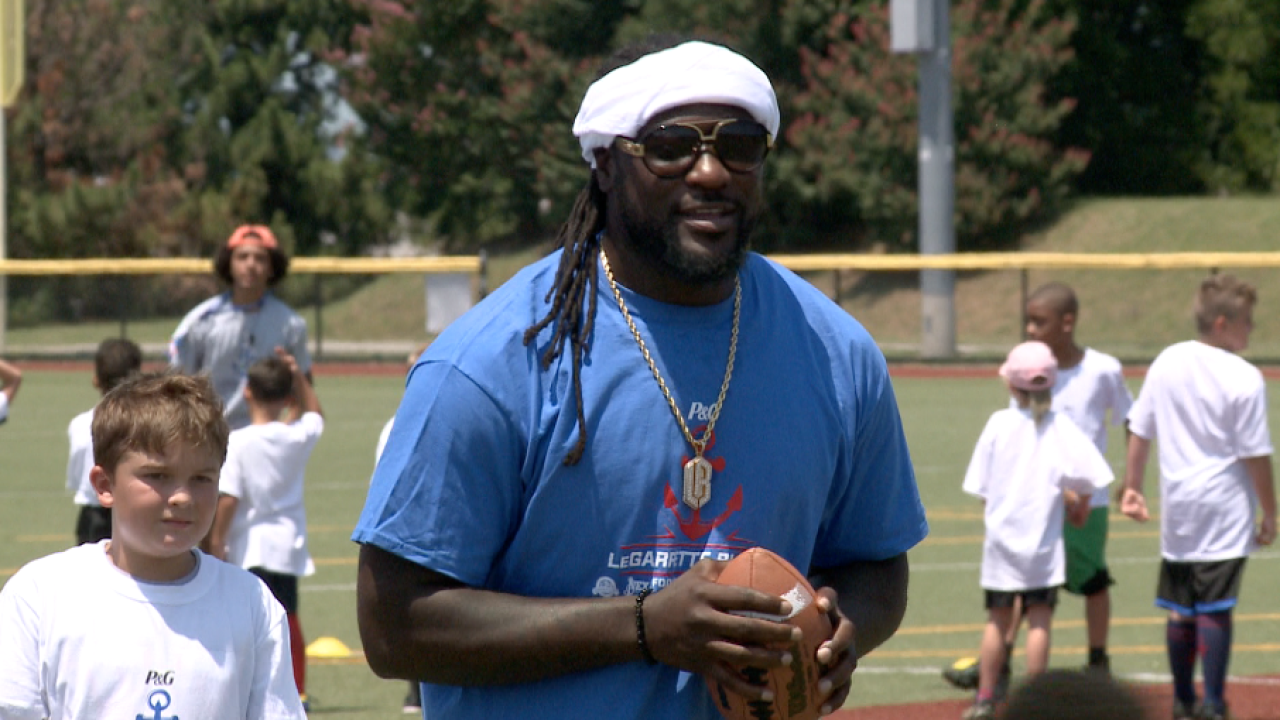 The camp is free, and consists of 150 children of active duty military, reservists, retirees and DOD civilian employees.

For Blount, spending time with kids who come from military families is important because he has multiple family members who have served our country.

"My dad, my uncles, my cousins, a lot of people," Blount said. "It just means a lot to me because I know it's a tradition that my family holds close to their heart. They do a lot with the military. This is my way of coming and giving back, and making sure that stays a part of our family."

Blount credits his family's military background for some of his characteristics.

"Just being a good person. Being a good human," said Blount, a three-time Super Bowl Champion. "The characteristics of being a nice guy, just being able to come out here and do stuff like this.

"I'd say the biggest thing they instilled in me is discipline and respect. Those are the two biggest things for me."

"Right now training, going hard every day," Blount said. "Hopefully here in the near future I'll be signing with someone. We'll see how that goes. I love the game, have a passion for it, definitely want to play it for as long as possible so we'll see how it goes."