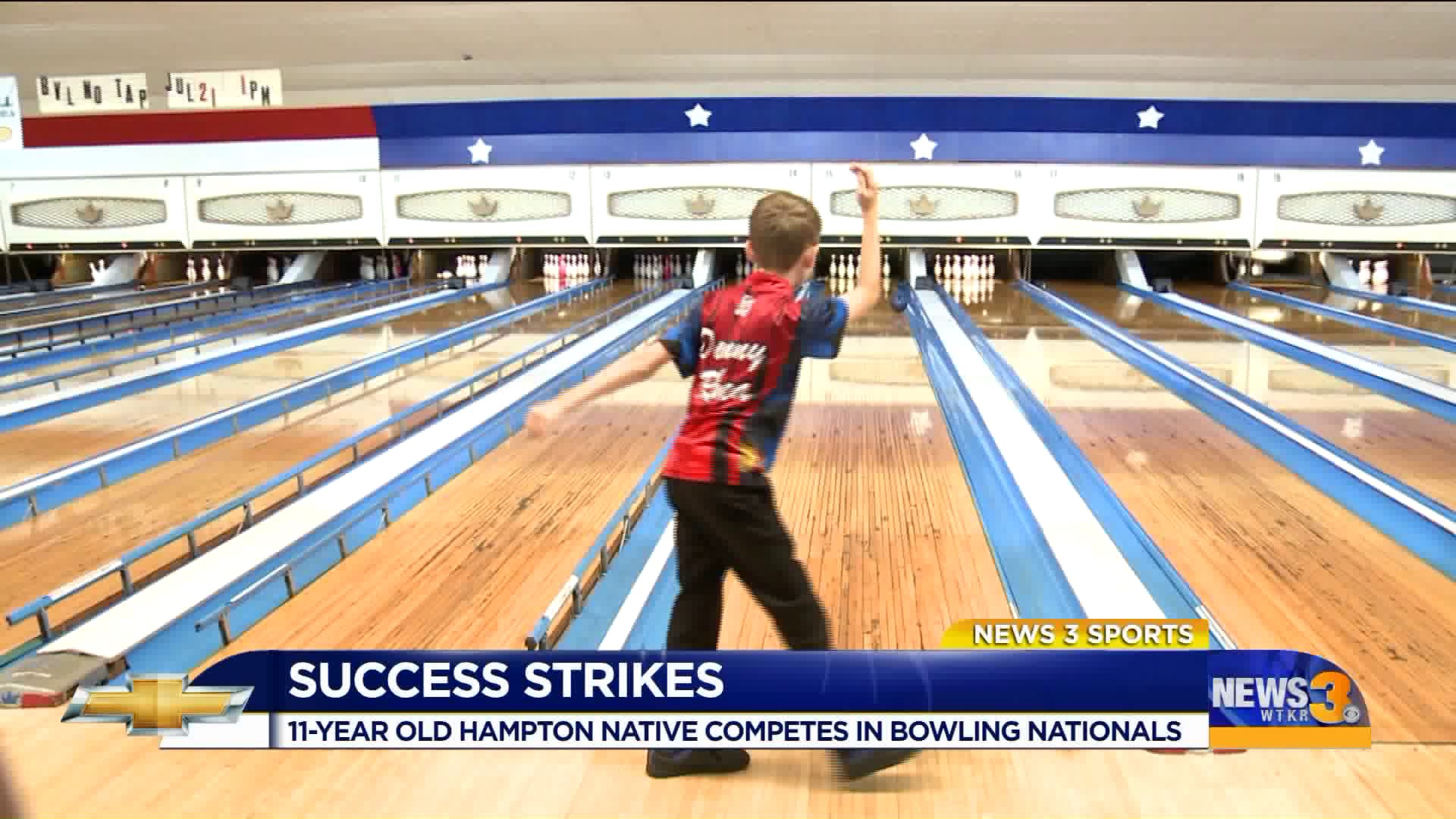 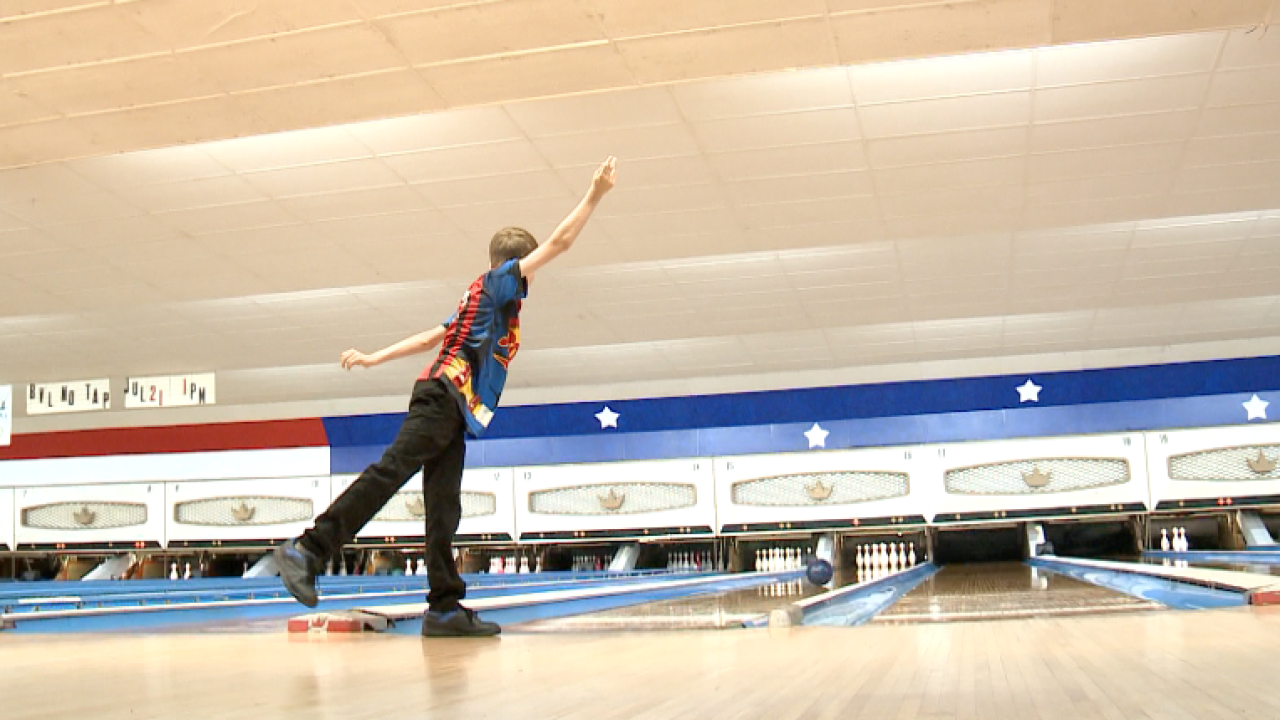 "He already looks at colleges," Courtney Rhea, Danny's mom, said. "He's like 'Oh I like this bowling team, that's what i want to do."

"After I go to college I just want to travel the world bowling," Danny said. "It'd be my job."

Danny grew up in Hampton's Century Lanes bowling alley, which has been owned by his family since the 1960's.

He can still remember watching older kids and adults bowling when he was just a couple years old.

"At that time I was just pushing it down the lane and they were just cranking it back up and throwing it fast," Danny said.

"I wanted to do that. I was desperate. I said Mom, Dad, Uncle Josh I want to bowl. They turned on lane seven. I remember the exact lane I first bowled on. It was lane seven. I believe I was bowling a ten pound ball and I pushed it down the lane and got a few pins."

In a Virginia bowling competition Danny placed second, and later this month he's traveling to Detroit to compete in nationals.

With all his success, he has plenty of confidence that he can walk away from the tournament with a first place title.

But, despite his confidence, he does know that his competition will be good and he's ready to take on the underdog mentality.

One thing that sets Danny apart is his delivery. Instead of using one hand, he uses two, and he uses two fingers when releasing the ball.

"I like that style because it hurt, whenever I was one handing it hurt my thumb because it was like, getting stuck in there," Danny said.

His unique style has drawn plenty of attention.

"There's been a lot throughout the years. A LOT," Danny said. "They're like how do you do that."

It's attention that Rhea hopes to continue receiving as he embarks on his journey toward becoming a pro bowler.