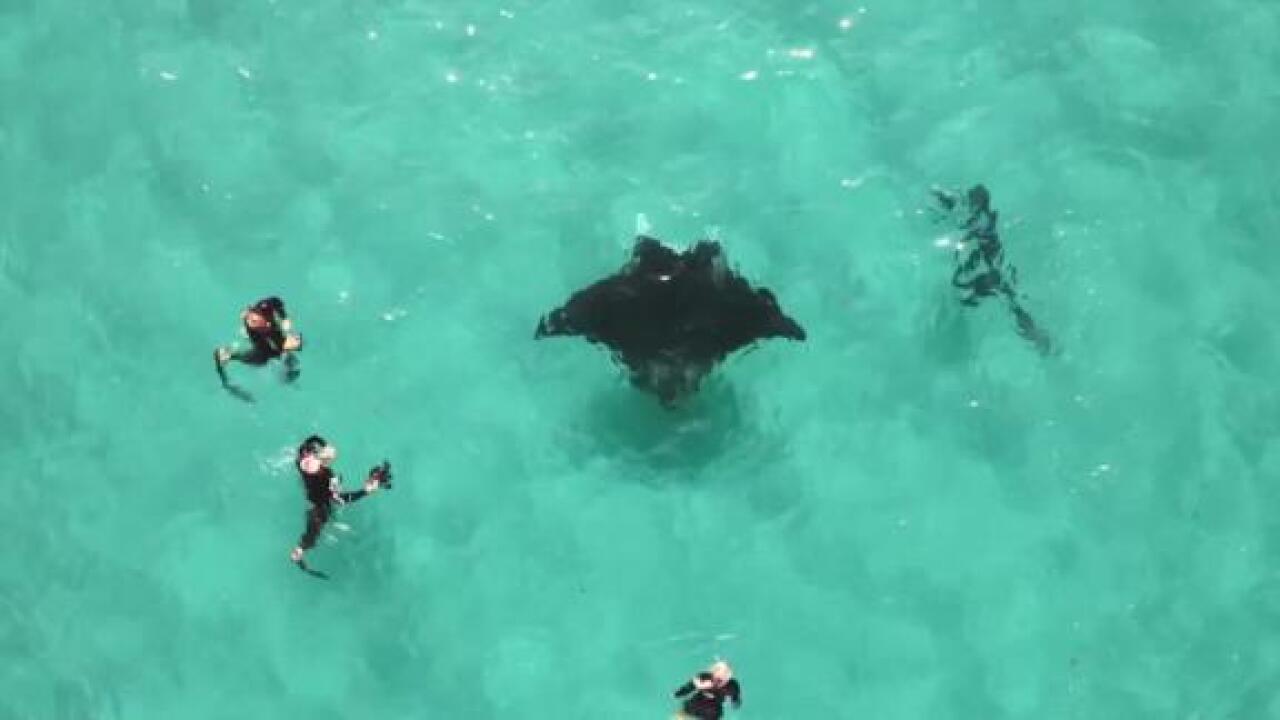 A massive manta ray has been filmed repeatedly seeking help from divers in a remarkable encounter off the coast of Australia.

Footage shows Freckles the ray approaching the divers, off the Ningaloo Coast in Western Australia, and showing them that it had fish hooks caught under its eye.

One of the divers removed the hooks after several attempts, and footage of the unusual meeting has gone viral.

“We were really lucky in that we saw a manta nice and early, and quietly slipped into the water to spend some time with it,” photographer Monty Halls said in a Facebook post. “After a few minutes we noticed that it had some fish hooks buried beneath (its) right eye, and was repeatedly presenting itself to our guide Jake.”

“This wasn’t my imagination, again and again it came back, turned over, and paused in the water, and — plainly — was looking to us to be helped,” Halls added.

“Jake got some pliers, and — made several attempts, with the manta returning each time to allow him another go (it was obviously painful for it). Finally, he managed it, and the manta settled quietly on the bottom and stayed with us for a wee while.”

“It was an extraordinary half hour or so, and such a clear illustration that these animals have intelligence, trust, and a strong association with folks who treat them with respect,” he wrote.

In a video of the incident, Halls said the manta ray recognized the divers from previous expeditions.

Manta rays are one of countless creatures found in Ningaloo Reef, a World Heritage site and one of the world’s longest near-shore reefs. Their wingspans can grow to more than 20 feet but, unlike sting rays, they cannot harm humans and often greet nearby divers.