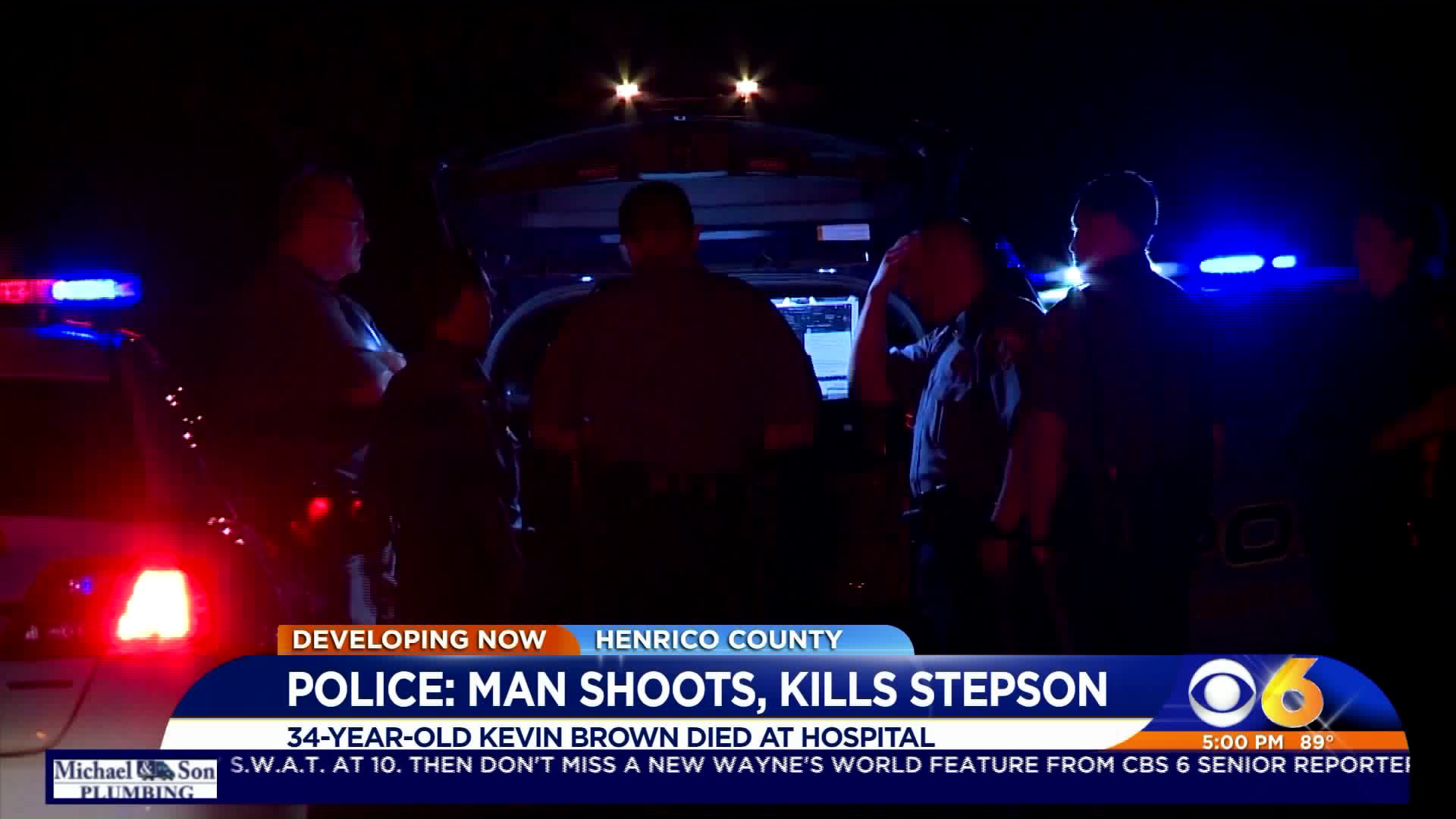 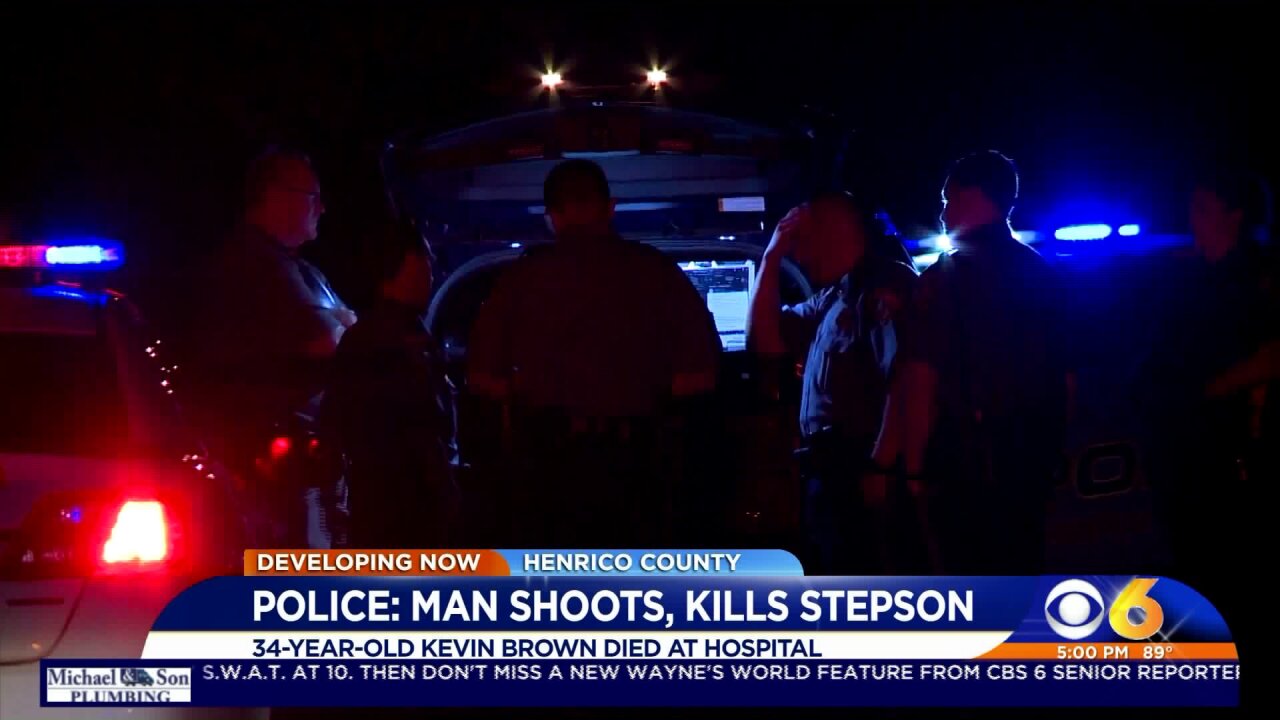 Police said they responded to a home in the 6300 block of Trailing Ridge Court around 12:13 a.m. for a report of shooting. They said that Herbert L. Washington, 68, shot his stepson, Kevin Brown, Jr., 34, during an altercation.

Brown would later die of his injuries at a local hospital, WTVR reported.

Washington has been charged with second-degree murder and use of a firearm in commission of a felony.

Neighbors that CBS6 spoke to said the neighborhood was filled with first responders for hours after the alleged murder happened.

"I came downstairs and saw a lot of red on my house and I thought it was a fire somewhere,” said Michelle, a neighbor who lives a few doors down. "So, I looked outside and it was just full of police officers and tape and firemen.”

The search warrant added that when the first police officer arrived on scene, Washington was sitting on the front porch of the home and there “was a handgun on the steps, near Mr. Washington.”

The search warrant said that Brown was found unresponsive inside at the top of the steps. The responding officer attempted life-saving measures until the Henrico County Fire Department arrived on scene and took over.

The search warrant added that, along with the gun and magazine, officers also took a holster and a shotgun from the home.

Washington was ordered held on no bond during his arraignment on Wednesday morning. He was given a court appointed lawyer who could file for a bond hearing at a later date.

For now, his next court appearance is scheduled for September 16th at 9 a.m. for a preliminary hearing.

WTVR spoke to Lisa Brown, Brown’s mother and Washington’s wife prior to the court hearing. She said that she and Washington had married in 1991 and that he had raised Brown like his own since he was 6 years old. She added that Brown was the oldest of her three sons.

She said she loved Brown with all her heart, and that whenever he was feeling down, he would say that if he heard his mother’s voice, then everything would be better. She added that she enrolled him in ballet and African dance when he was younger because she wanted him to be well-rounded. She said that he was enjoyed basketball and was employed as a construction worker.

She said Washington was a good man and a God-fearing man who would never kill anyone. She said he read his Bible every day, wrote gospel music and had aspirations of becoming a gospel artist.

She added that she wished she could go back to the way things were yesterday morning.