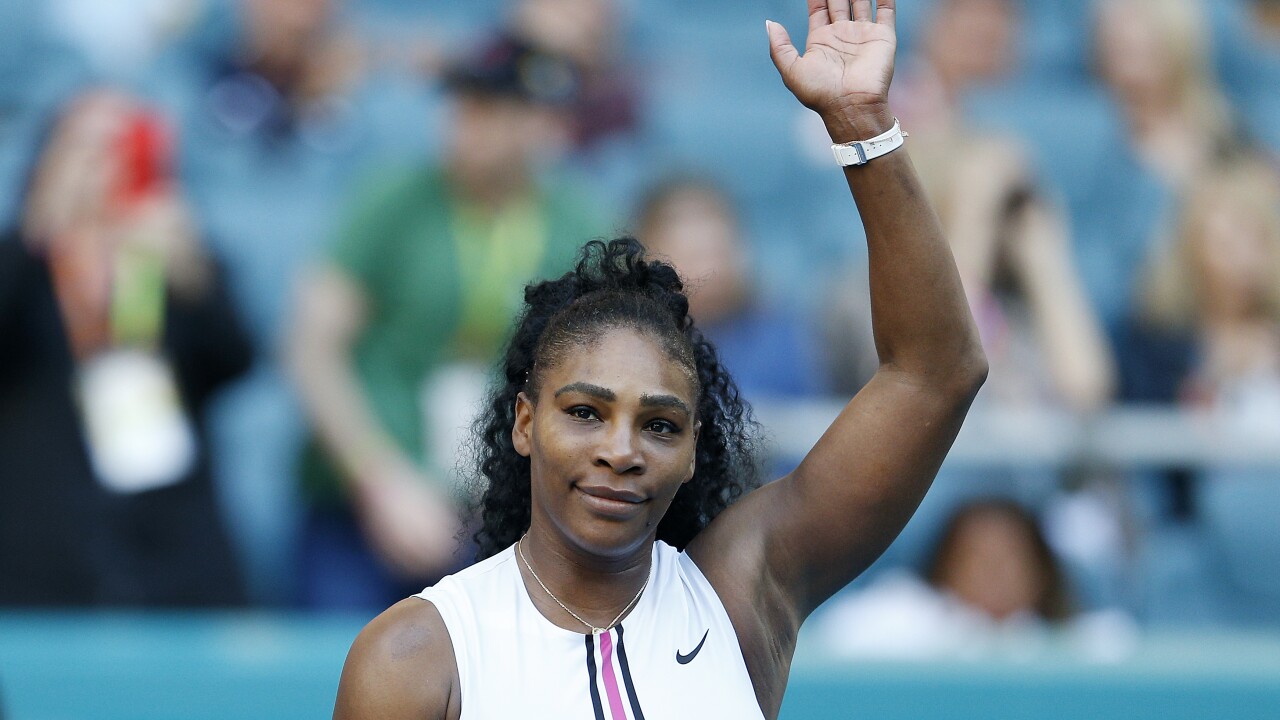 MIAMI GARDENS, FLORIDA – MARCH 22: Serena Williams of the United States waves to the crowd after defeating Rebecca Peterson of Sweden on Day 5 of the Miami Open Presented by Itau at Hard Rock Stadium on March 22, 2019 in Miami Gardens, Florida. (Photo by Michael Reaves/Getty Images)

Seven-time Wimbledon champion Serena Williams has been handed a $10,000 fine for damaging one of the practice courts with her racquet.

The incident occurred on an outside court during a training session ahead of this year’s grass grand slam, according to organizers.

The American has previously been fined $10,000 at the All England Club for repeatedly smashing her racket on the court during a second-round victory over Christina McHale in 2016.

Australia’s Bernard Tomic was fined his full Wimbledon prize money of $58,500 last week for not meeting the “required professional standard” during his lackluster 58-minute first-round defeat by Jo-Wilfried Tsonga.

Italy’s Fabio Fognini was also docked $3,000 for saying a “bomb should explode” on the All England Club following his third-round loss to Tennys Sandgren Saturday.

Another Australian Nick Kyrgios has been fined twice — $3,000 and $5,000 — during this year’s championships for incidents of unsportsmanlike conduct in his first and second-round matches.

Uruguay’s Pablo Cuevas and Aryna Sabalenka of Belarus have also been fined $10,000 for incidents of unsportsmanlike conduct.

Williams, who was also fined $17,00 for her remarks towards the umpire in last September’s US Open final, has dropped just one set in her opening four matches.

She beat Carla Suarez Navarro 6-2 6-2 Monday to set up an All-American quarter final with Alison Riske, who upset world No.1 Ashleigh Barty.

The 37-year-old Williams is targeting a first Wimbledon title since 2016 and a record-equaling 24th grand slam victory.

Of the four players left in William’s half of the draw, they collectively have 31 major final appearances between them — but unfortunately for her opponents, Serena has all 31 of them.

Williams and her mixed doubles partner Andy Murray are also in second-round action against Fabrice Martin and Raquel Atawo Tuesday.