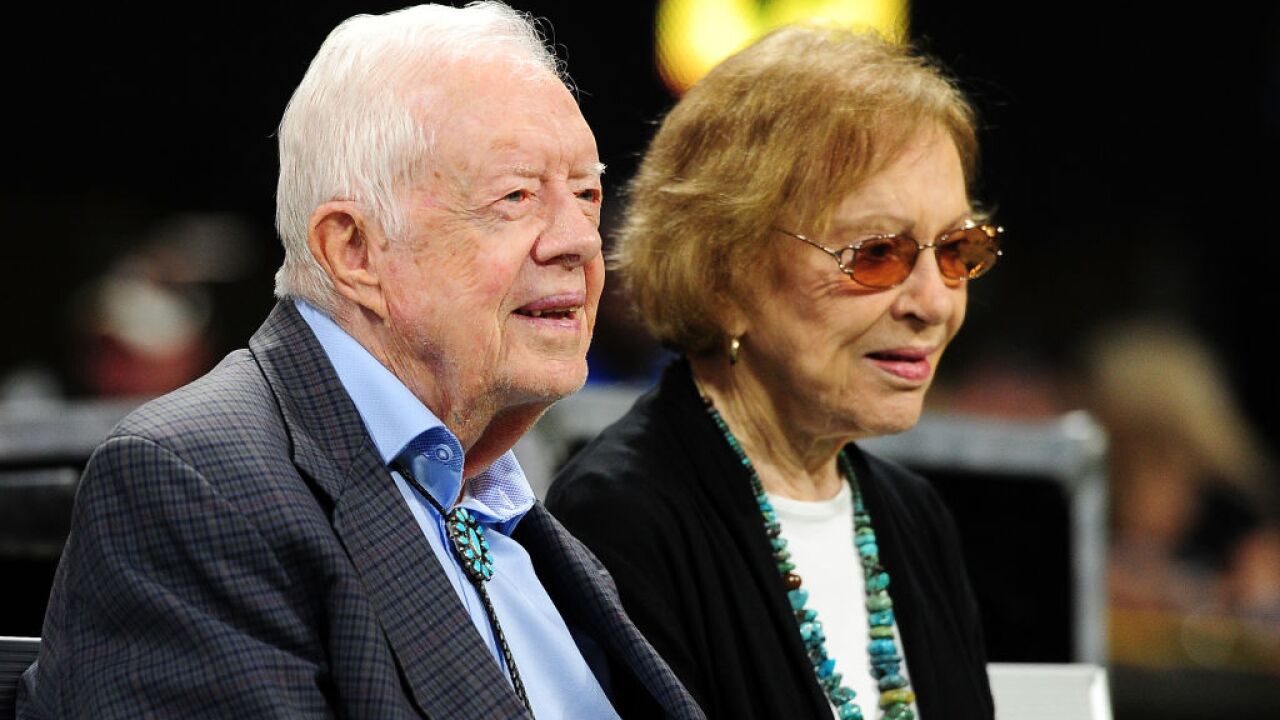 ATLANTA, GA – SEPTEMBER 30: Former president Jimmy Carter and his wife Rosalynn prior to the game between the Atlanta Falcons and the Cincinnati Bengals at Mercedes-Benz Stadium on September 30, 2018 in Atlanta, Georgia. (Photo by Scott Cunningham/Getty Images)

WTKR – Former U.S. President Jimmy Carter and his wife Rosalynn celebrated 73 years of marriage on Sunday and may become the longest-married presidential couple soon, according to People magazine.

The record is held by George H.W. Bush and his wife Barbara, both who died in 2018. The couple made it married together for 73 years and 111 days.

ICYMI yesterday was Jimmy & Rosalynn Carter's 73rd anniversary! He was 21, she 18, when they were married in Plains on 7/7/46. DYK she rejected his 1st proposal? “She promised her father, on his deathbed, to finish college & would not marry until then.” (A Full Life, p. 38) pic.twitter.com/7QSv8OqgJi