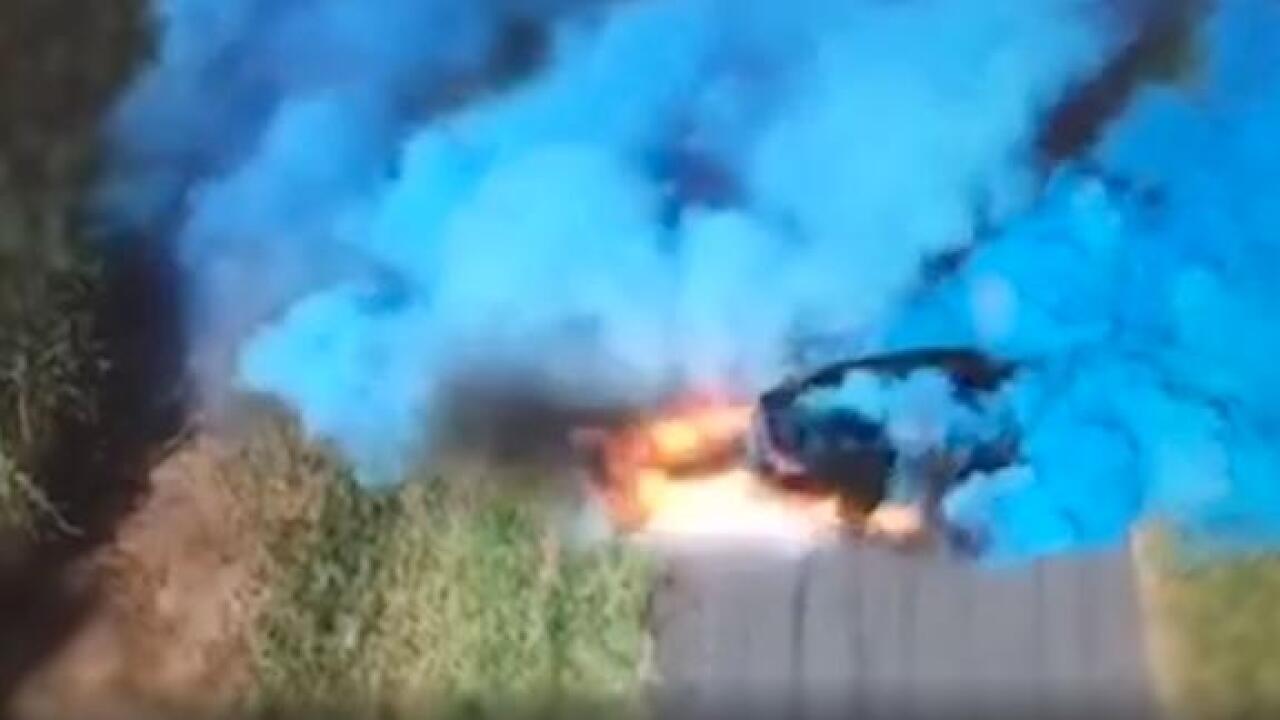 The Queensland Police Service released footage of the incident, which took place on April 18 last year, to warn about the dangers of ‘burnouts,’ an increasingly popular feature of gender reveal parties in Australia. On several occasions over the past year, gender reveal ‘burnouts’ – in which cars emit billowing clouds of pink or blue smoke – have resulted in flaming vehicles and arrests.

In the latest drone video released by police, the big reveal initially goes as planned, with celebrating guests filming as the car drives down a road, engulfed in blue smoke. After it comes to a stop, however, the car bursts into flames, and the driver and guests are forced to abandon it. It sits in the middle of the road on fire, amid plumes of smoke that are now black.

A 29-year-old man was subsequently convicted of dangerous operation of a motor vehicle, a spokesperson for the Queensland Police Service told CNN.

Dangerous gender reveal parties aren’t isolated to Australia. In November last year, the US Forest Service released a video of an April 2017 party in Arizona, which sparked a wildfire that burned almost 47,000 acres of land and caused more than $8 million in damage.

Expectant father Dennis Dickey, an off-duty US Border Patrol agent, shot a target reading “Boy,” which he had packed with the highly explosive substance Tannerite. The target emitted a blue cloud of smoke, but also ignited the surrounding brush. The flames spread to the Coronado National Forest, becoming the destructive Sawmill Fire.

In September last year, Dickey pled guilty to a misdemeanor violation of US Forest Service regulations. He was sentenced to five years’ probation and ordered to pay $8,188,069 in restitution.