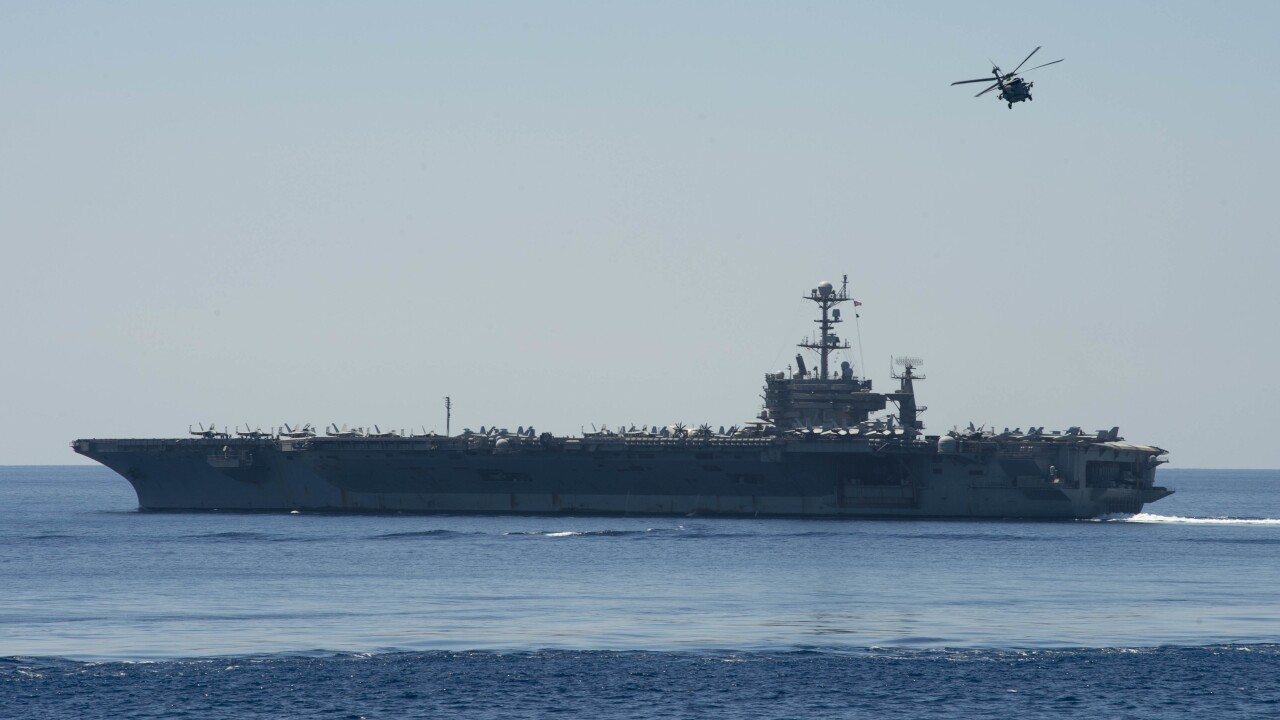 COMPTUEX is an intensive, month-long exercise designed to fully integrate units of HSTCSG, while testing the strike group’s ability as a whole to carry out sustained combat operations from the sea. Ships, squadrons and staffs will be tested across every core warfare area within their mission sets through a variety of simulated and live events, including air warfare, strait transits, and responses to surface and subsurface contacts and electronic attacks.

“I am excited to see what this combined strike group and air wing can accomplish during COMPTUEX,” said Rear Adm. Andrew J. Loiselle, HSTCSG commander. “The Sailors on each ship will be challenged with real-world scenarios combining live and synthetic training. This exercise will test our integrated strength as a multi-mission force. The comprehensive training evolutions are an opportunity to grow as a team, both in our ability to sustain prolonged periods at sea and to find areas where we can improve.”

COMPTUEX and HSTCSG will build competencies to face whatever a carrier strike group could see on its next deployment and units which did not deploy in 2018 will certify to deploy. Trainers, mentors and assessors from Carrier Strike Group 4, the strike group charged with training and mentoring East Coast carrier strike groups, will embark with participating units to provide training through carefully planned, realistic scenarios.

“COMPTUEX is by far and away the most challenging training we do,” said Vice Adm. Andrew Lewis, Commander U.S. 2nd Fleet. “But it is so important that we challenge ourselves in a secure environment where we are able to manage risk in order to train to the highest level.”

HSTCSG’s COMPTUEX will be the first led by C2F since declaring Initial Operating capability in May. In achieving IOC, the command achieved the capability to command and control forces assigned using the functions and processes of the Maritime Operations Center and Maritime Headquarters.