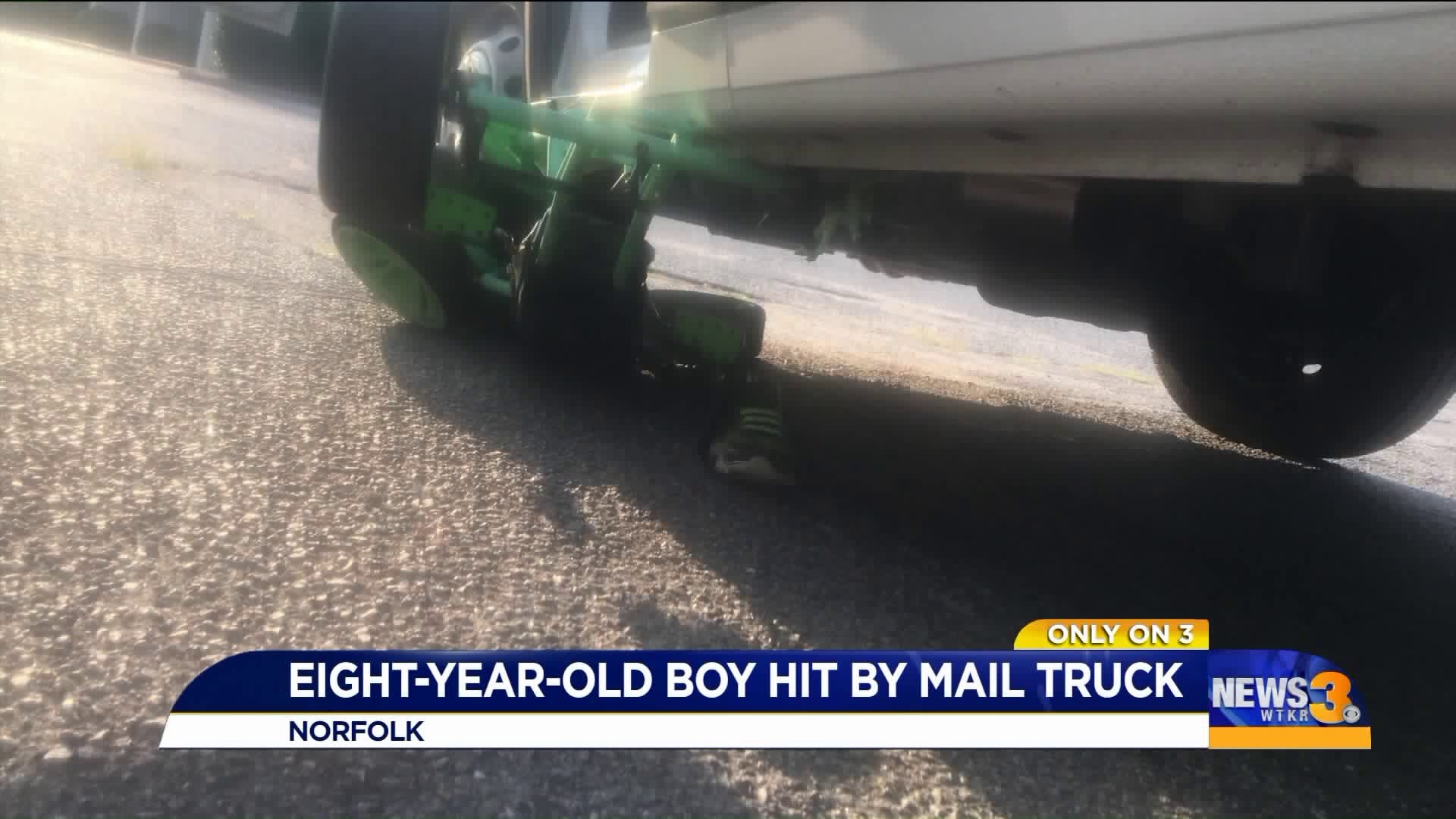 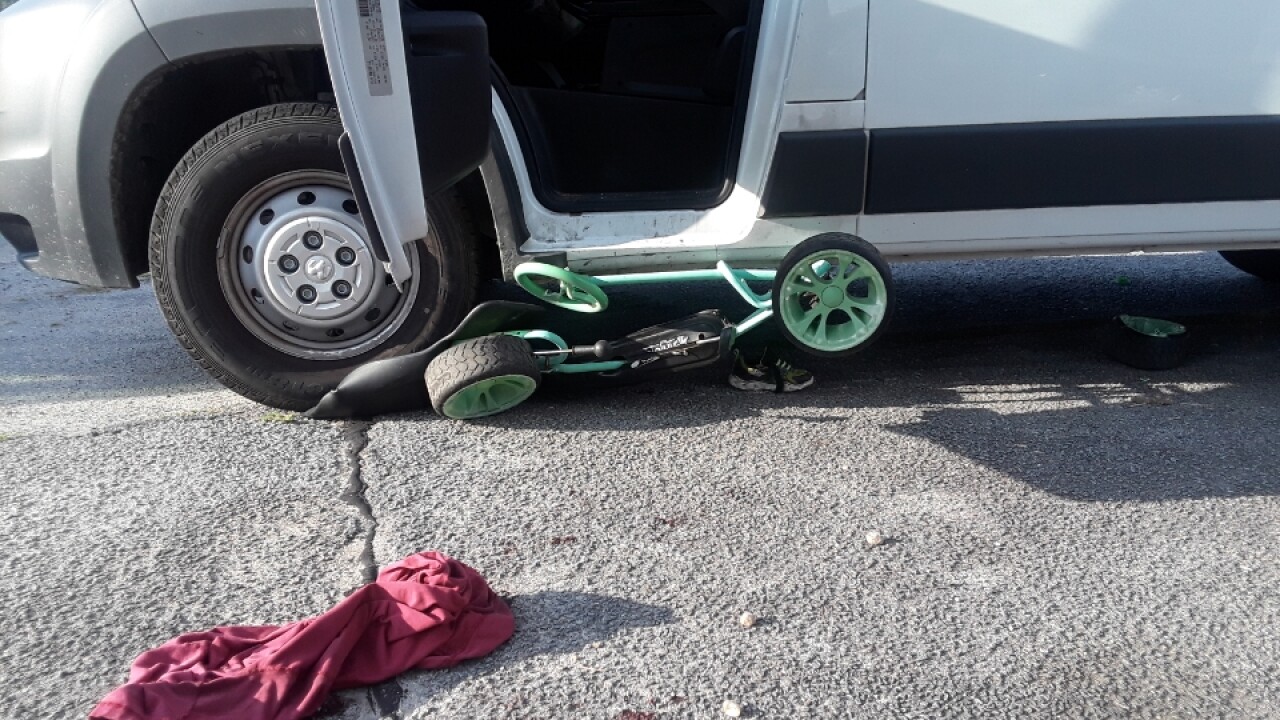 NORFOLK, Va. - An 8-year-old boy is still in the hospital after being hit by a mail truck while riding his bike.

"It just doesn’t make sense. Why would this happen?" one neighbor said.

Norfolk Police said it happened on July 3 at 6:30 p.m. on Tidewater Drive near Muskogee Avenue.

Officers said the U.S. Postal Service driver was pulling into a nearby parking lot when they hit the child.

Eyewitnesses tell News 3 the boy's father was with him when it happened.

"[Riding the bike] up and down the sidewalk gets kinda boring, so [the father] takes him over [to the parking lot] and lets him do round circles and stuff like that - there’s more room," they said.

Neighbors said the mail truck quickly pulled off of Tidewater Drive into the parking lot and hit the child.

"[The boy's father] had a shirt wrapped around [his son's] ankle because it was bleeding and he was calming him down by rubbing on his back saying, ‘Calm down, calm down.’”

The boy was taken to a local hospital with non-life-threatening injuries. Neighbors, however, said he may be there for a while as he recovers.

Police haven't said if the driver of the postal service truck is facing charges. 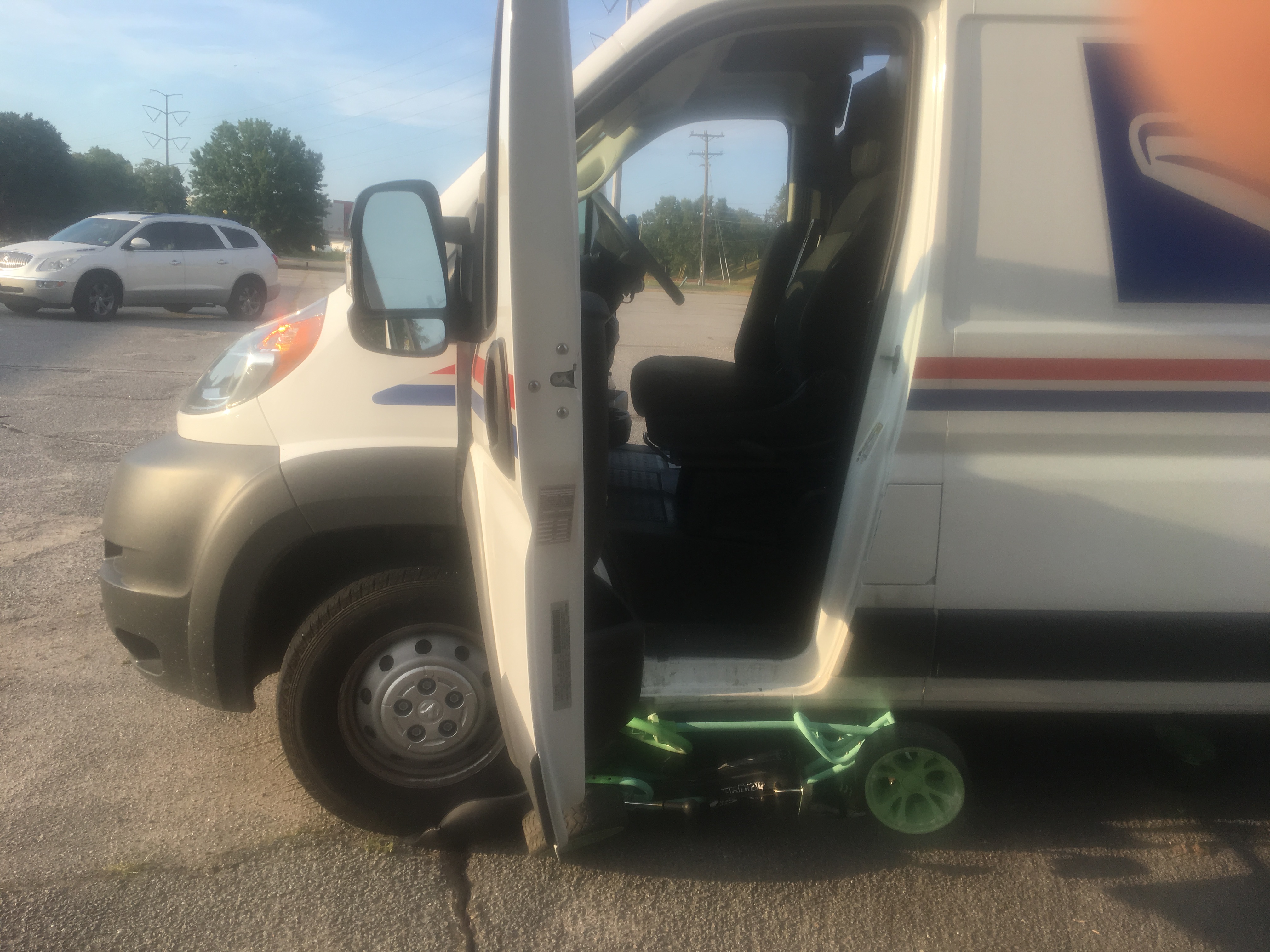