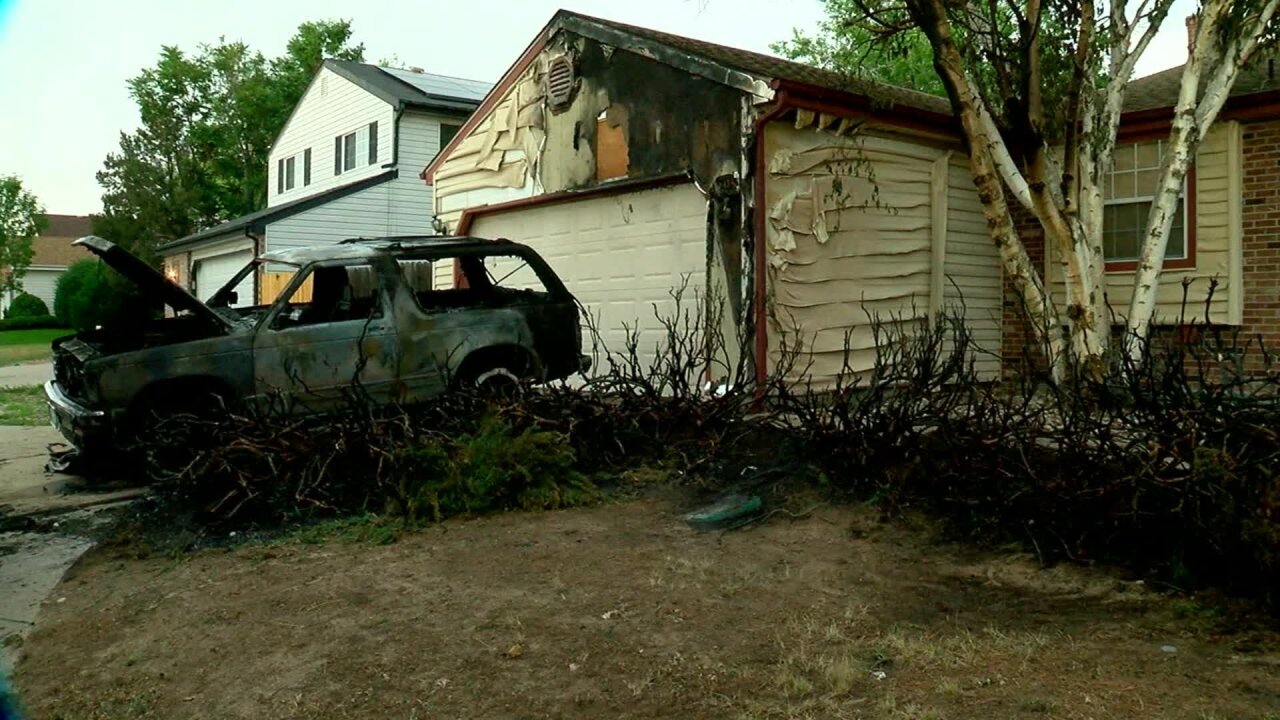 **Embargo: Denver, Colo.** A stray firecracker landed in a bush in a house’s front yard, igniting it and burning parts of a house in Denver.

During a neighborhood fireworks show Wednesday night in Denver, Colorado, a stray firecracker landed in a house’s front yard and ignited a bush. .

As the bush was engulfed in flames, a few men passing by acted quickly to save a woman who was trapped by fear on the porch screaming for help, CNN affiliate KMGH reports.

The fire consumed much of the house’s front yard, blocking the path out from the front door.

**Embargo: Denver, Colo.**
A stray firecracker landed in a bush in a house’s front yard, igniting it and burning parts of a house in Denver.

William Birkett was driving by. He saw the firework hit the bush and pulled over.

“I tried my best to put it out with my water bottles that I had in my car,” Birkett told KMGH. “The neighbor was using his garden hose.”

The woman who lived there was frozen in fear outside the front door. Birkett and two other men ran up to her porch where she was crying out.

“Ma’am, the house is burning,” one said. “Is there anyone else in there?” She was the only one.

The fire melted away the windows of her car parked in the driveway, leaving behind a charred metallic frame. The siding had melted off the home’s exterior, but the house was still intact.

Birkett said he hoped the video he captured of the house fire might motivate people to be more mindful when setting off fireworks near houses.

“I just saw something that I felt needed to be shared with everybody, especially since it was caused by fireworks,” he told KMGH.