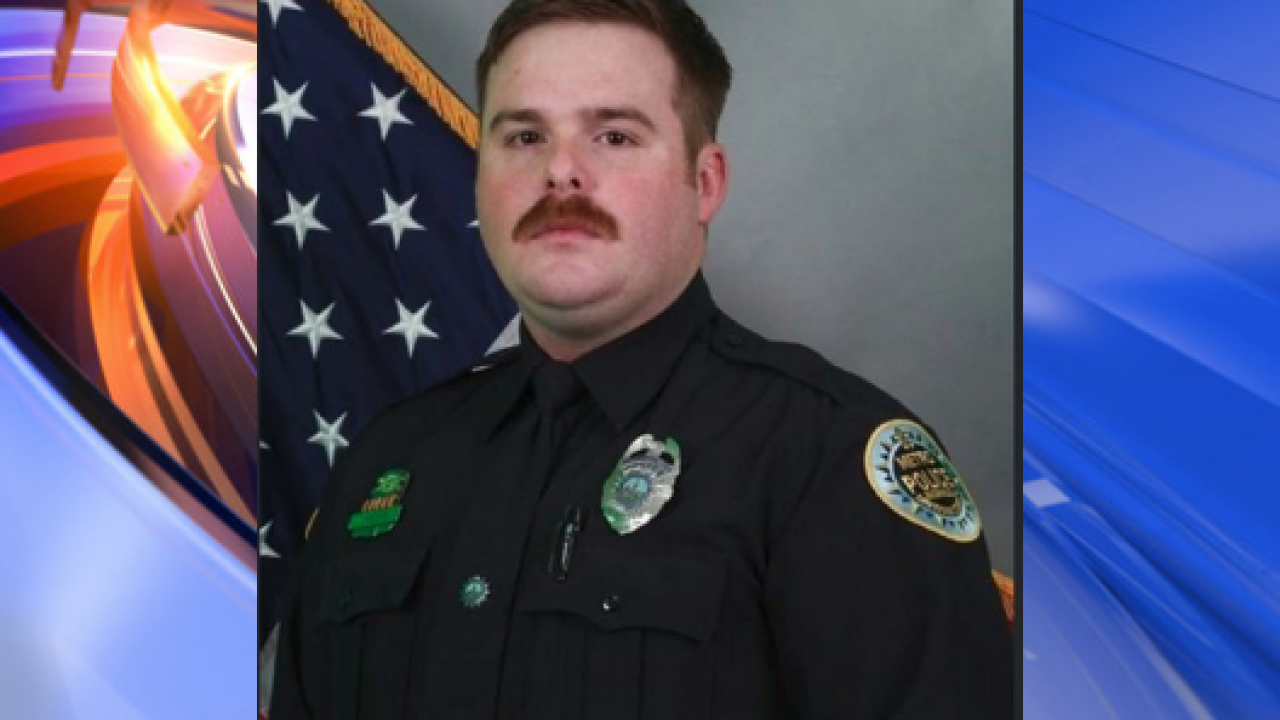 A Tennessee police officer was killed Thursday when his car was “violently struck” on the driver’s side by a teen driver who was driving without a license, the Metropolitan Nashville Police Department said.

A Tennessee police officer was killed Thursday when his car was “violently struck” on the driver’s side by a teen driver who was driving without a license, the Metropolitan Nashville Police Department said.

Central Precinct Officer John Anderson, 28, had been with the department for four years and had become a father a little over a year ago.

Around 3 a.m. on July 4, Anderson was going to assist another officer after reports of a pedestrian in a traffic lane, police said.

When he reached an intersection, Anderson’s police car was hit by the teen’s 2016 Ford Fusion, and the officer died at the scene.

The 17-year-old driver was taken to the hospital, treated and was later released, police said. A passenger in the girl’s car was critically injured and is being treated at Skyline Medical Center.

Moments before the crash, another officer spotted the teen’s vehicle with her high beams activated and when he tried to pursue the Ford, the driver initially slowed down but then sped away.

That officer radioed in the car’s location and license plate and noticed the car turn onto the street where the crash occurred.

The driver has been booked into a juvenile detention, police said, on charges of vehicular homicide by recklessness, felony evading arrest, aggravated assault by recklessness, driving on a suspended license and juvenile curfew violation.

A detention hearing has been scheduled for Friday afternoon.

He had been with the department for four years

Anderson had been with the department for four years, police said, and had spent his entire time there at the Central Precinct.

He graduated from the Metropolitan Nashville Police Department Academy in June 2015. As part of an autobiography project for the academy earlier that year, Anderson wrote he was ready to begin his journey as an officer.

“So here I am, on the precipice of starting my career. After several months of closely following the national news regarding issues involving police officers and the public, I am more assured that I am no longer “wandering” down an unknown career path. I am definitely not feeling lost as I begin this journey of serving the public by becoming a Metro Nashville police officer,” he had written, according to police.

Anderson graduated college in 2013 and was a member of the US Marine Corps Reserve.

He was also a bagpiper, police said.