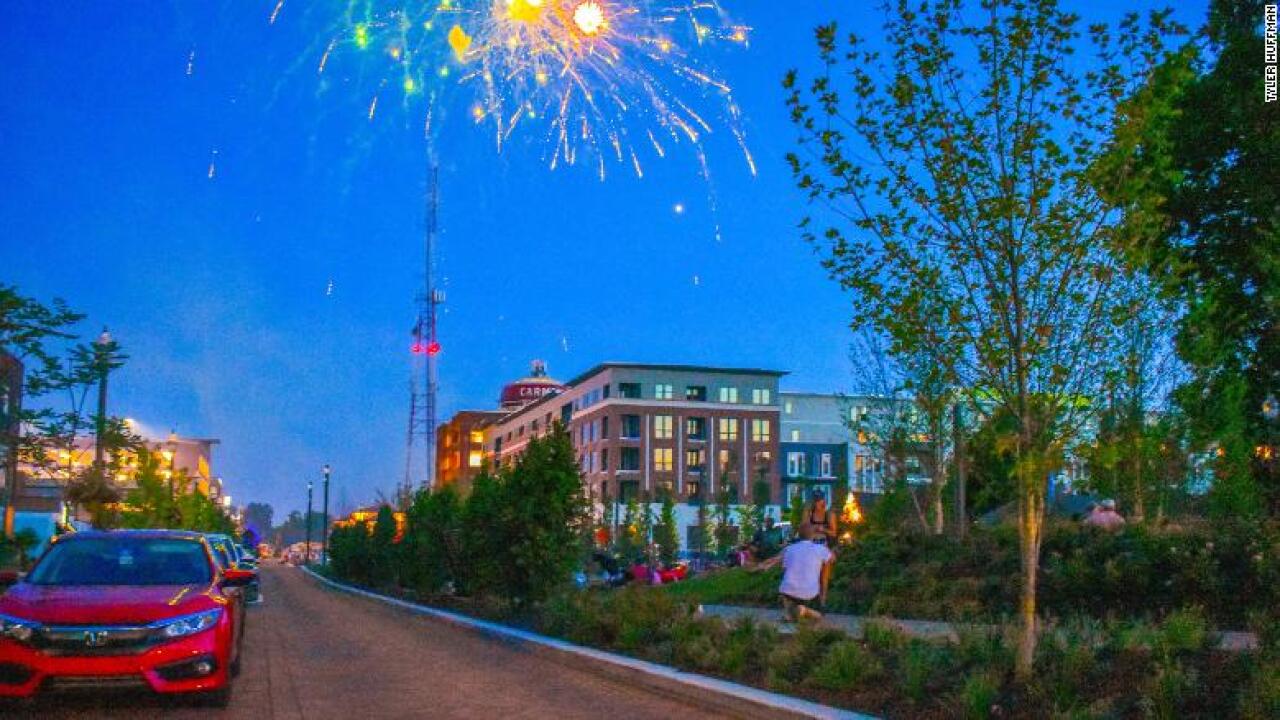 As fireworks lit up the night sky over Carmel, Indiana, on Thursday, a photographer got busy snapping pictures of the colorful explosions overhead.

It wasn’t until Tyler Huffman was looking at the images afterward that he saw a man on bended knee, proposing to a woman in several of the images. Now, he’s hoping to track down the couple to hand off the photo of them achieving their #relationshipgoals.

“I was scrolling through the pictures on my camera as I was walking back to the apartment,” Huffman said. “I didn’t really notice they were down there when I was taking them.”

He said he blew up the images on his computer to get a closer look when he got home.

In the series of photos, he spotted the couple “hugging, kissing and embracing” after the proposal. “It was a very, very positive reaction,” he said.

Huffman lives in Carmel, just north of Indianapolis. His girlfriend was out of town for a bachelorette party on the Fourth, and he didn’t have any plans for the evening. But at the last minute, he figured he’d step out to catch the July Fourth Carmel Fest fireworks show.

He stationed himself on a small one-way street a couple minutes’ walk from his apartment and pointed his DSLR camera toward the heavens as the booming fireworks illuminated the air.

He posted the picture to Facebook about 11:30 a.m. ET Friday, and while some local news outlets have picked up the story, he hasn’t tracked down the couple.

“I’m hoping it’s taking a little longer because they went out after and had a great time,” he said. “I hope there were some celebrations involved.”