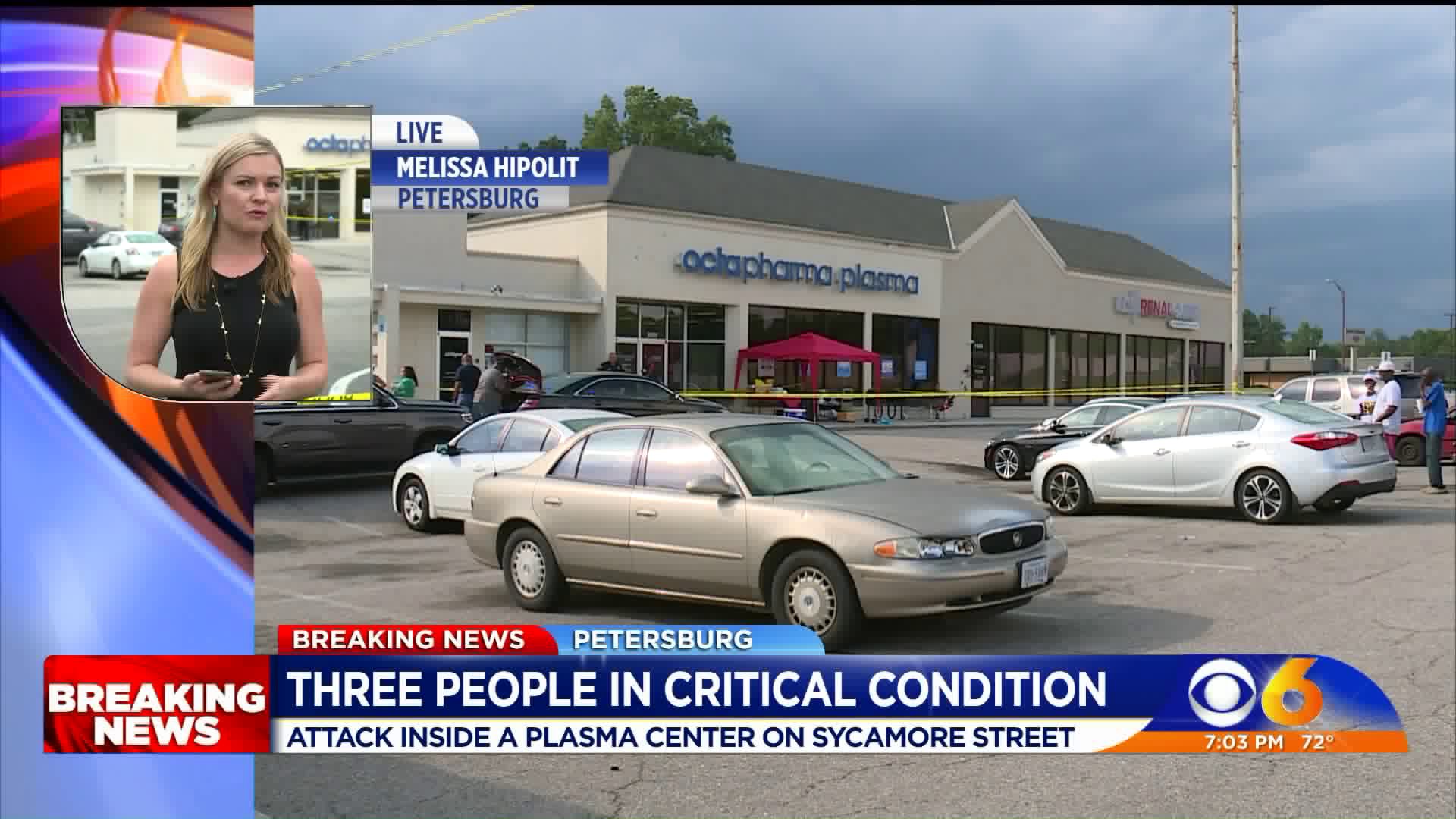 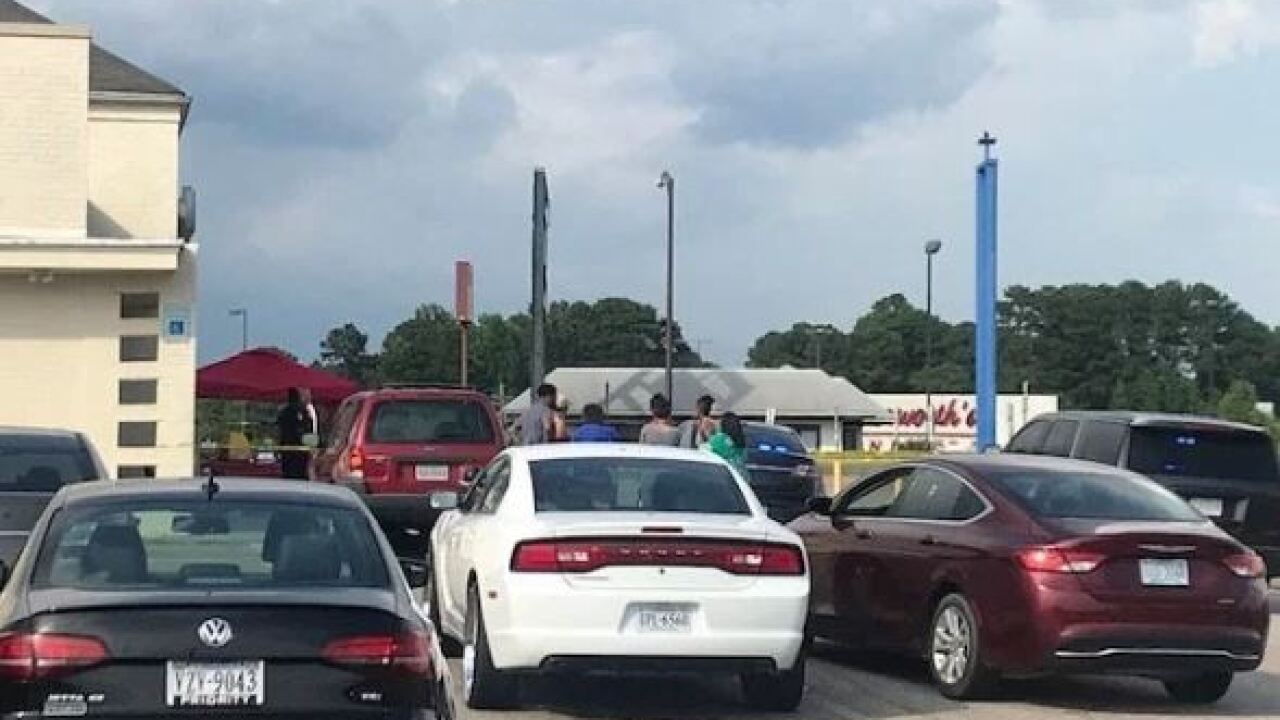 PETERSBURG, Va. (WTVR) – A suspect is in custody after "several" people were stabbed Thursday afternoon at a plasma center in Petersburg, Petersburg Police Chief Kenneth Miller told CBS 6 in Richmond.

The Octapharma Plasma Center is in the 2000 block of Sycamore Street near the intersection of Crater Road around 4:40 p.m.

That is when police said a man walked into the plasma center and used a "cutting instrument" to hurt several people inside.

Three victims were transported to Southside Regional Medical Center, according to hospital officials.

One male patient in critical condition was transferred to another hospital.

The suspect was taken into custody without incident, police said.

CBS 6 reporter Melissa Hipolit said detectives were talking to witnesses and collecting evidence as of 6 p.m.

Sources said nurses and customers hid in a restroom inside that plasma center.

“We have seen several people coming out of the plasma center area who appear to work there, but when we approached them they said that under corporate policy they are not allowed to talk about it,” Hipolit said.

The Commonwealth’s Attorney headed to the scene, according to the police chief.

If you have information that could help detectives, call Petersburg/Dinwiddie Crime Solvers at 804-861-1212 or text the keyword pdcash followed by the tip and send to 274637.