Jared Lorenzen, former NFL and Kentucky quarterback, has died at 38 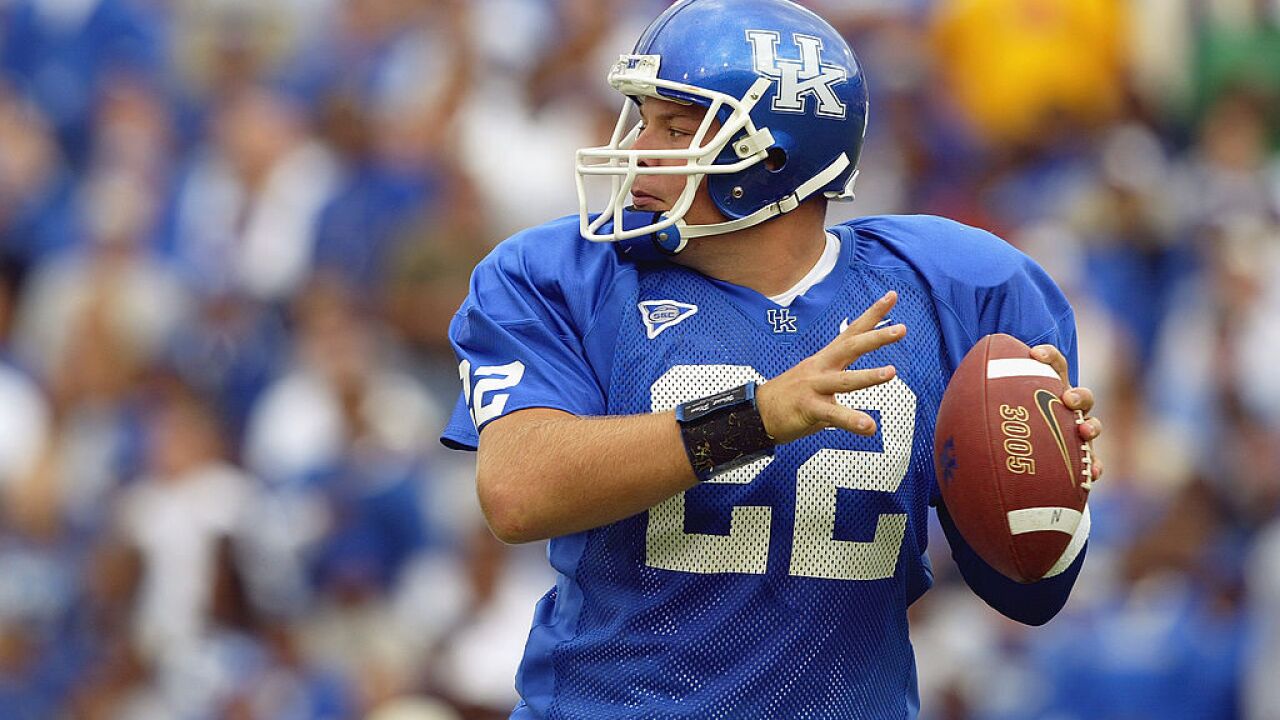 LEXINGTON,KY – SEPTEMBER 27: Jared Lorenzen #22 of Kentucky runs with the ball while defended by Daryl Dixon #34 of Florida on September 27, 2003 at Commonwealth Stadium in Lexington, Kentucky. Florida won 24-21. (Photo by Andy Lyons/Getty Images)

In a statement to Kentucky Sports Radio, his mother, Janet Hermes, said he died Wednesday after being hospitalized for days.

“It is with heavy hearts that the family of Jared Lorenzen would like to extend our sincere thanks and appreciation for all of your support and prayers over the past six days,” she said.

Lorenzen had been hospitalized after suffering from kidney and heart issues, the sports network’s founder Matt Jones tweeted.

Lorenzen played for Kentucky before signing with the New York Giants in 2004. “We lost a great one too soon today. Our hearts are with the Lorenzen family,” the University of Kentucky Football team tweeted.

“Jared was a great teammate and friend,” Manning said. “We competed against each other in college and came to the Giants together. My thoughts and prayers go out to his family. I will always remember his competitive spirit and his good nature. Jared has left us all way too soon.”

The Giants described him as a “special person, and a beloved Giant.”

Former Giants Coach Tom Coughlin said he taught young children football and was working hard to lose weight and get back to playing.

“It’s sad to lose a kid who tried so hard to play again,” Coughlin said.

Lorenzen spent about four seasons with the Giants.