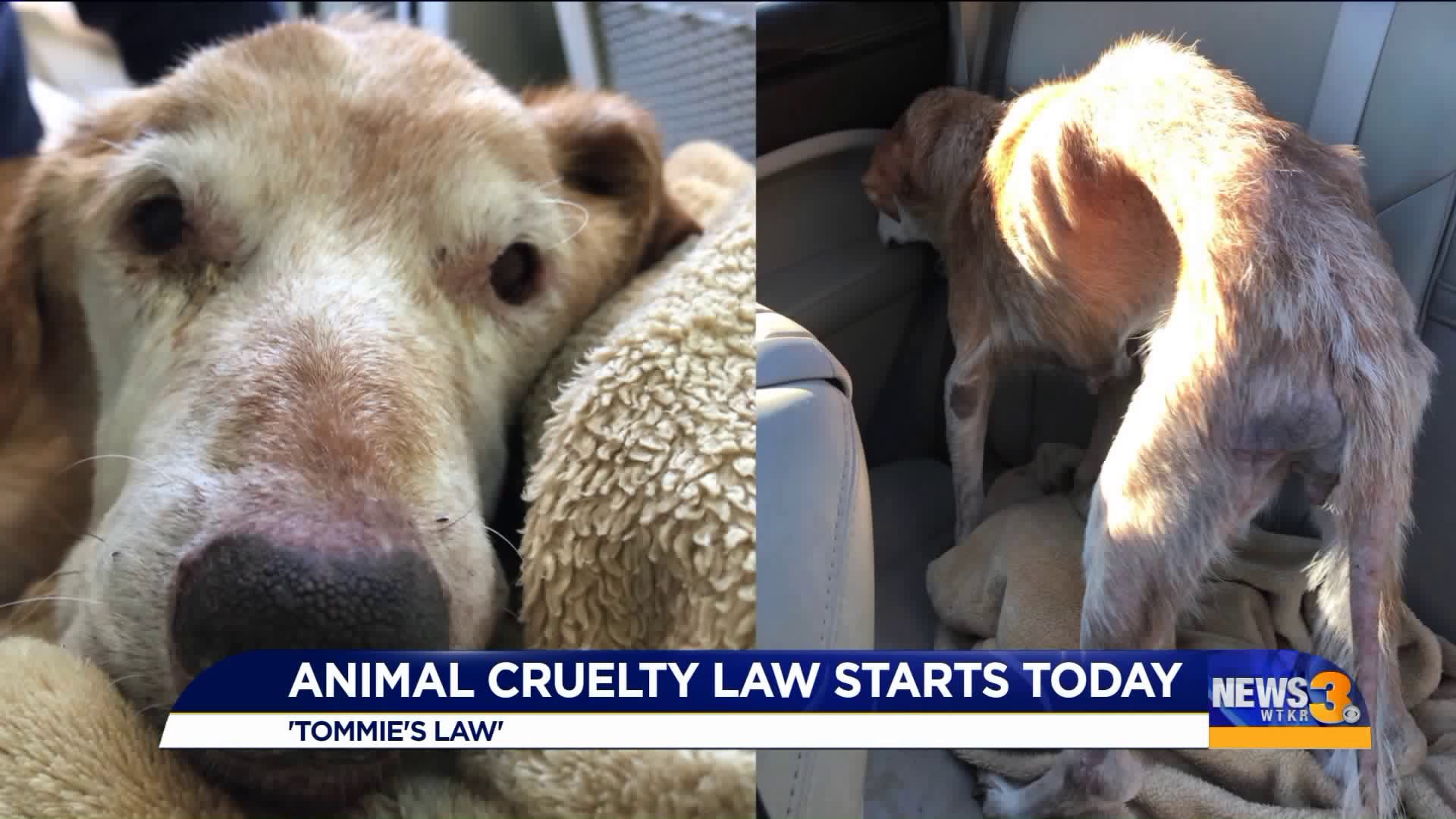 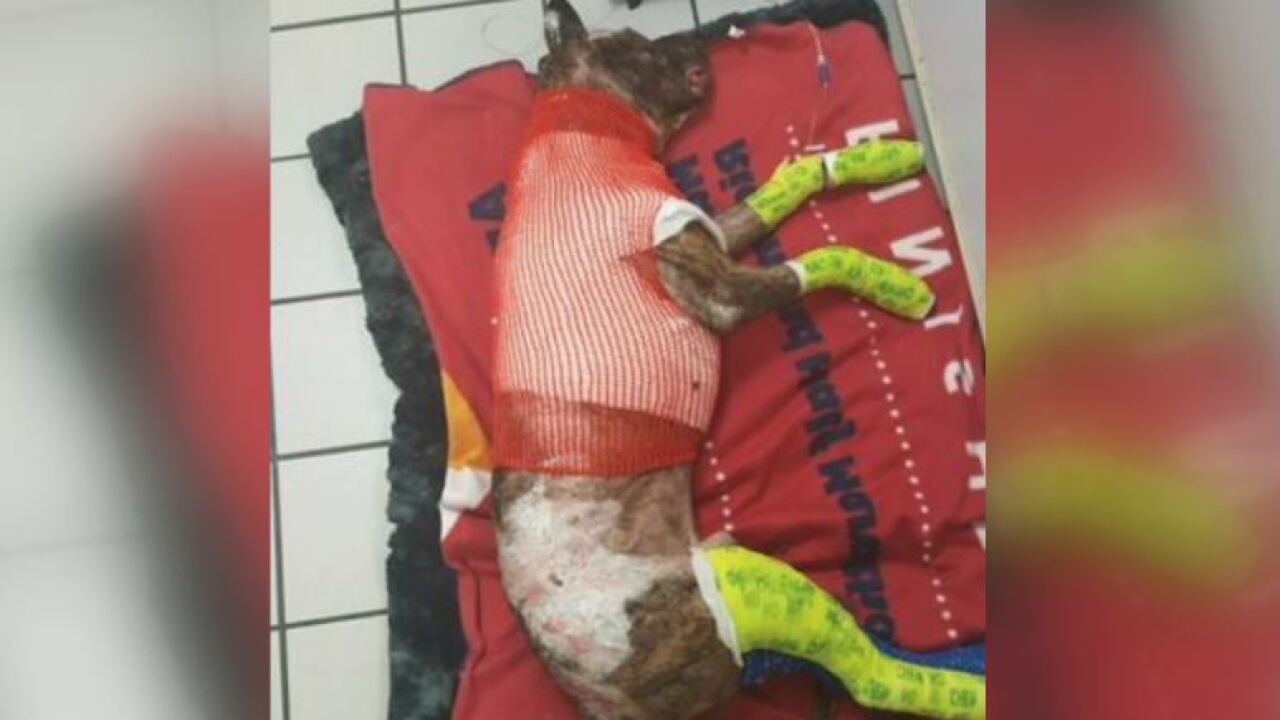 NORFOLK, Va. - A law passed by Virginia's legislature and signed by Gov. Ralph Northam to stiffen the penalty for animal cruelty goes into effect in Virginia Monday, and it's called "Tommie's Law."

"I hope everyone remembers the memory of Tommie because of what that dog went through at the hands of the person that did this to him. It is just horrific. We hope this law will let him live on," said Shockey Boyajian, President of Dogs Deserve Better, a rescue agency on Michael Vick's former compound in Smithfield.

The new law is dubbed Tommie's Law in honor of the dog who died after being tied to a pole and set on fire in Richmond's Abner Clay Park in February.

The law increases the penalty for "cruelly or unnecessarily beating, maiming, mutilating, or killing a dog or cat" to a felony.

Under the previous law, the animal must die as a direct result of the torture or inhumane injury before a suspect faces a felony charge.

"It's a great day because we fight for these animals, and sometimes it seems like an uphill battle," says Boyajian.

Today is like Christmas for animal activists like Boyajian, who is currently caring for a 15-year-old dog named Ruby who was found emaciated, abused, limping and with a cantaloupe-sized tumor on her stomach seven months ago in Norfolk.

"She looked like a skeleton, not a dog. She was on death's door," said Boyajian.

"She is a perfect example of someone who lived despite the abuse she went through at the hands of her owner," she said. "In Ruby's case, had Tommie's Law been enacted when her owner went to court, he could have got charged with a felony."

Under current law, animal abusers can only be charged with a misdemeanor unless the animal dies. Now, the penalty for "cruelly or unnecessarily beating, maiming, mutilating, or killing a dog or cat" includes up to five years in prison and a fine of up to $2,500.