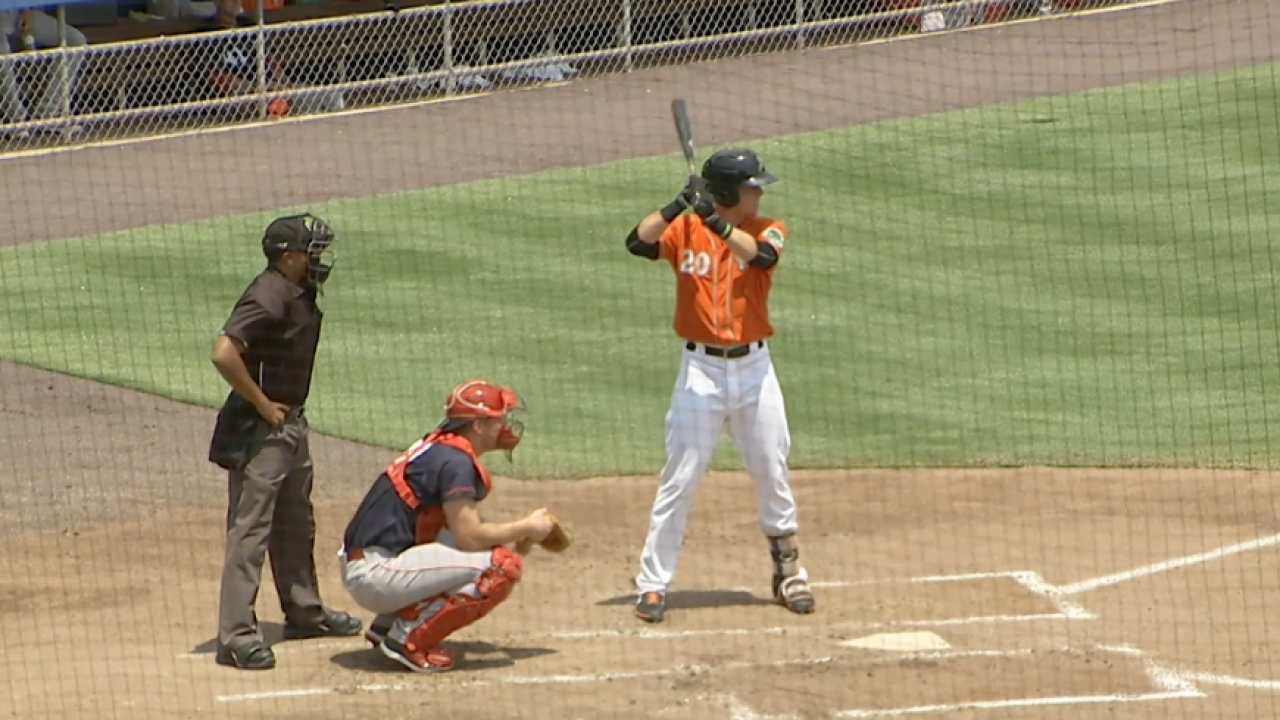 NORFOLK, Va. (Tides PR) – The International League Thursday announced that infielder Ryan Mountcastle and left-handed pitcher Keegan Akin have been selected to represent the Tides in the Triple-A All-Star Game. The contest will be held on Wednesday, July 10th from Southwest University Park in El Paso, TX.

Mountcastle, 22, has hit .311 with 13 home runs and 47 RBI in 69 games for the Tides this season. Currently rated as the #2 prospect in the Orioles system by MLB.com, Mountcastle ranks among International League leaders in hits (2nd, 89), total bases (T-6th, 144), average (8th, .311) and RBI (T-8th, 47). He leads Orioles minor leaguers in home runs and runs batted in, and on June 2nd he matched Norfolk’s franchise record with three home runs in a game. It’s the third consecutive All-Star nod for Mountcastle, who was also an Eastern League Midseason All-Star with Double-A Bowie in 2018 and a Carolina League All-Star with Class-A Frederick in 2017.

Akin, 24, has gone 3-2 with a 4.37 ERA in 15 games (14 starts) for Norfolk this year. Currently rated as the #6 prospect in the Baltimore organization by MLB.com, Akin ranks among International League leaders in strikeouts (2nd, 83), ERA (6th, 4.37) and batting average against (T-7th, .261). The Western Michigan University product will be appearing in his second straight All-Star Game, as he also represented the Double-A Bowie Baysox in the 2018 Eastern League All-Star Game.

Norfolk Field Coach Ramon Sambo will also be representing the Tides in the All-Star Game, as he is one of three coaches leading the International League in the contest. Sambo is in his first season in Norfolk and his 13th season in the Orioles organization.

The Triple-A All-Star Game will be televised live on MLB Network, beginning at 9 pm. The telecast will also be available online on MiLB.tv, the MiLB First Pitch app, and MLBNetwork.com. The American Forces Network will showcase the event, bringing MLB Network’s telecast of the Triple-A All-Star Game to the U.S. Armed Forces stationed outside the contiguous United States on U.S. military installations and aboard U.S. Navy ships at sea. In addition, the game call will be simulcast on MLB Network Radio on SiriusXM Channel 89.