France vs. USA: ‘A magnificent showcase’ for the Women’s World Cup 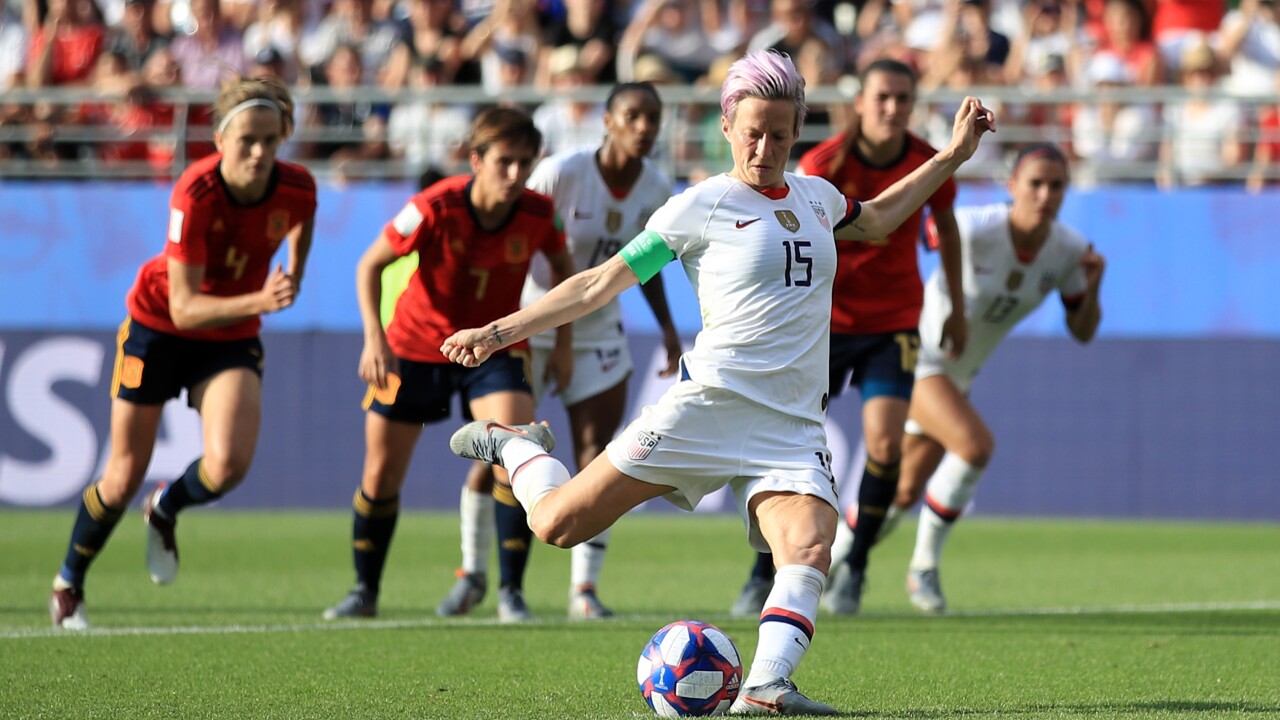 When heavyweights collide, the impact is always colossal.

First, there’s the anticipation, and for feverish excitement, no match at this Women’s World Cup has yet to compare to Friday’s quarterfinal clash between the US and France.

There is a reason why ticket prices have gone in the same direction as the mercury during this week’s European heat wave.

This is the world’s top-ranked team going head-to-head against the fourth best team in the world. The defending champion versus the host. An irresistible attack against an uncompromising defense. It is “Le Grand Match.” It is a match that is helping propel women’s football even further into the sporting mainstream.

Megan Rapinoe, the USWNT co-captain, said it best: “I hope it’s wild and crazy. I hope the fans are crazy and there’s tons of media around it and it’s just a big spectacle.”

The winner of this last eight super tie not only will move closer to winning one of the biggest prizes in sport, they will be overwhelming favorites to do so.

Does the US start as favorite? Perhaps, but neither would jaws fall to the floor if France were to knock out the defending champion.

A fearsome attack but a fragile defense?

There is much in America’s favor. No country has the three-time winner and current title holder’s pedigree in this tournament. Never have the Americans failed to progress to the semifinals.

Then, there is the roster. For athleticism, for speed, for attacking prowess, the US is without equal.

There is much to back up Abby Wambach’s claim that this is the best USWNT side in history. After all, no team has scored more in the group stages of this competition than the 18 goals netted by the title holders, and no previous US side has progressed to the knockout stages without conceding a goal.

All other coaches in this competition would hanker for a front triumvirate of Rapinoe, Alex Morgan and Tobin Heath.

Morgan scored a record five goals in the US’ 13-0 thumping of Thailand but has not found the net since, coming off early against Spain after taking a knock. Rapinoe, in the eye of a Donald Trump tweetstorm in recent days, did not sparkle against Spain but scored twice, while Heath has caused problems for every defense that has come up against her in France.

In Rose Lavelle, Jill Ellis has one of the most impressive young players in this tournament at her disposal, while Julie Ertz, still only 27, has the experience of winning four years ago and adds ballast to the midfield.

Questions were being asked about the US’ defense before the start of this tournament, and the debate became louder after Ellis’ team conceded a sloppy goal against Spain in the last 16, the first time the US rearguard was breached since April.

“You never want to see a goalkeeper make the type of error that Alyssa Naeher made in the build up to Spain’s goal,” former USWNT goalkeeper Hope Solo wrote in her Guardian column earlier in the week, referring to the undercooked pass that led to Becky Sauerbrunn losing possession on the edge of her box, which Spain pounced upon to score.

The US has not beaten France in three years, losing twice and drawing once. Their most recent contest, a friendly in January, ended in a 3-1 win for the French. Indeed, the World Cup host has won 17 of its last 18 matches.

Coach Corinne Diacre played down her team’s chances, saying Thursday, “We won’t be able to match the Americans, that’s for sure. But football is magical, and it’s not always the best team that ends up winning. That gives us hope.”

But a partisan Parc des Princes will be the ultimate stress test for the US’ weakest links because France too possess players of world-class caliber. The core of the team is made up of Lyon’s all-conquering side, Europe’s best women’s team and four-time Champions League winners.

Captain Amandine Henry is one of the world’s best defensive midfielders, striker Eugenie Le Somer is closing in on France’s all-time scoring record, and Wendie Renard, at 6 feet, 1 inch the tallest player in the tournament, is a central defender who has scored three times in this tournament.

Four years ago, Les Bleues crashed out at the quarterfinal stage against Germany on penalties, and they have not gone beyond the last eight in any recent major tournament, but a team that had always struggled to flourish in attack is now a threat in the final third. Only the US has scored more in this tournament.

Like the US, France has been a touch inconsistent this year. After impressively beating South Korea 4-0 in the opening fixture, Diacre’s side has been the beneficiary of several VAR decisions — including a contentious penalty retake against Nigeria — and needed extra time to see off Brazil in the round of 16.

Rapinoe said both countries are better than they were in 2015, when the US won the title.

“The women’s game in general has grown tremendously, and I guess the task for each team is to try to be the team that is growing as fast as the game is and keeping up and even being the one that’s pushing the game forward, and, I think, France has done a very good job.”

Will football be the winner?

Early Friday, StubHub was selling tickets for 10,000 euros ($11,368), significantly more than other last-eight matches. There were still tickets available for Saturday’s quarterfinal match between Germany and Sweden on FIFA’s official site for 15 euros ($17).

“These are why you play all these friendlies a thousand times, training on your own for hours and hours, and grind through the rest of it so you can get to this moment,” Rapinoe said of the anticipation surrounding the match.

“The US team lives in pressure,” said Ellis, who on Friday will overtake April Heinrichs’ record for the most appearances as US head coach.

“When you’re young and you come into this program, there’s always a target on your back, so it’s almost a place where we live regularly.

“This is a big game, and the players know that, but it’s that expectation of being ready for this moment. We talk a lot about it. They are wired for this. They are built for this. You don’t come into the US program and hide in the shadows. You come in, and you’re in the spotlight right away.”

But whether it is France or the US that marches on to the semifinals, with the eyes of the world on this match, women’s football will be the beneficiary.

“It’s a big game. It’s a global game. This is a magnificent showcase piece for our sport,” added Ellis, aiming to become the first coach to win the Women’s World Cup twice.

“I’ve said it’s the most popular sport now, I believe, for women. This game makes it bigger. The attention, the fanfare around it and behind it just draws more attention to it.