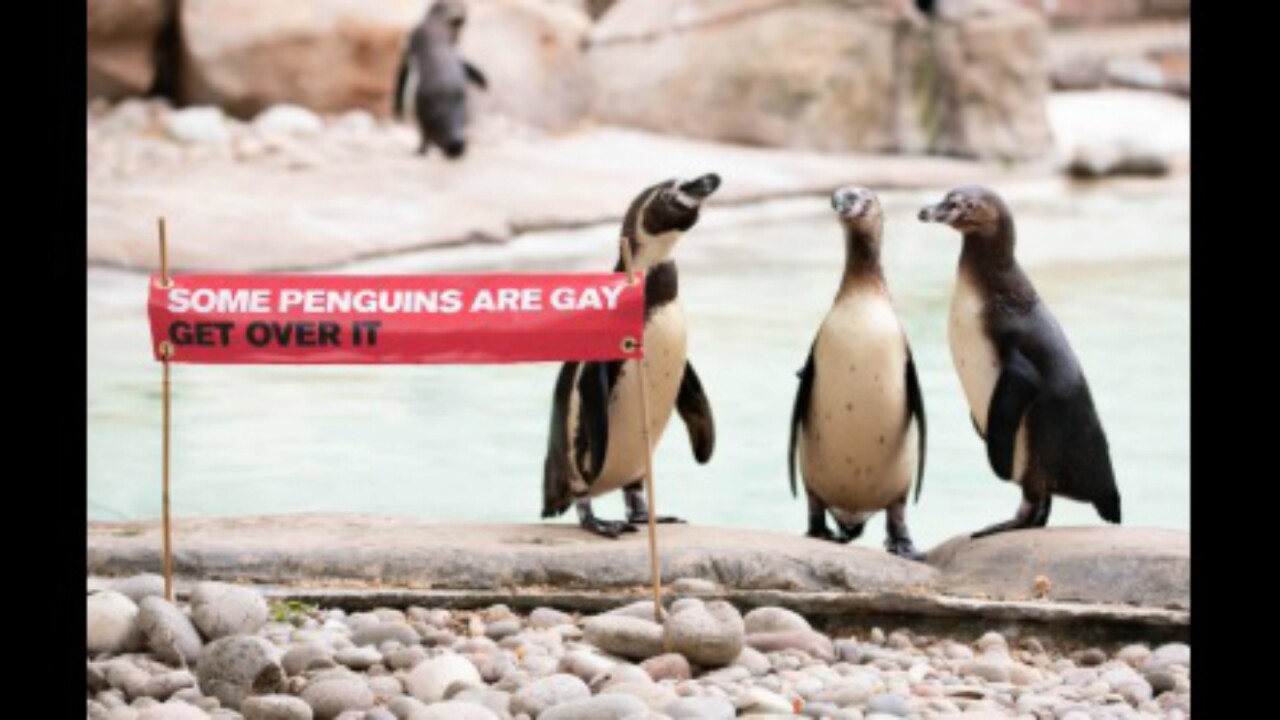 To celebrate the pair and similar animal couples, the zoo plans to give a “Pride makeover” to its Zoo Night event July 5. In addition to regularly scheduled Zoo Night festivities, the zoo will teach about gender, mating and same-sex animal pairings.

Zookeepers have also designed a special banner for the Penguin Beach home where Ronnie and Reggie live.

The banner reads, “Some penguins are gay. Get over it,” a homage to Stonewall’s “Get Over It” campaign against LGBT bullying.

Next week’s #ZSLZooNights will be getting a #Pride makeover and our #penguins are joining in on the celebrations! 🐧🏳️‍🌈 Learn more about our Pride-themed activities at the Zoo & how you can join in: https://t.co/G62kM4oKGA ❤️💛💚💙💜 #PrideInLondon #ZooLife @PrideInLondon pic.twitter.com/zIFBFurnuR

Ronnie and Reggie got together in 2014, according to a press release. A year later, they adopted an egg abandoned by another couple, sharing parenting duties of their chick Kyton until he fledged the nest.

Though their baby is now grown, Ronnie and Reggie are still going strong and are often found snuggling in their nest box.

The zoo is home to 93 penguins total, and Ronnie and Reggie are not the only same-sex couple, the zoo said.