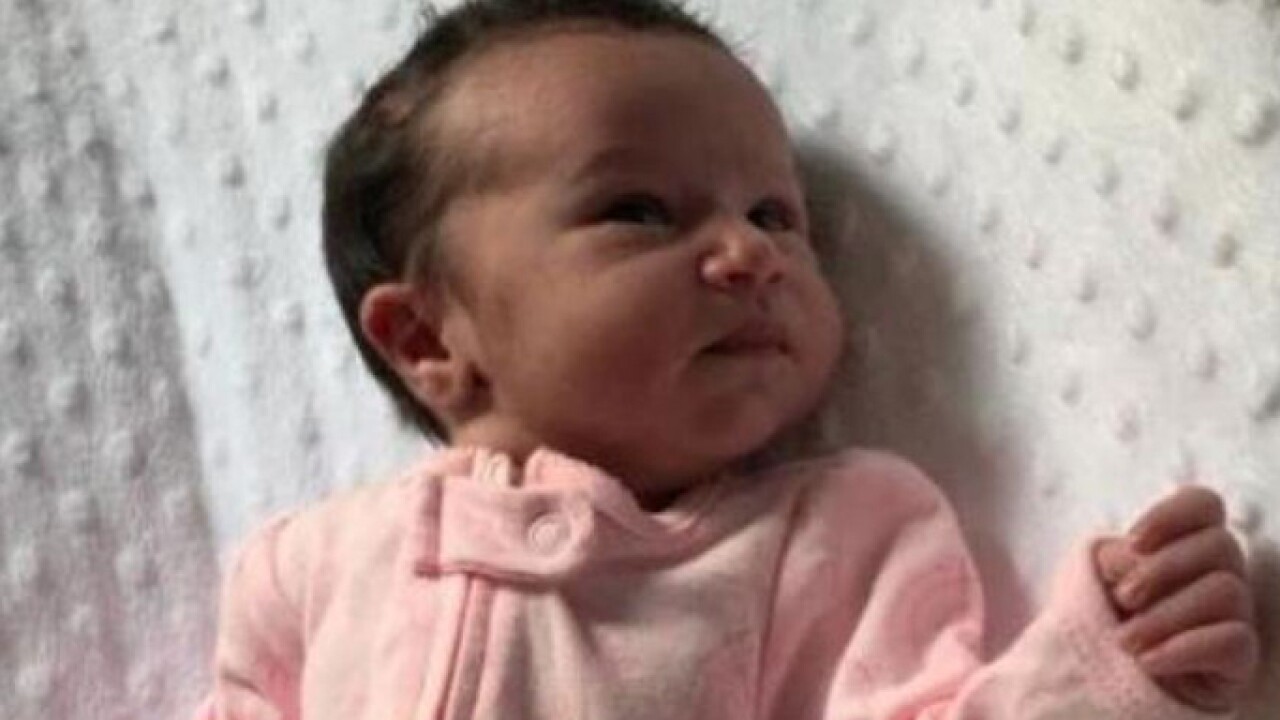 “Once I got there and was able to see she had no obvious injuries, I was able to pick her up and take care of her. Your fatherly instinct kicks in,” Roper told CNN’s John Berman on “New Day” Thursday. “You just want to show love to a child that had never known it before — the only thing she knew was being in a bag.”

Roper found ‘Baby India’ on the night of June 6, yet her mother’s identity remains a mystery.

Hoping to get tips from the general public, the Forsyth Sheriff’s Office released portions of the bodycam video earlier this week showing the rescued child being taken from her plastic onesie and expertly swaddled in a blanket by the burly deputy before being handed over to the Emergency Medical Service.

“True heroes of the day” is how Forsyth County Sheriff Ron Freeman described the unnamed family that heard the baby’s cries and called police to the scene.

“A father and his three daughters who had just returned home from vacation and went inside their home and then inexplicably decided to go out, because we were supposed to have thunder storms at night, and empty out their car from their trip,” Freeman told CNN’s Alisyn Camerota on “New Day”. Hearing the unexplainable sounds, the daughters “kept on with their dad, back and forth: Was it an animal noise? Was it a baby?” said Freeman. “And then they decided to go investigate.”

“Had they not done that, this would have been a different conversation,” he noted.

Once “Baby India” was safe inside an area hospital, Roper said he didn’t want to leave her behind though he knew she needed medical examination: “I came back later that night and saw her when she was still in the NICU and the next night she was transferred to a regular nursery area and the staff at the hospital was kind enough to let me in and hold her again.”

Today, Baby India is doing “fantastically well,” thriving within the care of Georgia Department of Family and Children Services, said Freeman. “She’s safe and so now we’re focused on the criminal investigation.”

“Out there somebody knows a woman who was pregnant, near full-term or full-term, and now she’s not, but there’s not a baby in the picture — that’s a little suspicious,” said Freeman, who added that the mother is likely living in the Atlanta metro region.

“We need the public’s help,” said Freeman. “We’ve got a lot of forensic evidence that we’ve recovered. We need somebody to call us with that tip that will lead us down the right path.”

Anyone with a tip can reach out to the Forsyth County Sherriff’s Office through social media, their website or by dialing 770-781-3087, the 24-hour tip line. “We don’t know who left this baby, we don’t know who abandoned her and we don’t know what the reasons are, so we need to understand that,” said Freeman. “Thank you for sharing with us and hopefully this generates a tip.”

Though the criminal investigation is now paramount, Roper’s fatherly heart remains focused on the memory of his unusual discovery: “I was the first person to be able to show her that compassion, and it’s quite an honor to be that person, to show her the first bit of love. It’s something I’ll never forget.”