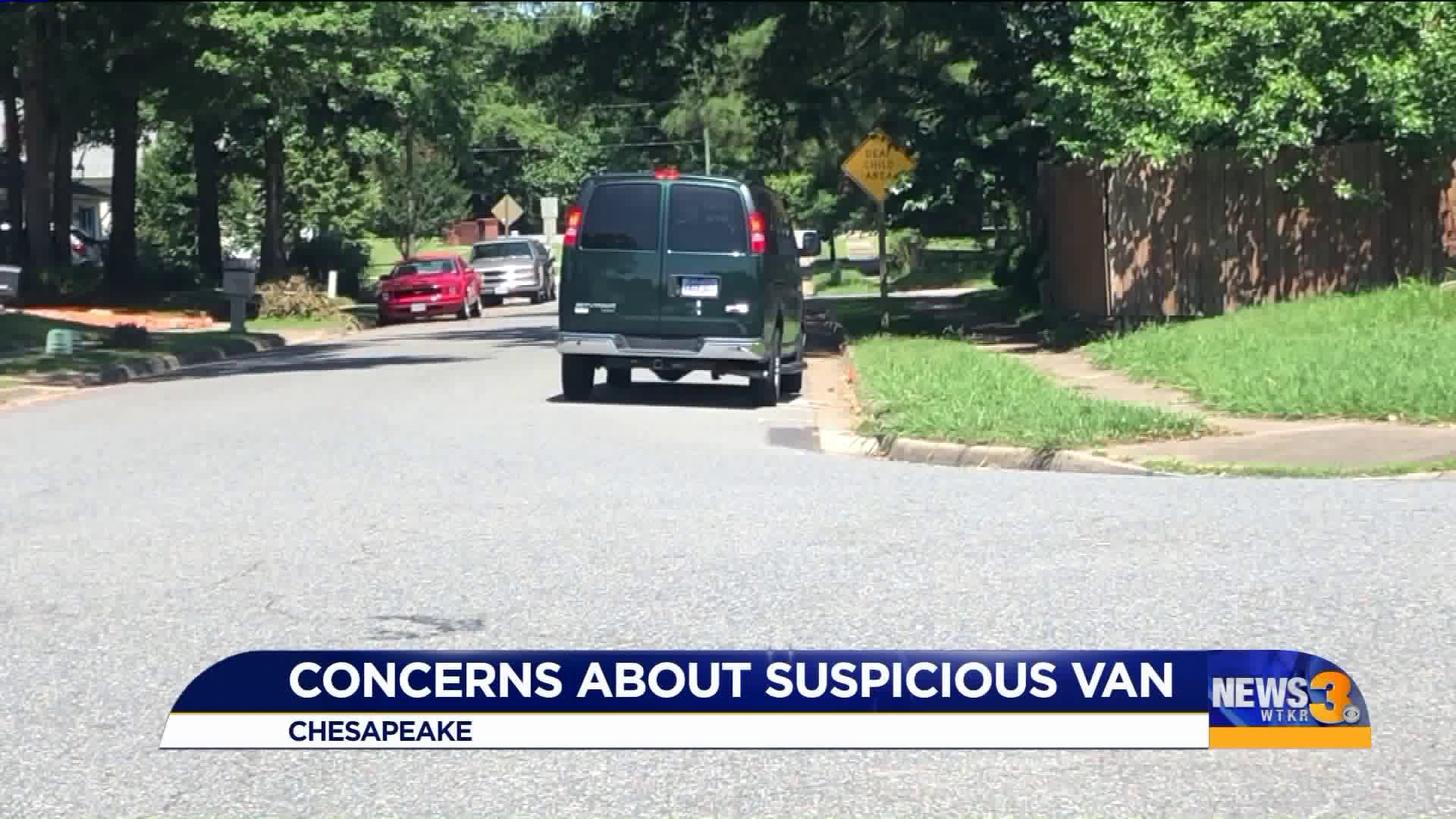 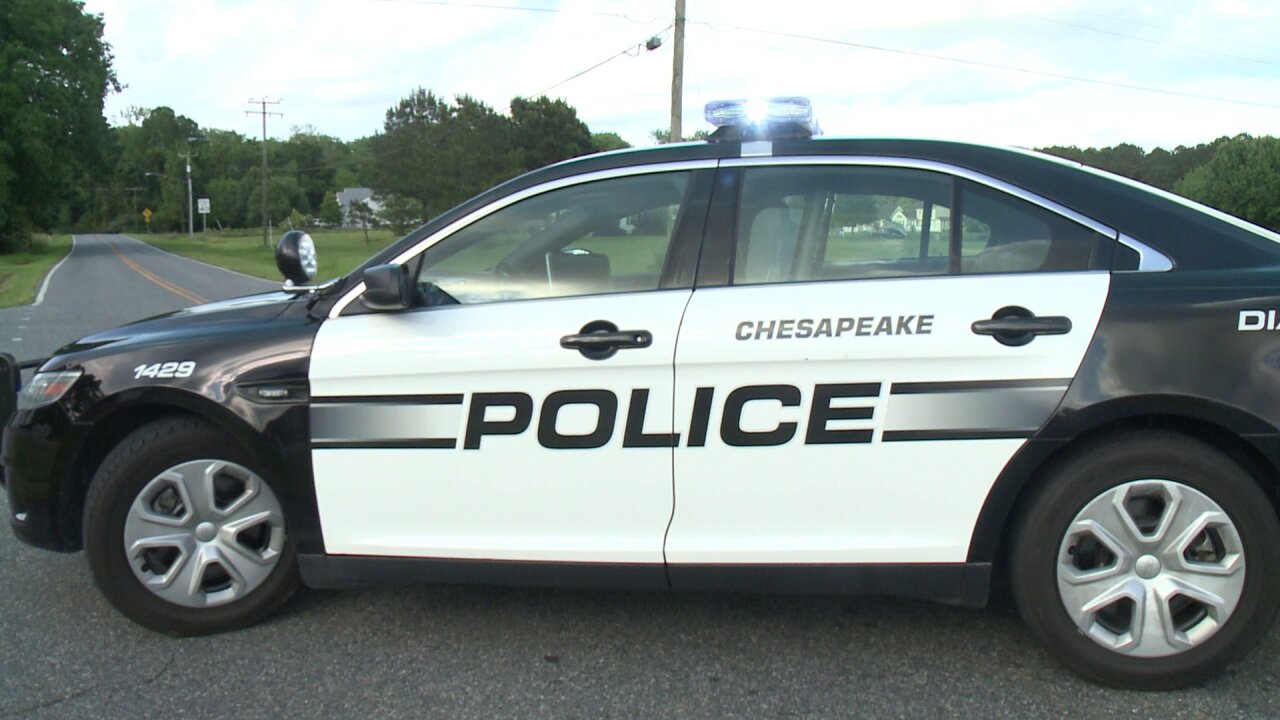 CHESAPEAKE, Va. - A community was on heightened alert for more than 24 hours after a suspicious van was seen roaming the neighborhood, allegedly luring children in.

"The kids play outside here a lot. They just ride their bikes; there are kids everywhere," said longtime resident Patricia Bronson.

But on Tuesday morning, a mother on Glendale Avenue noticed something she thought was fishy.

"There was a van driving very very slow and she thought it looked strange," said neighbor Debbie Harper, who spoke to the mother. "So, she followed the van and called the police at the same time."

Word of what seemed to be a suspicious forest green work van targeting children spread like wildfire.

"It's very startling for me as a grandmother, a citizen and as a minister," Bronson said.

The initial spotter of the van put a post on NextDoor and Facebook telling her neighbors to be on alert and on the lookout, as she was noticing the van approaching young children with its doors open.

Chesapeake Police investigated the woman's claims, canvassed the neighborhood and also interviewed children who stated the masked men in the van were trying to lure them in with candy.

Knowing all of this information, News 3 went to the community Wednesday to look for answers and to see if police were looking for the suspicious van. Within minutes we spotted what looked like the van ourselves, so we called the investigating detective.

Shortly after, Chesapeake Police showed up to the scene, found the van and interviewed the driver after we told them what we saw.

Turns out the neighborhood can rest easy. Police said there was no criminal or suspicious activity taking place and that a family had actually been driving around looking for their child who went on a longer-than-normal bike ride.