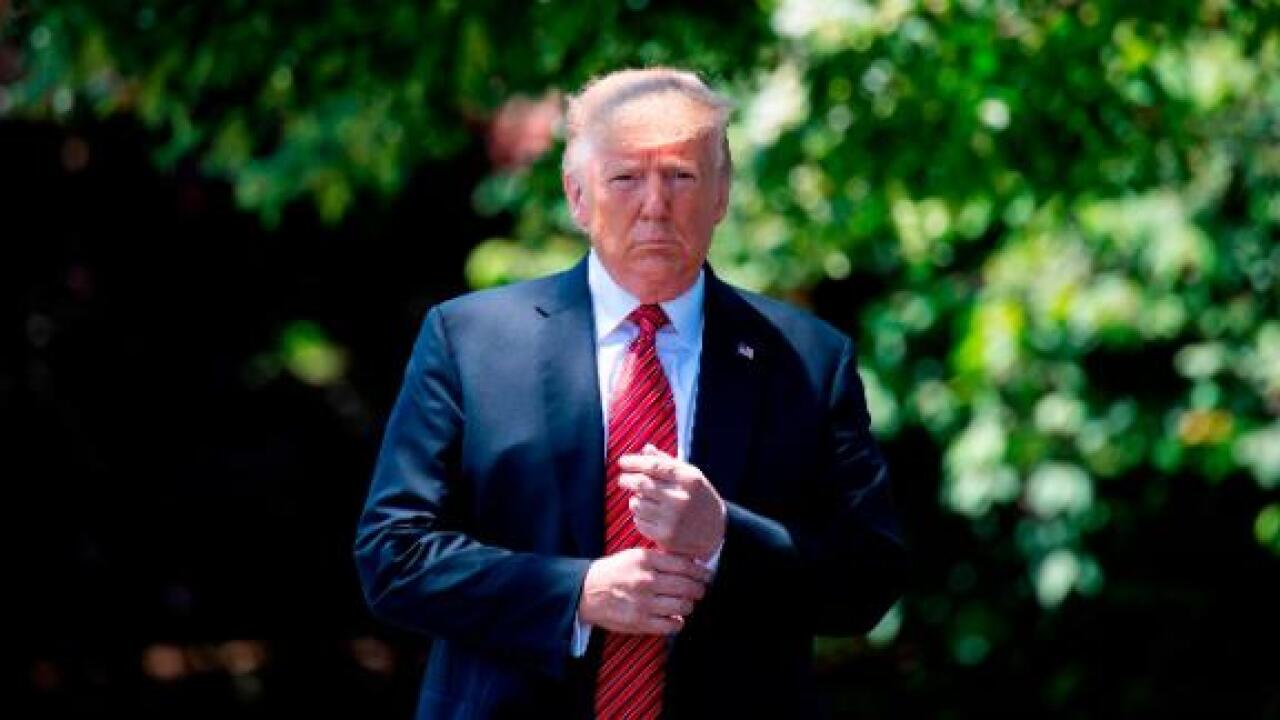 The order — which seeks to fulfill the President’s promise to lower costs for Americans — directs the Health and Human Services Department to develop a rule that would require hospitals to disclose prices that reflect what insurers and patients pay for common items and services.

However, the order does not specify what level of detail hospitals must provide — whether it be the privately negotiated rates between hospitals and insurers for specific health insurance plans or aggregate data. Those particulars will be included in the forthcoming rule, senior administration officials said.

The agency must also draw up a proposal to require providers and insurers to give patients an estimate of their out-of-pocket costs before they receive treatment.

“Patient empowerment requires transparency around price and quality,” said Health Secretary Alex Azar. “Every day, American patients are being taken advantage of by a system that hides critical information from them that they need to make decisions for them and their families.”

The vision is to have consumers one day be able to get price and quality data on their phones, said Seema Verma, administrator of the Centers for Medicare & Medicaid Services.

Hospitals, insurers and other providers in the health care industry are already preparing to oppose disclosing their contracted rates, which they say will do more harm than good. The insurers’ trade group has pointed to a 2015 Federal Trade Commission blog post that said too much transparency can interfere with competition in the medical market.

The main hospital lobbying organization has also opposed this type of disclosure, saying patients are more interested in their out-of-pocket costs.

Also, some experts have questioned the administration’s focus on giving consumers more access to prices, especially since most Americans don’t shop when it comes to health care, they say.

This executive order is Trump’s third related to health care. The first, which he signed hours after taking office, was aimed at undermining the Affordable Care Act. It directed agencies to interpret regulations as loosely as possible to minimize the financial burden on Americans, insurers, health care providers and others.

The second came shortly after Republicans in Congress gave up their effort to repeal and replace Obamacare in the fall of 2017. It also sought to weaken Obamacare by making it simpler for Americans to purchase alternative plans that are typically cheaper but don’t have to adhere to all of the law’s regulations. It led the administration to make it easier for consumers to buy short-term plans that last up to a year and for small businesses to join together to buy coverage, though that rule is now on hold pending the outcome of a lawsuit.

Trump has long promised to tackle the high cost of health care in America, one of the nation’s thorniest problems.

The administration has already taken some initial steps to require drug makers and medical providers to release more cost information, though it has generally focused on the industry’s list prices rather than the negotiated rates or what consumers are actually billed.

Last month, Azar announced that drug makers will have to start including the list price of medications in their television ads. Several drug makers recently filed a lawsuit aimed at blocking the rule.

And starting this year, the Centers for Medicare and Medicaid Services is requiring hospitals to post their standard charges for their services on their websites in a format that can be imported into a computer system.

Lawmakers on both sides of the aisle in Congress are also working together in hopes of increasing awareness of pricing and of the behind-the-scenes tactics that keep costs high.

However, experts say most of Trump’s actions so far have not directly addressed the true problem: The high cost of what hospitals, doctors and drug makers charge for their services. Disclosing list prices or general data doesn’t help most Americans since their rates are determined by their insurance — and deductibles — so this information will not tell them much about what they are on the hook for and could even dissuade them from pursuing care.

“I’m not sure how aggregate information on rates will help patients, many of whom will have different types of coverage or be at different places in spending down their deductible,” said Niall Brennan, chief executive of the Health Care Cost Institute, a non-profit research organization.