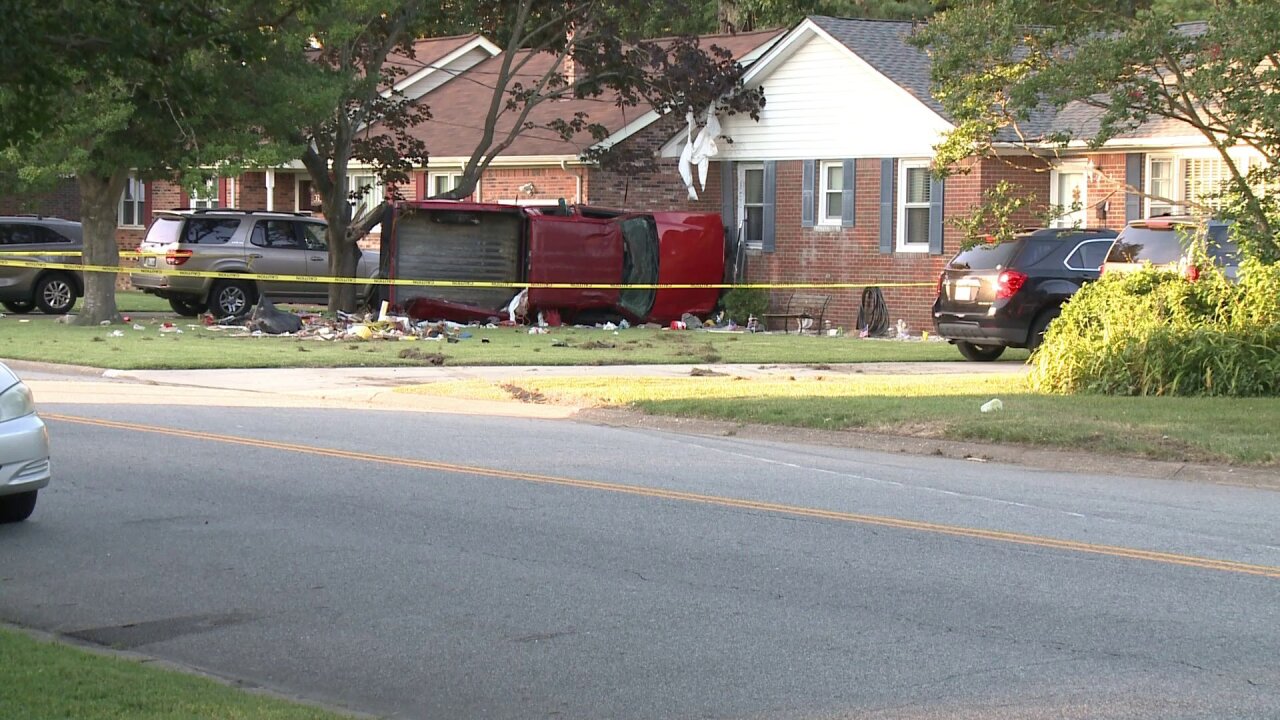 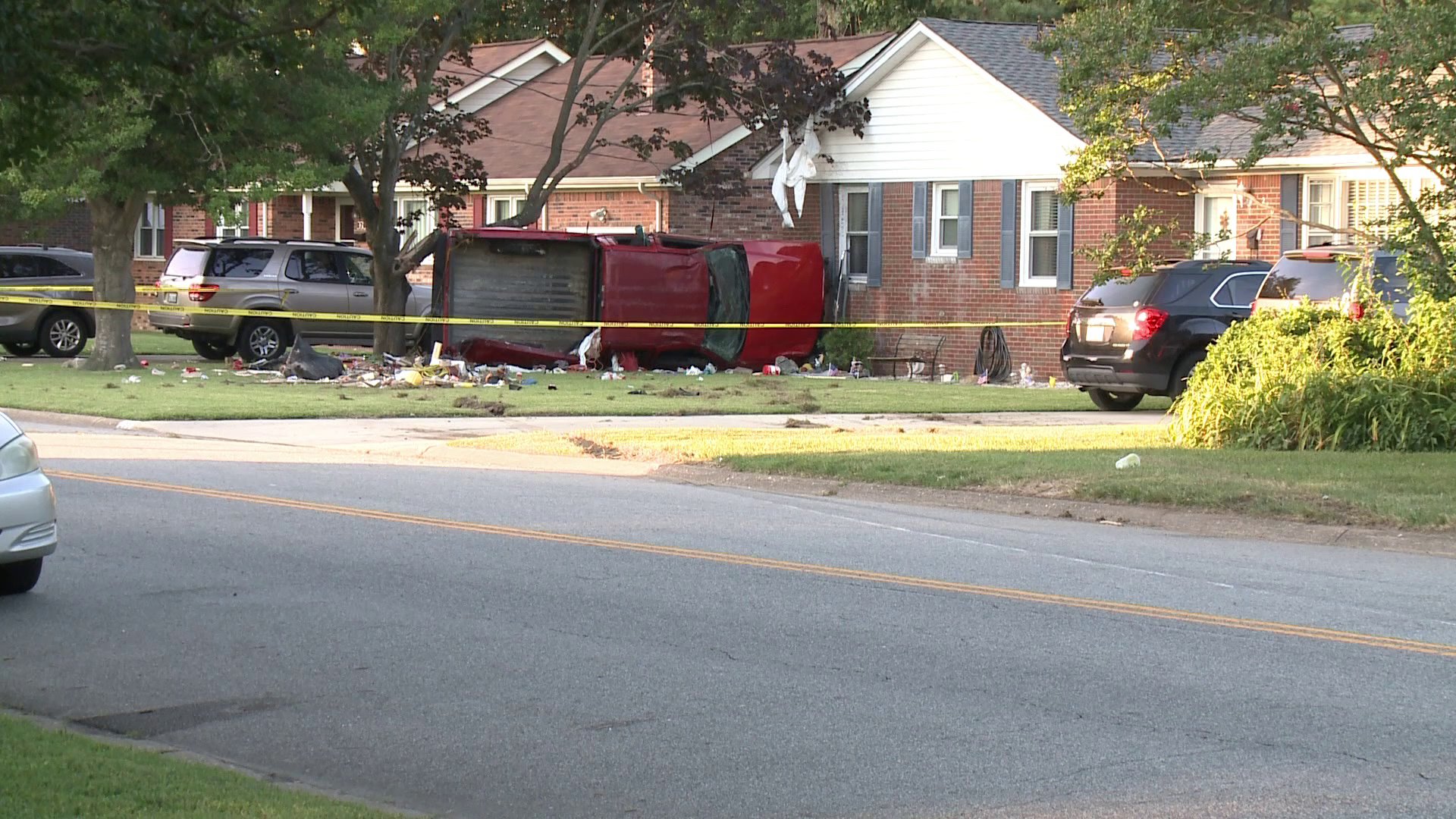 VIRGINIA BEACH, Va. – A single-vehicle crash left a teenage passenger dead after a truck crashed into a home Monday evening.

Around 6:12 p.m., officials were made aware of the crash that happened in the 200 block of S. Parliament Drive.

When they arrived on scene, officers found the overturned truck.

All passengers were taken to the hospital with very serious injuries.

A preliminary investigation revealed all three people in the truck were not wearing their seatbelts at the time of the crash. They were thrown from the vehicle as it overturned, and the truck came to rest after hitting the home.

A teenage passenger later died from her injuries at a local hospital.