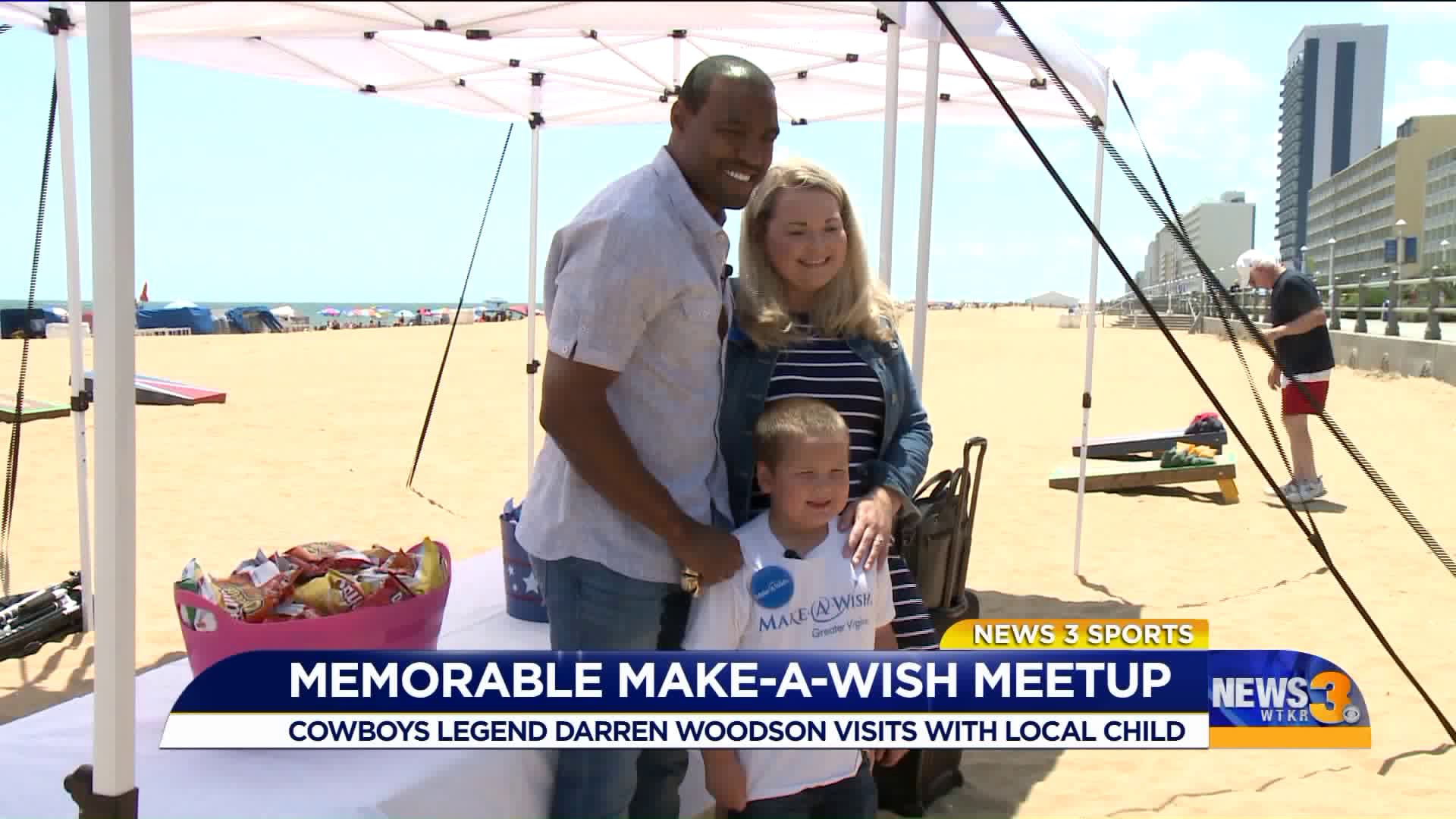 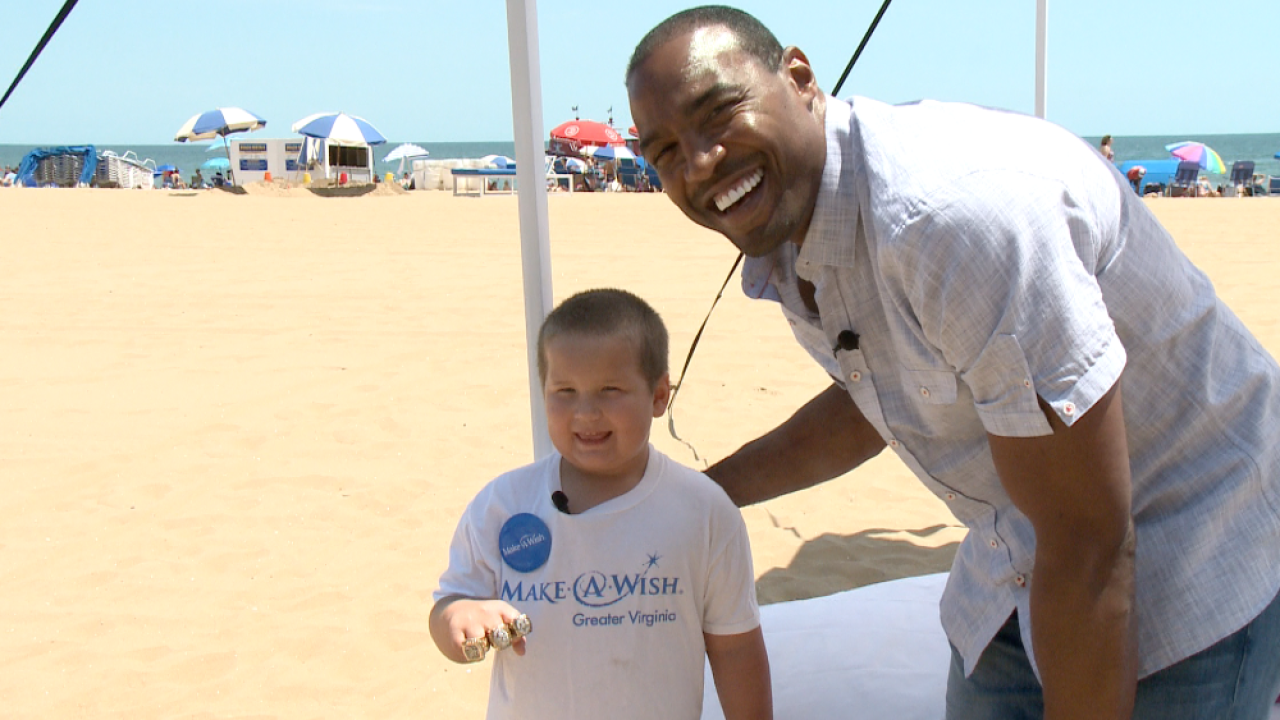 VIRGINIA BEACH, Va. - Reading a book on the beach. It's a popular activity on a sunny, summer day like Monday.

But, the one being read on the Virginia Beach Oceanfront wasn't just any book - and it wasn't being scanned by just any beach visitor.

Darren Woodson, the 12-year NFL veteran and three-time Super Bowl champion who spent his entire career with the Dallas Cowboys, flips through pages documenting the journey of six year-old Gideon Thompson of Chesapeake.

"We are so truly honored to have him be a part of his honor and have the opportunity to meet him," Jenny Thompson, Gideon's mother admitted. "The book documented Gideon's journey. We prayed that would be an encouragement for him and other people."

"It was about my brain tumor," Gideon, who underwent five surgeries, said when asked what the book is about. Thompson received his wish three years ago when he and his family took a trip to Disneyworld courtesy of Make-A-Wish Greater Virginia.

Thompson will soon celebrate five years in remission after being diagnosed with stage four brain cancer before his first birthday.

"This is about life, this is about family - this is about giving," Woodson, a member of the Dallas Cowboys Ring of Honor explained. "I`m no different from any of these Redskins, the Darrell Greens of the world, the former guys that played here in Redskins country - they would go to Dallas and do the same thing."

And Woodson, who is a board member for Make-A-Wish North Texas and was in town to speak at the Independent Insurance Agents of Virginia's annual conference, certainly did the thing. He even busted-out his three Super Bowl championship rings on the Virginia Beach Oceanfront - in the heart of Redskins country.

"This is football fans uniting for one great purpose," Jenny said. "To encourage and inspire children like Gideon and families like ours."

When it comes to putting a smile on the face of a younger, sometimes you don't always have to go by the book of NFL team loyalty.