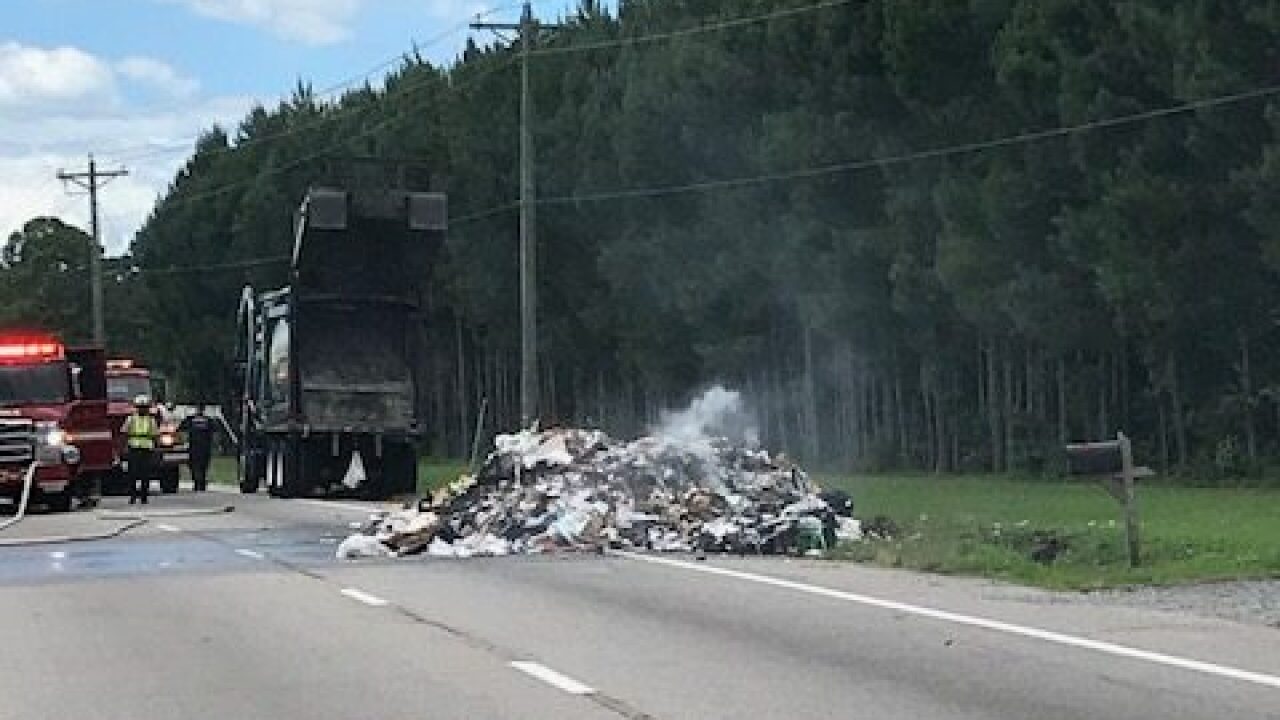 According to Suffolk Police, dispatch received a call at 12:01 p.m. advising of the fire in the bed of a TFC Recycling truck. The truck’s driver was able to dump the load so as to avoid further damage to the truck.

Firefighters with Suffolk Fire & Rescue quickly extinguished the fire, but remained on-scene due to hot spots in the contents of the load.

No one was injured, but the roadway was closed for two hours as additional crews helped spread out the load and reload it onto another vehicle for transport. The 3900 block of Holland Road/Route 58 reopened at 5 p.m.

Both westbound lanes will be briefly closed again Friday evening while Public Works crews put down sand on the roadway due to conditions following clean-up.