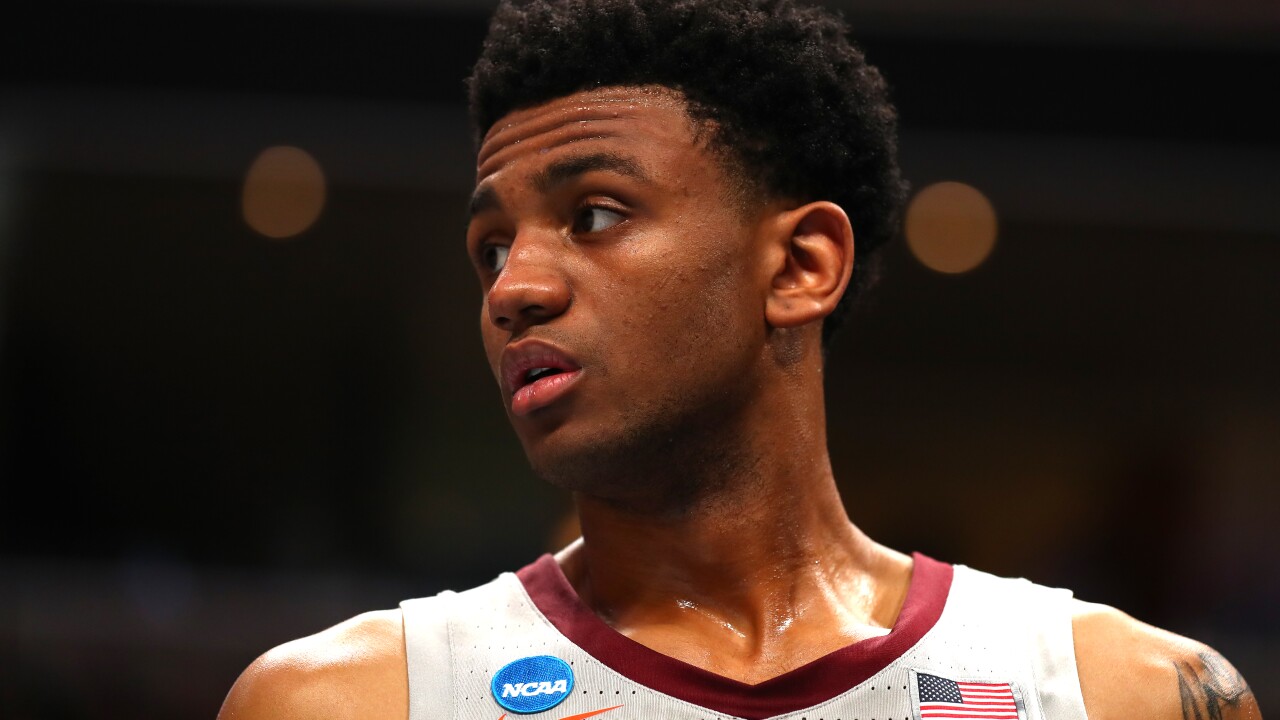 BROOKLYN, NY (HokieSports.com) – Virginia Tech men’s basketball player Nickeil Alexander-Walker was selected by the Brooklyn Nets in the first round of the 2019 NBA Draft, held at the Barclays Center in Brooklyn, New York on Thursday night. He went with the 17th pick in the draft.

Alexander-Walker played two seasons for the Hokies, averaging 13.5 points per game and 4.0 rebounds per game. He started all 67 games in which he played and shot .464 from the field and .383 from three-point range.

As a sophomore in 2018-19, Alexander-Walker was named third team All-ACC, while leading the Hokies in scoring (16.2 ppg) and assists (135 assists). He helped lead the Hokies to the Sweet 16 of the 2019 NCAA Tournament. He appeared in the NCAA Tournament in both of his Virginia Tech seasons. He was the MVP of the 2018 Charleston Classic and the ACC Player of the Week on Nov. 19. He is the first early entrance NBA draft pick for the Hokies.

It is expected that Alexander-Walker will be traded from the Nets to the New Orleans Pelicans (through the Atlanta Hawks) once the NBA business year begins on July 6. He becomes the seventh ACC player selected in the first 17 picks of the 2019 NBA Draft.