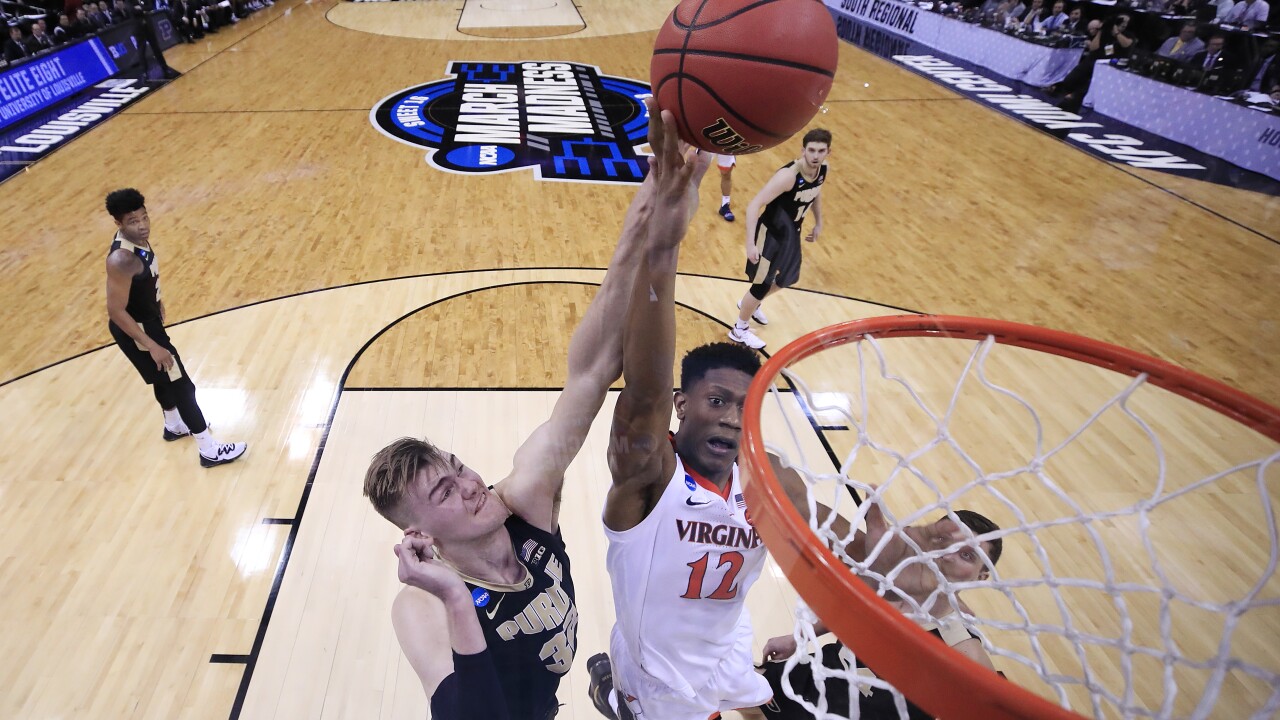 BROOKLYN, NY – Hunter is higher than everyone in more than a quarter-century.

Thursday, De’Andre Hunter became the highest-drafted basketball player from the University of Virginia since Ralph Sampson was selected No. 1 overall in the 1983 NBA Draft.

Hunter, who earned consensus second-team All-America honors as a sophomore in 2018-19 for UVA, was selected with the fourth overall selection in Thursday’s draft. He was technically drafted by the Los Angeles Lakers, but will reportedly begin his career with the Atlanta Hawks who traded for the No. 4 pick and the right to select the NABC National Defensive Player of the Year.

Hunter was an All-ACC first-team selection and the ACC Defensive Player of the Year for the NCAA national champions in 2018-19. He averaged 15.2 points and 5.1 rebounds, while shooting 52 percent from the field, 43.8 percent from 3-point range and 78.3 percent from the free throw line. Hunter racked up 10 20-point games, including a career-high 27 points against Texas Tech in the NCAA championship game. He averaged 12.4 points and 4.4 rebounds in 71 career games.