Chesapeake’s Grant Holloway makes history as finalist for The Bowerman 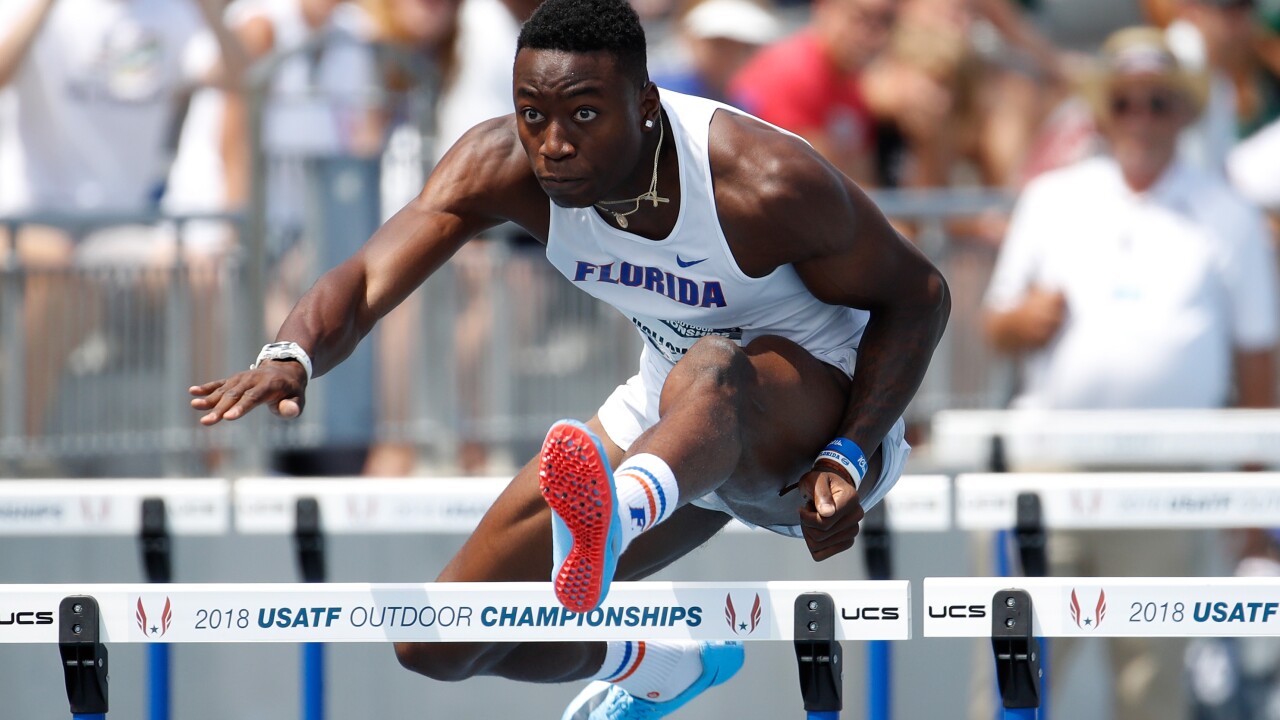 CHESAPEAKE, Va. – Grant Holloway, the Grassfield High School alumnus, is no longer an active college athlete – but he’s on the cusp of one of the top honors in college sports.

Holloway, who recently turned pro after winning another NCAA title, is one of three finalists for The Bowerman – collegiate track & field’s highest honor. Holloway is joined by LSU’s Mondo Duplantis and Texas Tech’s Divine Oduduru. A finalist last year, too – Holloway becomes only the fourth man to ever be a finalist for The Bowerman in multiple years, joining Edward Cheserek, Ashton Eaton and Lawi Lalang.

Holloway, as a junior, put an exclamation point on an amazing junior year at the NCAA DI Outdoor Championships. It was in the Lone Star State where Holloway smashed Renaldo Nehemiah’s 40-year-old collegiate record in the 110 Meter Hurdles when he clocked a winning time of 12.98. Holloway also carried the baton for the collegiate record-setting 4×100 relay team and closed the meet with the fastest leg of the 4×400 in 43.7.

Fan voting for The Bowerman begins today and runs through Thursday, June 27.

The Bowerman Presentation (& announcement of the winner) will take place Thursday, December 19, at the annual USTFCCCA Convention, which will be held at the JW Marriott Orlando Grande Lakes Resort & Spa in Orlando, Florida.

The Bowerman, which debuted in 2009 and is named after former University of Oregon coach Bill Bowerman, is presented annually by the USTFCCCA to the most outstanding male and female collegiate track & field athletes in the nation.

Bill Bowerman served the sport of track and field in numerous ways. His leadership as president of the USTFCCCA’s predecessor organization, the National Collegiate Track Coaches Association, and his contributions to NCAA track and field and the running community as a whole are among his many lasting legacies.

For more information on The Bowerman, the award, the trophy and Bill Bowerman himself, visit TheBowerman.org.