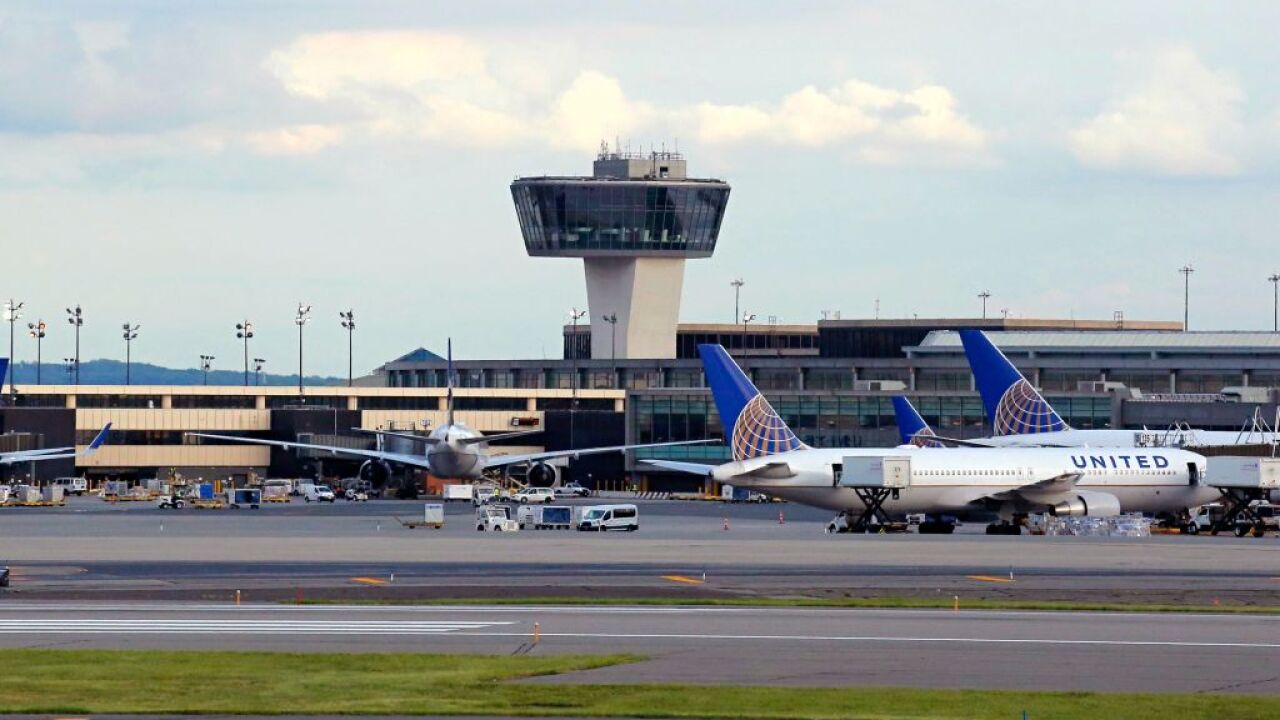 The Newark Liberty Airport is seen after authorities ordered a partial evacuation May 27, 2017 in Newark, New Jersey when a suspicious package was discovered in a shopping bag. / AFP PHOTO / Kena Betancur (Photo credit should read KENA BETANCUR/AFP/Getty Images)

Six smoke grenades were found in the carry-on bag of a passenger traveling to the Dominican Republic from a New Jersey airport on Sunday, the Transportation Security Administration said.

The passenger’s bag was pulled from the conveyer belt at an X-ray checkpoint at Newark Liberty International Airport after a TSA officer flagged it for further inspection, the agency said. Inside were six smoke grenades neatly stowed in bubble wrap.

“This is a perfect example of what a fine job our TSA officers do,” Christopher Murgia, TSA’s New Jersey deputy federal security director said. “The officer staffing the X-ray machine spotted something unusual and called for the bag to be opened and inspected. It certainly turned out to be the right call.”

The grenades aren’t illegal, Murgia said, but they “are certainly prohibited from being brought onto an airplane because if released, smoke would fill the cabin and cause panic among the passengers and crew and possibly get into the cockpit.”

The passenger was able to give the smoke grenades to a non-traveling companion and was permitted to catch his flight to the Dominican Republic without them.

“It’s quite shocking that someone thought he could bring them on the plane at all because something like that is not even allowed in a checked bag,” Muriga said.