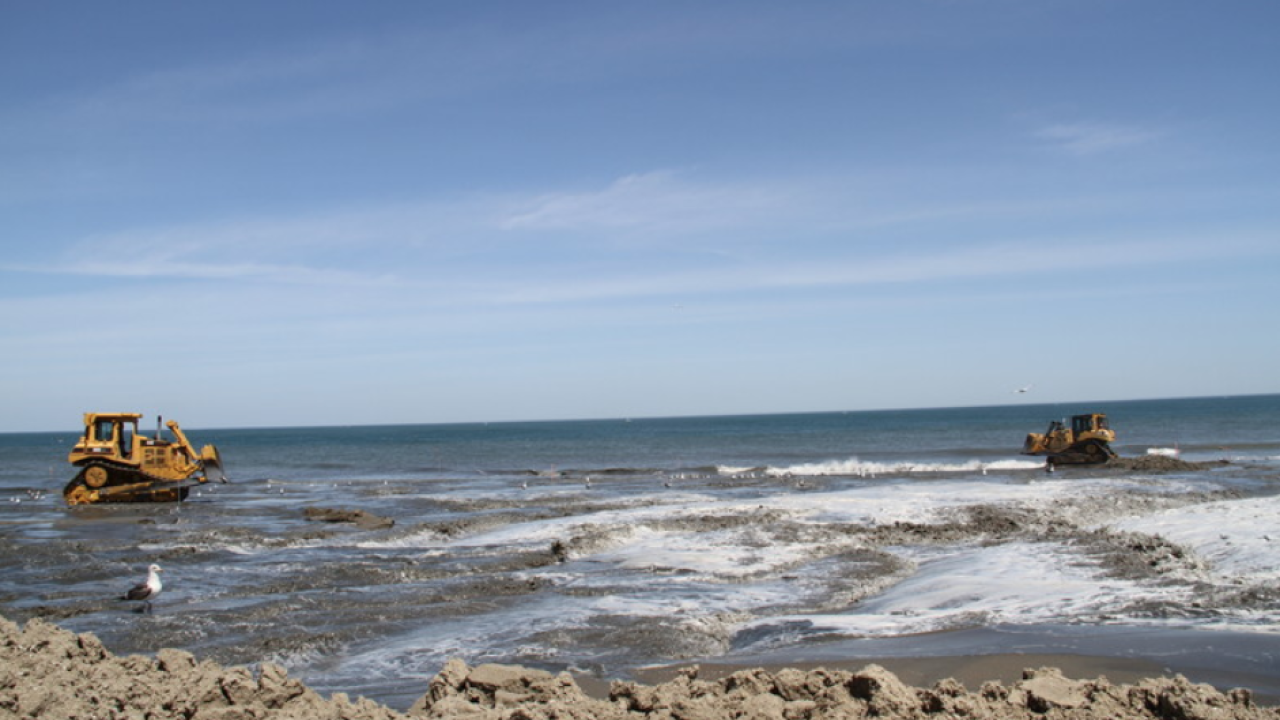 VIRGINIA BEACH, Va. – The city of Virginia Beach and Norfolk District, U.S. Army Corps of Engineers are already preparing for winter with the Sandbridge Hurricane Protection and Beach Renourishment project.

The investment for this renourishment cycle is $20.3 million, which included the design, construction and administrative costs. With nonfederal contributed funds, the district will utilize in-house resources to prepare the design and administer the construction contract.

The project is expected to begin around mid-November with completion based on contractor equipment availability – a deferment from its original timetable.

“The city of Virginia Beach is looking forward to the next re-nourishment cycle of this very successful storm damage reduction project, “ said Dan Adams, city of Virginia Beach Public Works coastal program manager. “In addition to providing a wider recreational beach, this project has provided a source of sand for the re-establishment of a naturalized dune system that provides additional storm protection and habitat creation.”

Due to a higher likelihood that operations could injure or kill sea turtles, which are listed under the Endangered Species Act, dredging restriction in place from September 1 to November 14 also affected the project’s timeline.

In accordance with the Endangered Species Act and the Virginia Department of Game and Inland Fisheries, turtle deflectors on the dredge drag head will serve to reduce risk of impacts.

Crews will work daily in 500 to 1,000-feet sections. The beach will be inaccessible in small construction areas for 24-48 hours at a time as crews proceed.

The action involves an area approximately 5 miles long and 725 feet wide. It extends from the Dam Neck Fleet Training Center to Back Bay National Wildlife Refuge.

Due to the government shutdown last year, the district was unable to execute an agreement with the Bureau of Ocean Energy Management to borrow sand for Sandbridge from federal waters.

“While the plan was to complete this construction prior to Memorial Day, dredging resources and environmental permits delayed the construction start,” said Kristin Mazur, Norfolk District project manager.

The previous storm-damage project was completed in 2013. Due to natural coastal impacts and multiple smaller storms, the sand placed in 2013 has eroded and the infrastructure behind the beach berm will be at risk in the event of a large storm.

“The wider beach berm reduces the impacts from wave run-up that causes damage to homes and infrastructure along the coast, as well as flood damage,” Mazur said. “Ensuring the beach is nourished and protected before winter storms is critical.”

Sandbridge has saved nearly $140 million in preventable damage from these protection measures over the lifespan of this project, according to calculations based on historical stormdamage to existing infrastructure, as well as analysis of certain storms with associated wave impacts.

Beachgoers can expect to see pipes, safety fencing in active construction areas and other heavy construction equipment required for grading.

Frequent updates about the project’s status will be maintained on Norfolk District’s website.