Poll shows Medicare for All is confusing to most Americans 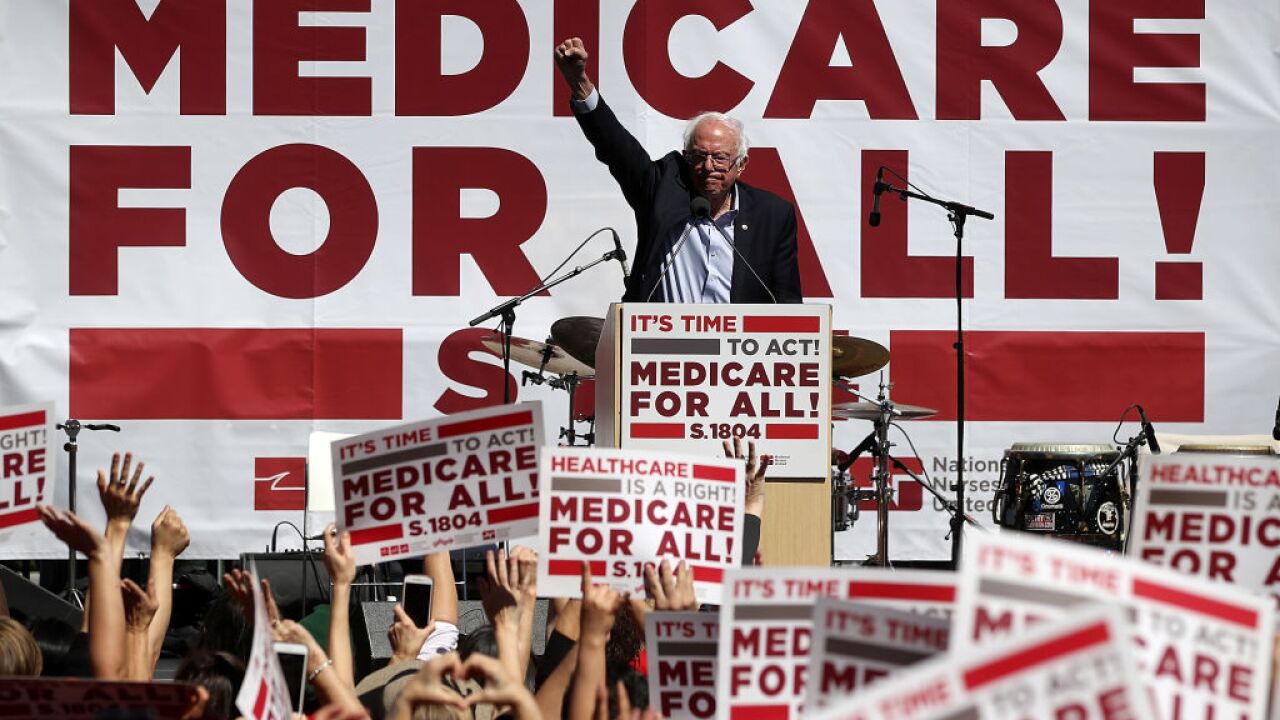 “Medicare for All” is in the spotlight in the 2020 presidential campaign, but many Americans don’t understand what it is.

A new Kaiser Family Foundation poll released Tuesday found that majorities of those polled have mistaken views about the government-run program backed by Vermont Sen. Bernie Sanders, an independent who is a leading candidate for the Democratic nomination.

Almost the same share think those who currently get health insurance through their jobs or buy it on their own would be able to keep their plans, when in fact the current proposals would essentially do away with private insurance altogether.

But there is one aspect of Medicare for All that the vast majority of those polled understand very well: Some 78% say that taxes would increase for most people under such a plan, which is in fact likely to happen.

Medicare for All is one of the health care proposals being championed by progressive Democrats, including Sanders and others running for the nomination, though it has caused fissures within the party. Top congressional Democrats have committed to defending the Affordable Care Act, which is under assault in the courts from an alliance of Republican-led states, as well as the Trump administration.

Under Medicare for All, everyone would be enrolled in a government-run program that would provide comprehensive benefits with no premiums or out-of-pocket charges. While Sanders hasn’t specified how he would cover the price tag — estimated by some think tanks at $32 trillion over 10 years — it would likely entail tax hikes. The Sanders campaign argues that most Americans will come out ahead because they won’t have to pay for coverage or care.

Some candidates — as well as House Democratic leaders — are supporting more moderate proposals that would expand coverage but retain a role for private insurance.

Democratic politicians have made health care a major part of their campaigns, and that’s in line with the priorities of Democrats and Democratic-leaning independents. Some 87% say it’s “very important” for candidates in the upcoming debates to discuss the topic, topping a list that includes women’s issues, climate change, gun policy and income inequality.

Implementing a Medicare for All-type system, however, doesn’t rank as high when looking at health care topics. Some 28% of respondents want to hear how the candidates would lower the amount people pay for health care and another 18% want them to discuss increasing access to care.

Medicare for All comes in at 15%, just below protecting the ACA and protections for those with pre-existing conditions.

NBC News will host the first Democratic debate on June 26 and June 27, followed by CNN on July 30 and July 31.