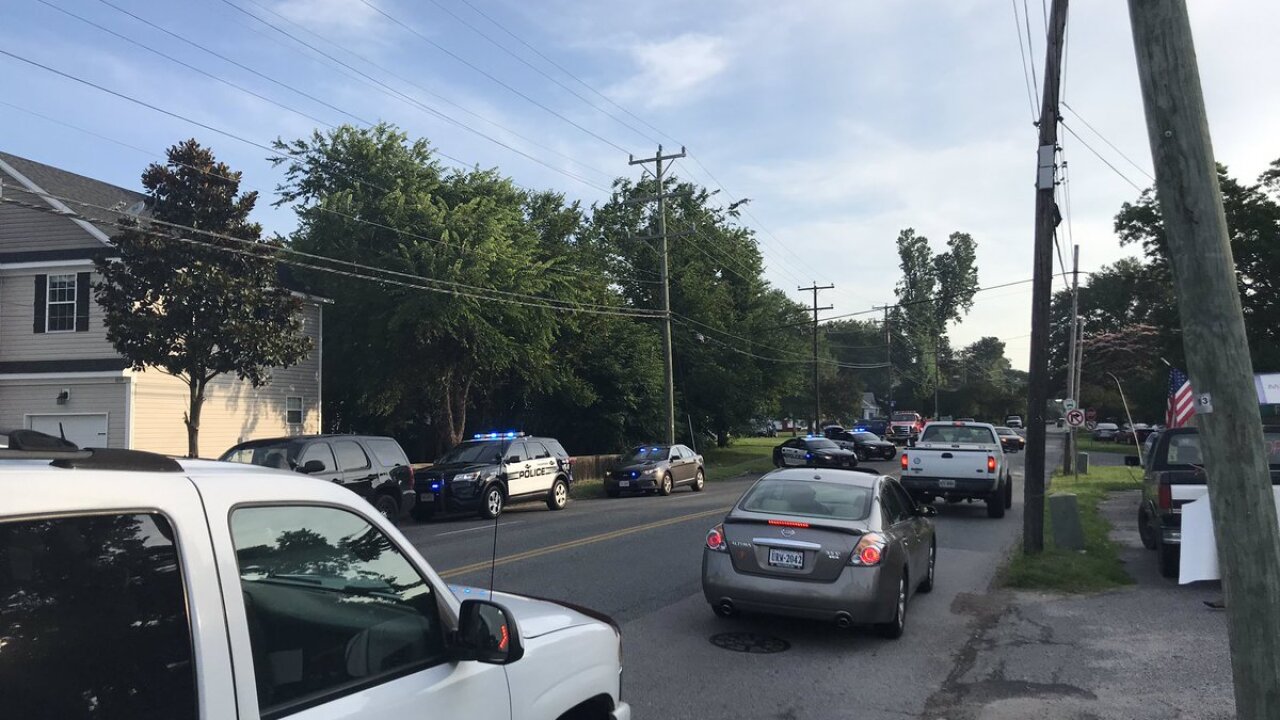 CHESAPEAKE, Va. – Police in Chesapeake were looking for 40-year-old Murah Loyal, who is accused of assaulting a resident known to him at a South Norfolk home Tuesday morning.

Officials said police were looking for Loyal after the incident in the 1000 block of Middle Street. They added that police thought Loyal had barricaded himself in the home but found out later he was not there.

Police said he allegedly came to the home and injured at least one person.

Loyal was wanted for domestic assault, abduction and strangulation.

Around 9 a.m., police received a tip that the suspect was in a house in the 2600 block of Bainbridge Blvd.

Officials did a “surround and call out” where they surrounded the home with officers and called for the suspect to come out. He surrendered without incident, according to police.

The area near Middle Street is now secure and will be opened up.

Chesapeake Swat team on Bainbridge Blvd. say man barricaded himself inside a home in Middle Street. Scene causing some traffic back ups in area. https://t.co/CFiJnfhXgQ pic.twitter.com/U6HM5bkciq