TCC student takes action to build his own arm 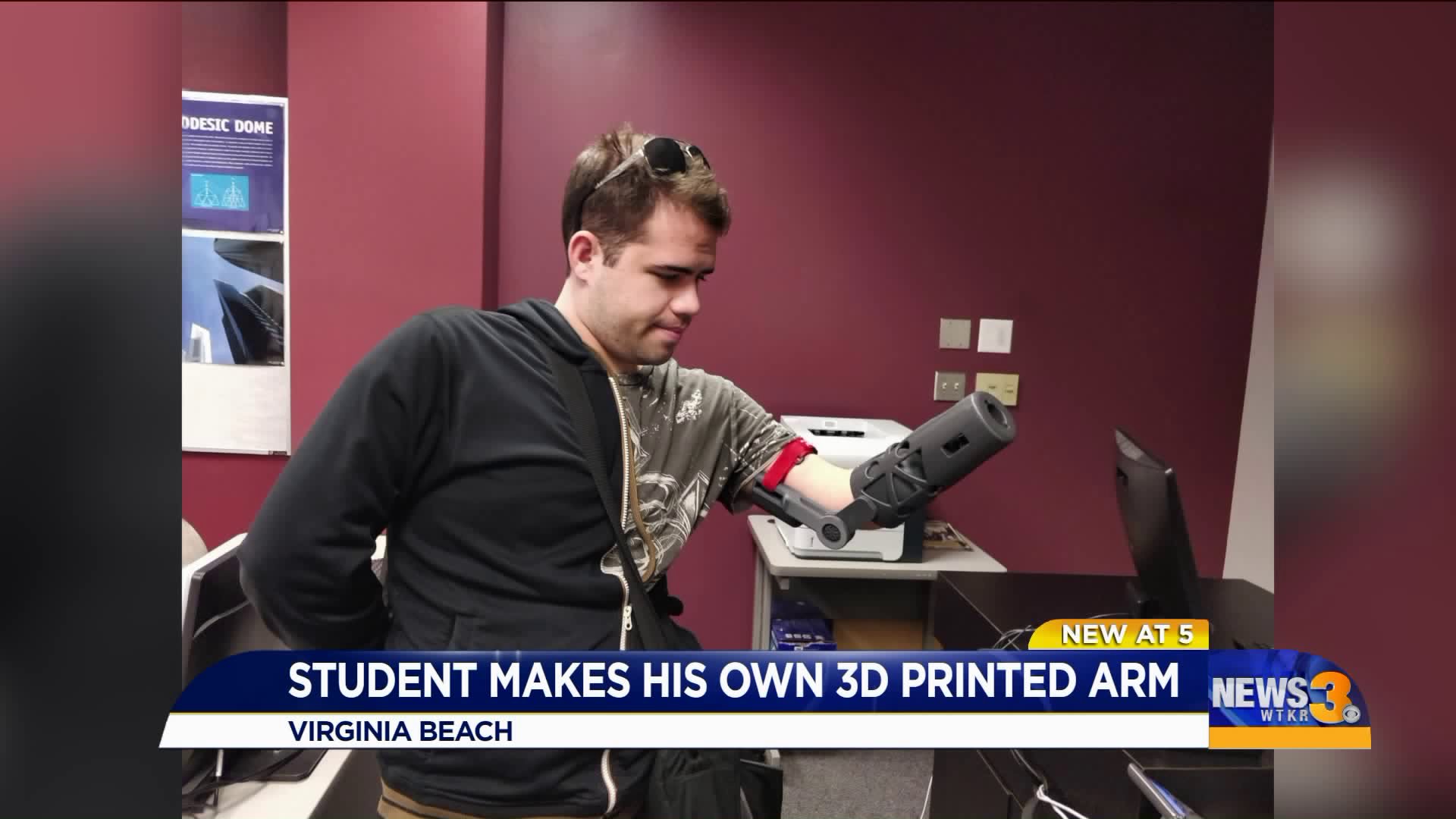 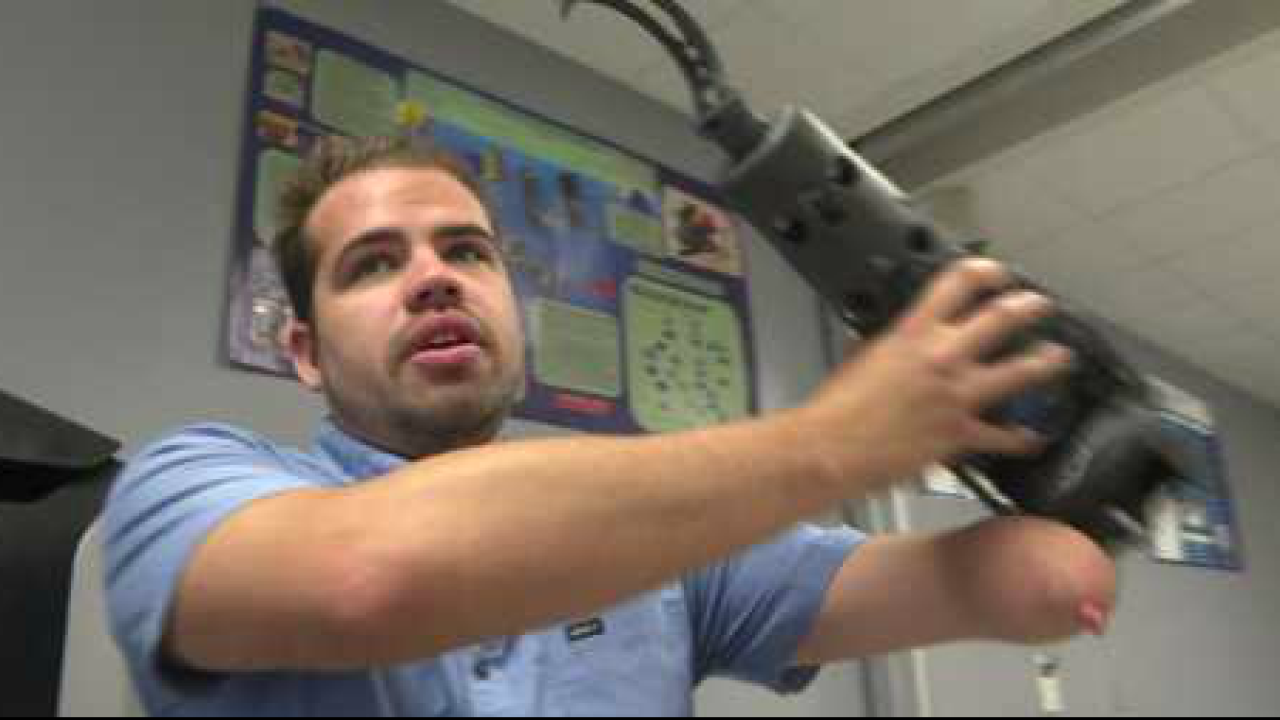 VIRGINIA BEACH, Va. - Born with no arm, a Tidewater Community College student is taking action for himself by building one in class.

News 3 met up with AJ Bafetti on the TCC Virginia Beach campus.

“I was born without a limb because the umbilical cord got caught up in the arm, which affects the development of cells,” said Bafetti.

Having one arm hasn’t stopped this Chesapeake native.

“One of the things I noticed from the beginning: He was pretty fearless and ready to tackle anything. He really didn’t seem to view his missing arm as a limitation,” said head of the TCC engineering program, Paul Gordy,

The 22-year-old engineering student’s passion for building things began at a young age.

His creativity was kicked into high gear when he got to use a 3-D printing machine while studying engineering at TCC.

Bafetti said he had other prosthetic arms but didn’t like they way they fit, so nine months ago he came up with the idea of making his own.

“I’d certainly never thought of it, but when he came up with the idea, it’s like, 'Wow, what a wonderful idea,'" said Gordy.

Gordy said he was been with TCC for 34 years and has never had a student like Bafetti.

Bafetti said he built his own arm using the school's 3-D printer, along with help from Engineering Club President Chris Gollogly. He said it took a few tries and said they came up with different versions.

“They build all sorts of robot parts and devices, but not anything as useful as a prosthetic,” said Gordy.

Bafetti showed News 3 around the classroom and explained how he turned a class project into something beneficial.

“[It's] a project that helps me stand out from other people,” said Bafetti

He created a prosthetic arm that he designed, made at school and now uses all the time.

“I think it’s just amazing when they can use technology for something that’s personal and so useful. I think it is just life-changing,” said Gordy.