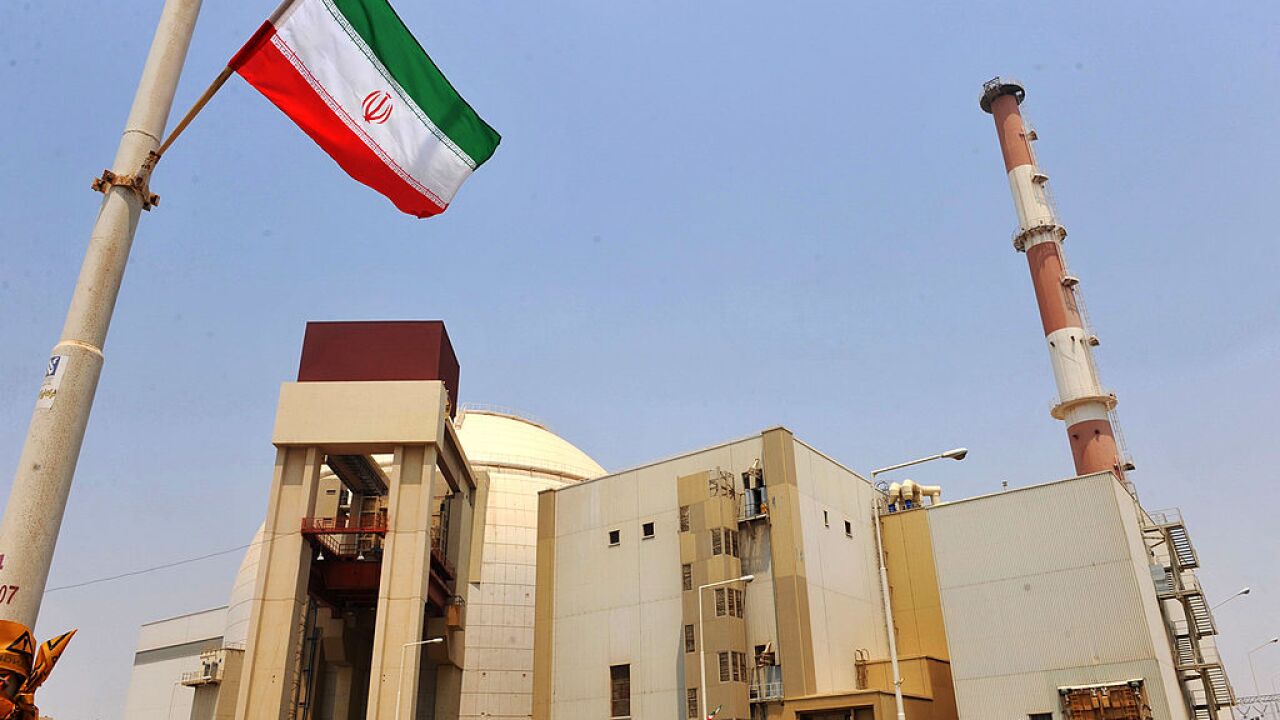 BUSHEHR, IRAN – AUGUST 21: This handout image supplied by the IIPA (Iran International Photo Agency) shows a view of the reactor building at the Russian-built Bushehr nuclear power plant as the first fuel is loaded, on August 21, 2010 in Bushehr, southern Iran. The Russiian built and operated nuclear power station has taken 35 years to build due to a series of sanctions imposed by the United Nations. The move has satisfied International concerns that Iran were intending to produce a nuclear weapon, but the facility’s uranium fuel will fall well below the enrichment level needed for weapons-grade uranium. The plant is likely to begin electrictity production in a month. (Photo by IIPA via Getty Images)

Iran will surpass the limit of low enriched uranium it is allowed to stockpile under the nuclear deal in 10 days, a spokesman for the Iranian atomic agency spokesman announced Monday, in the latest blow to the pact agreed with the United States and other world powers in 2015.

During a news conference at the Arak heavy water reactor facility, Behrouz Kamalvandi said that Iran had increased low enriched uranium production fourfold and would exceed the limit of 300 kilograms by June 27.

“If Iran feels that the sanctions have been reinstated or not lifted, Iran has the right to partly or on the whole suspend its commitments,” Kamalvandi said, referring to sanctions that were lifted as part of the nuclear deal but have since been reinstated by the US. The Trump administration withdrew from the pact in May 2018.

However, he said there was still time for European countries to save the nuclear deal if they “abide by their commitments.”

After exceeding the limit, Iran will accelerate uranium enrichment to 3.7%, Kamalvandi said — above the 3.67% mandated by the nuclear deal. Enrichment at this percentage is enough to continue powering parts of the country’s energy needs, but not enough to ever build a nuclear bomb.

Under the nuclear deal, Iran was permitted to stockpile limited amounts of enriched uranium and heavy water produced in that process, exporting any excess. Doing so has become extremely difficult after the US revoked waivers that allowed Iran to export those excess stockpiles, effectively forcing Iran to halt enrichment or ignore the limits, which it is now doing.

Monday’s announcement came after President Hassan Rouhani declared in May that Iran was reducing its “commitments to the deal” but not fully withdrawing from it.

Rouhani said at the time that Iran would keep its excess enriched uranium and heavy water, instead of selling it to other countries.

The development comes after two oil tankers were attacked in the Gulf of Oman on Thursday. The US and Saudi Arabia have blamed Iran for the attack, with Riyadh calling on the international community to take a “firm stand towards an exponential regime that supports terrorism and spreads killing and destruction.”

Iran has vehemently denied any involvement in the tanker incident. The country’s parliament speaker Ali Larijani accused the US of carrying out “acts of sabotage” against the two tankers in an effort to pressure Tehran, according to Iranian state-funded Press TV.