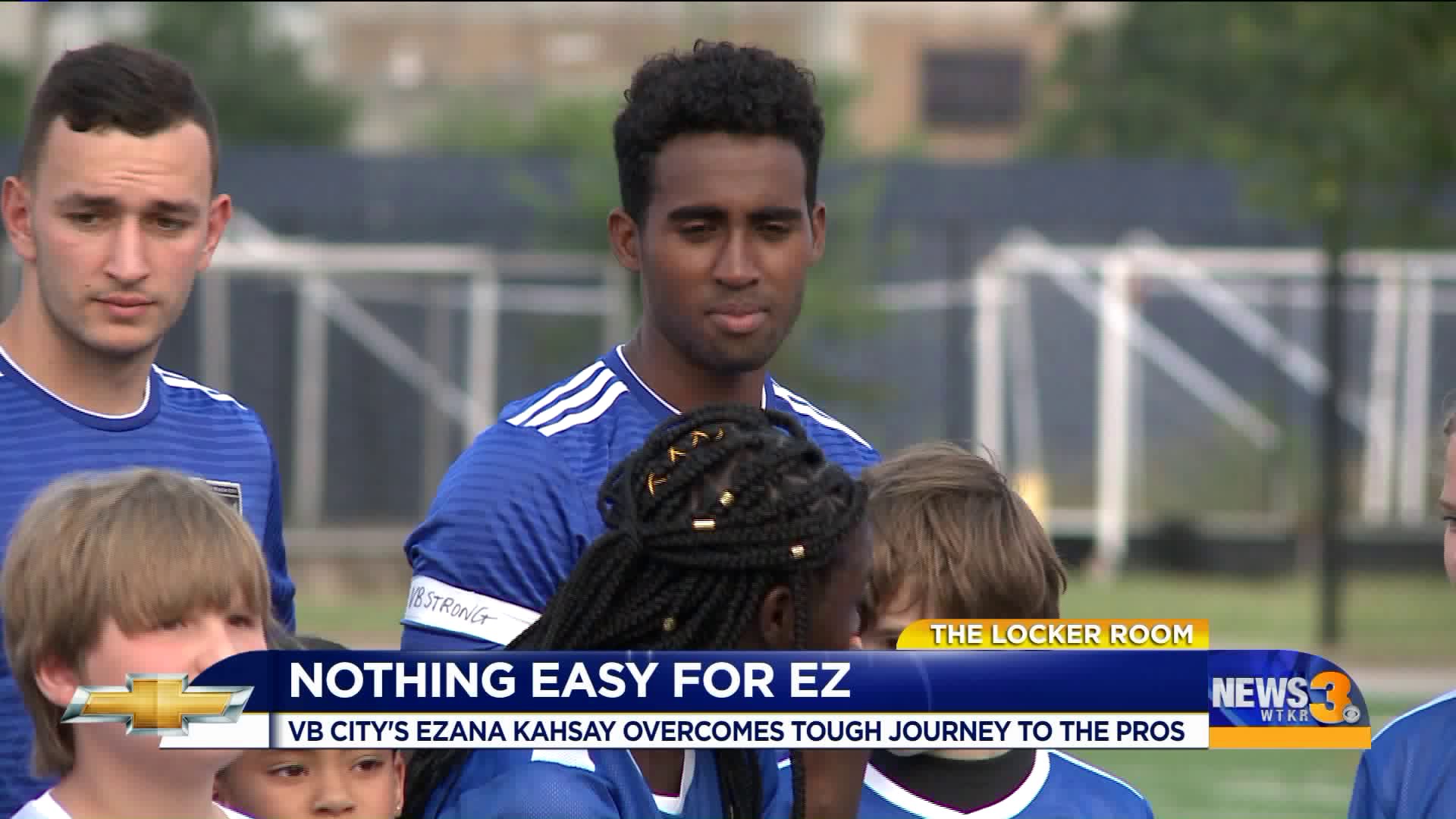 This season, VB City FC turned pro in their sixth year of operation, and they've delivered since making that move.

Through six games, they're still undefeated, and have a wide lead on first place in the Mid-Atlantic Conference of the National Premier Soccer League (NPSL).

"We've actually brought players in from all over the country," head coach Brian Hinkey said. "These are players that are looking for a professional atmosphere, a professional environment.

One of the players they brought in was Ezana Kahsay. Through six games, Kahsay has found the net five times. He scores goals easily, but his journey to Hampton Roads was far more difficult.

Back in 2005, Kahsay and his family fled Eritrea, a country in East Africa right outside of Ethiopia. They would end up in a refugee camp for some time before migrating to the U.S. in 2011.

"My mother took care of us, so we didn't feel anything then," Kahsay told News 3.

At 16 years old, speaking no English, Kahsay learned the language, and secured himself a scholarship to attend one of the nation's top soccer schools in Akron.

"That hardship, is what led us here. I'm committed for my future and  to take care of my family also."

One day he plans to coach the game he loves, but until then, he plans to keep making a name for himself in Hampton Roads.

"I'm committed to whatever I do."