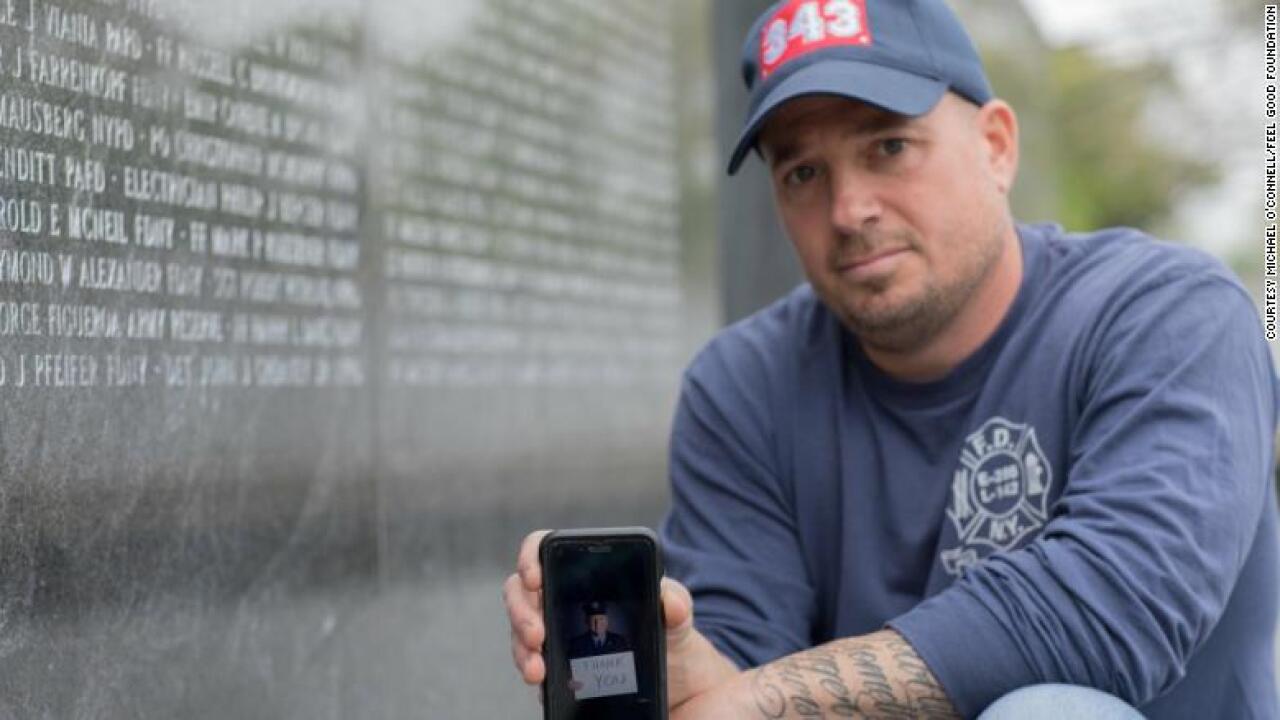 They are the people whose plight brought comedian and activist Jon Stewart to tears during an impassioned appearance before Congress this week over funds for other ailing first responders to the 9/11 terrorist attacks.

They bear lasting scars from their long hours of work in the pile of destruction that remained after the World Trade Center collapsed nearly 18 years ago.

They breathed in noxious air clouded with debris from the fallen buildings after officials assured them it was safe.

They have now discovered — long after the shattered heart of Lower Manhattan was brought back to life — debilitating illnesses and cancers festering in their bodies.

As of May, more than 12,500 cases of cancer had been diagnosed. The most-diagnosed ailments, however, are upper and lower respiratory and gastrointestinal problems, musculoskeletal disorders and mental health conditions.

Here are two of their stories:

John Feal and his crew of demolition experts arrived at ground zero the morning after the towers collapsed.

“What everybody saw we can deal with … but the smell is everlasting,” he recalled this week. “If I close my eyes and think about it, I smell it.”

It still keeps him up at night.

With machines, tools and their hands, the small army of civilians ferreted through tons of twisted steel, rubble and debris.

On the fifth day, with 30 minutes left on his 12-hour shift, an 8,000-pound slab of steel broke loose from the pile and crushed his left foot.

Feal, 52, spent 11 weeks in the hospital. Doctors amputated his left foot after gangrene set in. He had nearly 40 surgeries and countless hours of therapy. He also was diagnosed with post traumatic stress disorder.

“I went there thinking that I could make a difference and I got hurt,” he said. “My difference making came later.”

He founded the FealGood Foundation, which has spearheaded efforts to keep the US government supporting the September 11th Victim Compensation Fund. Their latest appeal comes amid a growing of serious illnesses and deaths among first responders.

This week, Feal and other responders appeared before Congress as Stewart shamed lawmakers for not unanimously backing an extension of the fund. Many members of a House Judiciary Committee did not show up for the hearing, leaving the room mostly empty.

A frail Luis Alvarez, a retired NYPD bomb squad detective and military veteran, was one of the first responders who testified in Washington. The next day he underwent his 69th round of chemotherapy for the cancer he got after toiling at ground zero.

“I have been to many places in this world and done many things, but I can tell you that I did not want to be anywhere else but ground zero when I was there,” Alvarez told lawmakers.

NEW YORK – SEPTEMBER 11: An unidentified New York City firefighter walks away from Ground Zero after the collapse of the Twin Towers September 11, 2001 in New York City. The World Trade Center’s Twin Towers and the Pentagon were attacked by terrorists using commercial airliners as missiles. (Photo by Anthony Correia/Getty Images)

He added, “Now the 9/11 illnesses have taken many of us and we are all worried about our children, our spouses and our families and what happens if we are not here.”

Feal praised the personal sacrifice people like Alvarez make in traveling to Washington on behalf of the new victims being identified every day.

“They go for the tens of thousands of people who didn’t get their awards yet,” he said.

“Getting them down from where they live in New York or New Jersey, down I-95 and changing their oxygen tanks or going into a rest stop to take their medications. It’s a burden on them psychically and mentally. These trips are brutal.”

More than 2,000 deaths have been attributed to illnesses associated with 9/11, Feal said. He has attended more than 180 funerals.

“On average we lose somebody every 2.7 days,” Feal said. “We can go a week or a month without losing somebody and then three people can die in two days, and then five people die in four days.”

There have been seven deaths in the last nine days.

The continued suffering makes September 11, 2001, the “longest day in the history of days,” he said.

“There are tens of thousands — hundreds of thousands of people because of extended families and direct families — (for whom) this day will never end.”

Michael O’Connell was a 25-year-old probationary firefighter on the morning of the attacks. He joined the department several months earlier after a stint with the NYPD.

He rushed from his home on Long Island to the Queens firehouse where he did his field training. He soon joined a busload of firefighters en route to Lower Manhattan. They learned along the way that the south tower had collapsed.

“A fellow firefighter turned to me and said, ‘Do you realize how many guys we just lost?” O’Connell told lawmakers in Washington this week. “The truth was that I didn’t have a clue.”

The day was the first of many spent digging — sometimes by hand — through piles of rubble.

Nearly two decades later, O’Connell, now 43, cannot erase one lasting memory: The screeching sound of the distress alarms attached to the portable air packs worn by firefighters. The alarm is intended to assist rescuers in locating a user who is incapacitated or in need of help.

“For the first few minutes of our arrival, and the countless hours that passed, that is all we heard,” he said. “Our brothers were trapped beneath that pile of concrete and steel and we could not get to them.”

“It is a difficult memory, but one that keeps me going,” O’Connell said of the haunting sound that plays in his head at night.

“It reminds me that those men and women who gave their lives that day were selfless, and I try my best to live my life to that standard.”

Of the 2,753 people who perished at the World Trade Center site, 343 were New York City firefighters, 23 were New York City police officers and 37 were officers at the Port Authority. The attacks on the Pentagon killed 184 and 40 people died when Flight 93 crashed near Shanksville, Pennsylvania, bringing the total killed on 9/11 to 2,977.

394304 07: Wellwishers cheer as recovery personnel drive by on their way to the World Trade Center site September 12, 2001 in New York City. (Photo by Mario Tama/Getty Images)

At the firehouse after hours of work at ground zero, O’Connell saw a printout with the names of the dead.

“I was handed a list of hundreds of names of men that aren’t going to be able to go home to their children, to their wives, to their families,” he told CNN. “And there were a few names that I did know — guys that went to the academy with me, people I went to high school with.”

It wasn’t until January 1, 2007, that O’Connell would learn he was ill from the time he spent on the pile. His wife was six months pregnant with the first of their three children.

“I couldn’t get out of bed, and it had felt like someone came in my room that night, and beat me up with a baseball bat,” he said. “My legs, ankles and feet were so swollen. It made it very difficult to walk to the car to get to the doctor.”

When he finally made it to a doctor, the initial diagnosis was grim: He appeared to be suffering from advanced lymphoma and probably did not have much time left.

“All I wanted to do was make it long enough to see the birth of my first child,” he said.

The diagnosis was wrong. O’Connell later learned he had a rare autoimmune disease called sarcoidosis. He considers himself lucky.

“I was one of the youngest and first firefighters diagnosed with sarcoidosis,” he said. “Hundreds more have been diagnosed since. I spent the next few months in recovery and, with the proper treatments, I was able to get back on my feet.”

He retired from the fire department as a lieutenant in 2009.

“As a firefighter, or a police officer as I was, you have a pension,” he said. “I was 32 when I retired. So, as time goes by, that pension gets smaller and smaller as the cost of living goes up.”

Still, he worries more about the responders who are just learning that they’re sick.

“We need to continue fighting,” he said.