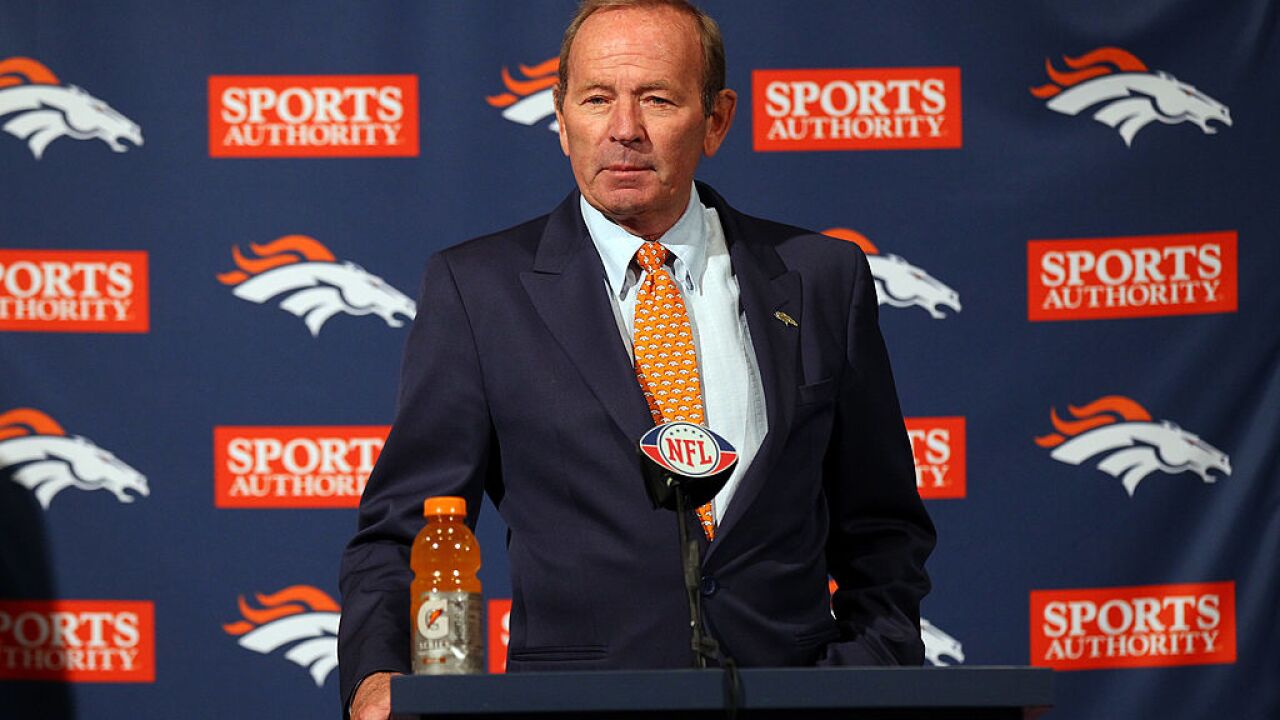 ENGLEWOOD, CO – MARCH 20: Majority owner, president, and CEO Pat Bowlen speaks during a news conference announcing quarterback Peyton Manning’s contract with the Denver Broncos in the team meeting room at the Paul D. Bowlen Memorial Broncos Centre on March 20, 2012 in Englewood, Colorado. Manning, entering his 15th NFL season, was released by the Indianapolis Colts on March 7, 2012, where he had played his whole career. It has been reported that Manning will sign a five-year, $96 million offer. (Photo by Justin Edmonds/Getty Images)

“We are saddened to inform everyone that our beloved husband and father, Pat Bowlen, passed on to the next chapter of his life late Thursday night peacefully at home surrounded by family. His soul will live on through the Broncos, the city of Denver and all of our fans.”

Bowlen, 75, had been battling Alzheimer’s disease.

In the statement, posted on the Denver Broncos’ website, the family paid tribute to their patriarch and thanked the fans.

“Our family wishes to express its sincere gratitude for the outpouring of support we have received in recent years. Heaven got a little bit more orange and blue tonight.”

The family also shared that not only did he have “a competitive spirit with a great sense of humor,” but he was kind and humble.

In February, Bowlen was inducted into the Pro Football Hall of Fame. He was elected as a contributor. In his tenure as Broncos owner, Bowlen’s teams amassed seven Super Bowl appearances and three titles (Super Bowls XXXII, XXXIII and 50). Bowlen ceded control of the team to Broncos president Joe Ellis in July 2014, when he announced that he has Alzheimer’s disease. Last June, Bowlen’s wife Annabel announced she also had been diagnosed with Alzheimer’s.

His daughter, Annabel, was at NFL Honors to represent him at the time.

“We Facetimed him to tell him the great news, and he was so thrilled to hear,” Annabel Bowlen said.