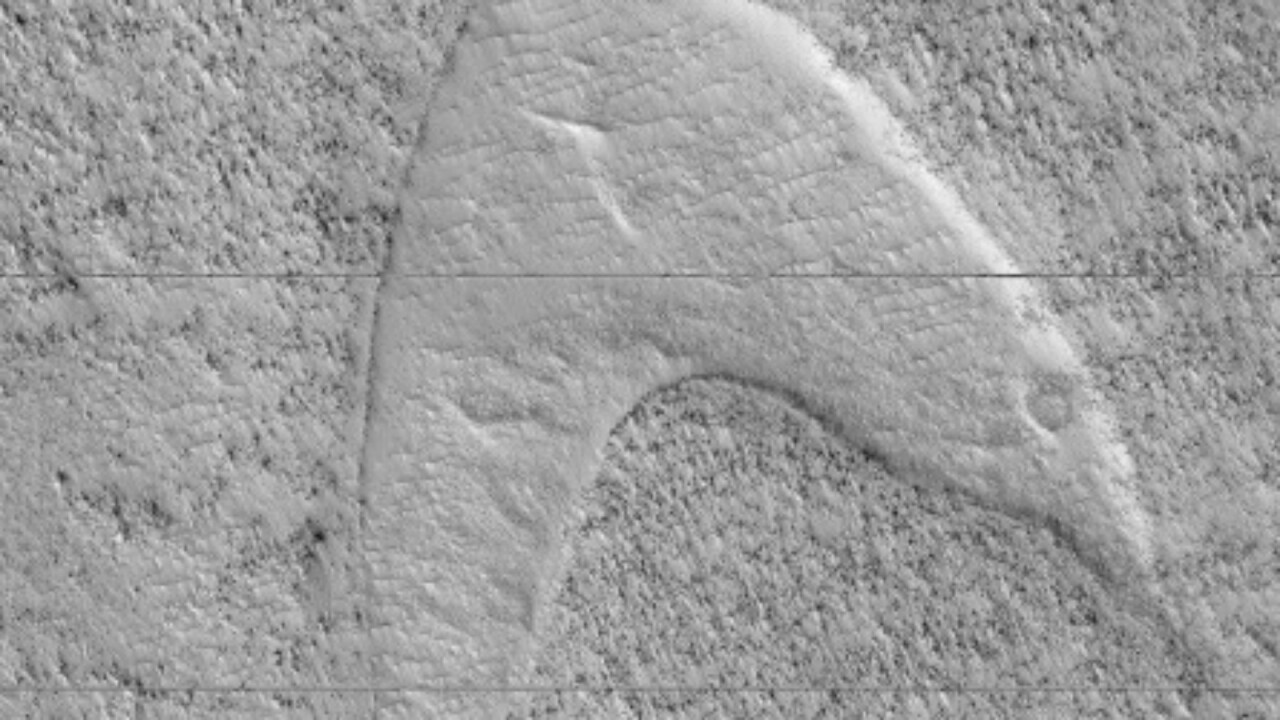 It may be time to hail Starfleet and see whether they’ve set up a base on Mars.

NASA’s Mars Reconnaissance Orbiter captured an image of a strange chevron on the Martian surface that looks similar to the symbol for “Star Trek’s” Starfleet, an organization of space exploration, diplomacy, research, defense and peacekeeping.

But how did it end up on the Red Planet?

The shapes were found in the southeast Hellas Planitia region of Mars, created by wind, lava and dunes. At some point in Martian history, crescent-shaped dunes were in the area. An eruption sent lava spilling out, moving around the dunes but not covering them. As the lava cooled, the dunes pointed up like islands.

But they were still dunes, so the wind could move them, and the dunes essentially migrated. Their footprints, called “dune casts,” were left behind in the lava field.

So, no, it’s not an alien habitat or Starfleet base — unless the United Federation of Planets has some explaining to do.