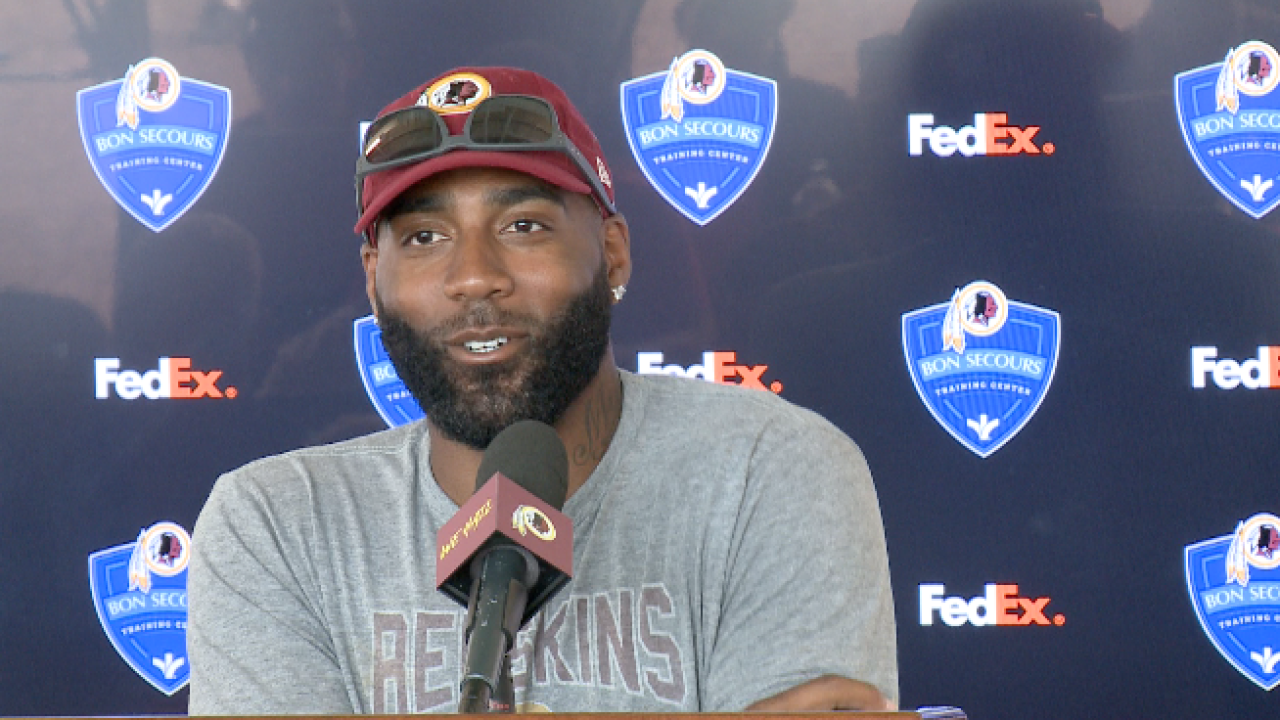 DeAngelo Hall during his retirement presser.

Beginning in July, Hall can be seen as an in-studio analyst on various NFL Network shows such as NFL Total Access and Good Morning Football, as well as on NFL Network’s on-location coverage of such events as the Super Bowl.

“DeAngelo is a 14-year NFL veteran who brings a ton of experience to the NFL Media Group,” said Galen Gordon, NFL Network Vice President, Talent Management. “We’re thrilled to have his analysis and expertise on our platforms.”

A first-round pick of the Atlanta Falcons in the 2004 NFL Draft, Hall played 14 seasons in the NFL, amassing 43 interceptions, 132 passes defensed, five interceptions returned for touchdown and 11 forced fumbles during his career. The three-time Pro Bowl defensive back played four seasons in Atlanta before being traded to the Oakland Raiders in 2008. Hall played eight games for the Raiders before his release, after which he signed with the Washington Redskins where he finished his career. Currently, Hall is tied for an NFL record for most interceptions in a single game (four) and holds the record for most career fumble return yards (328) in NFL history.

A native of Chesapeake, Virginia, Hall, a Deep Creek High School alumnus, played three seasons at Virginia Tech where he earned second-team All-American honors in 2003. In 2016, Hall was inducted into the Virginia Tech Sports Hall of Fame.